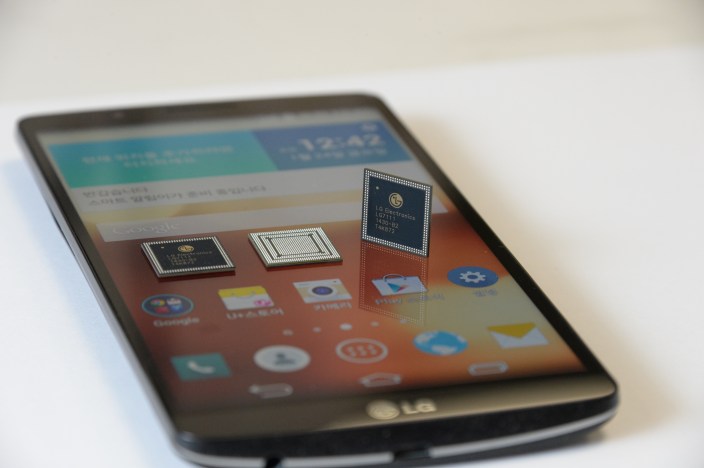 LG just dropped an TSMC-built octo-core NUCLUN bomb on us this evening. The smartphone and electronics manufacturer announced its own, long rumored ARM processor which will go into its phones later this year.

NUCLUN (pronounced NOO-klun) was designed using ARM big.LITTLE™ technology for efficient multi-tasking capabilities. The AP employs four 1.5GHz cores (ARM Cortex-A15) for high performance and four 1.2GHz cores (ARM Cortex-A7) for less intensive processing. The number of performing cores can be adjusted based on the requirements of the task for maximum processing power or maximum energy savings. NUCLUN is designed to support the next generation of 4G networks, LTE-A Cat.6, for maximum download speeds of up to 225Mbps while retaining backward compatibility with current LTE networks.

“NUCLUN opens up a new chapter in LG’s history of innovation in the mobile industry,” said Dr. Jong-seok Park, president and CEO of LG Electronics Mobile Communications Company. “With this in-house solution, we will be able to achieve better vertical integration and further diversity our product strategy against stronger competition. NUCLUN will give us greater flexibility in our mobile strategy going forward.”

The processor will debut in a Korean model phone and along with its 8 cores will carry LTE cat 6 capabilities on die. The LG Liger which leaked today is also expected to have the NUCLUN processor, if indeed these aren’t actually the same phone.