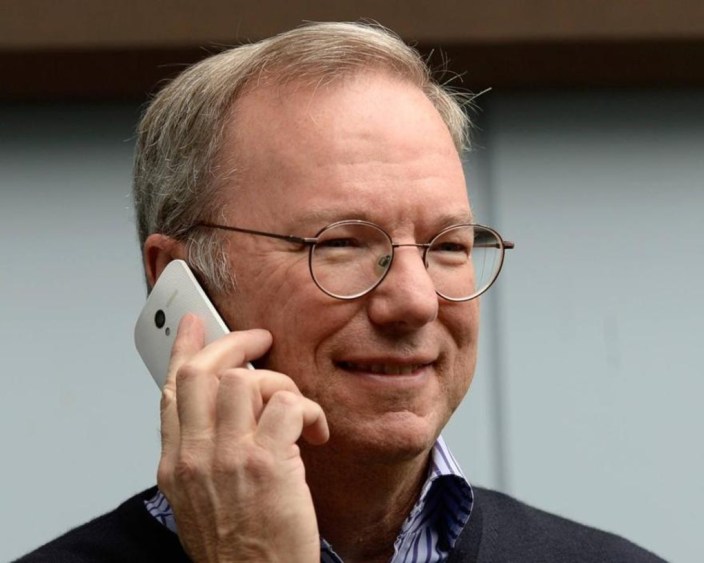 Eric Schmidt has been busy pounding the pavement promoting his new book How Google Works, but today the Google chairman switched gears and made a stop in Berlin to visit the headquarters of Native Instruments, a major producer of hardware and software for digital music production. In front of an intimate group of company founders, scientists and economists, Schmidt touched on important topics like innovation, tech and the future of the internet.

With domestic policies like the right to be forgotten law and Google’s ongoing battle with several European publishers, it’s clear that Schmidt’s views may be slightly different from his recent audience. Here are a few excerpts from the former Google CEO’s speech.

Google is one of those companies with significant investments on both sides of the Atlantic. We employ over 1,100 people across five offices in Germany, and last year alone invested over €200 million here. Overall, we have 9,000 people working in Europe and we have made capital investments worth €4 billion over the last four years. We’re deeply committed to this country, and we believe in this continent.

Advancements in web search and advertising

Maps now feel like such an integral part of search that most users probably can’t imagine Google without them. It’s the same with many of our changes. Your search just gets better and better over time. Google “Berlin weather” and you’ll no longer get ten blue links that you need to dig through. Instead, you’ll get the weather forecast for the next few days at the top result, saving you time and effort. Or Google “bratwurst” … and at the top will be images, nutrition facts, and a web page with a recipe. Along the way we had to think about making money too, or else all this innovation would have been unsustainable. Nikolai Tesla was an extraordinary inventor — one of the greats. But his innovations never got beyond the research phase — they never became available to millions of people because he failed to make them commercially viable. At Google, we started by putting unobtrusive text ads next to our search results. Advertisers bid via auction on different search keywords — mortgages, flights, tents, shoes, you name it. The beauty of this approach is that the ads are highly relevant to people, and advertisers only pay when users click. In addition, these ads have enabled a whole new generation of entrepreneurs — small- and medium-sized businesses who could never afford newspaper or TV ads, but can now reach a national or global audience using Google. I like to think of them as micro-nationals. Take Gerhard Schmieder, who makes cuckoo clocks in the Black Forest. Thanks to AdWords, he’s now exporting his beautiful, handmade clocks to the US and Asia.

The impact and importance of mobile devices

Technological change has also forced Google’s pace of innovation. Think about mobile. As our screens have gotten smaller, we’ve had to adapt and evolve. Searching on a mobile device is very different from a desktop computer. Speed and simplicity really matter. It’s why the best answer is quite literally … the answer. If you ask “how do I get to Hamburg by train”, you want the railway timetable right there on the screen — no extra effort required. And that is what Google provides.

Mobile also helps Google better understand your context, which in turn means better results. For example, if you search for “pizza” while you’re on Torstrasse in Berlin, we can show you pizzerias close to where you are — not way across town. And of course, mobile is at the forefront of voice search, which makes everything so much easier because talking is less effort than typing. Stand next to a historic monument and ask “how high is the Brandenburg Gate?” And we’ll get you the answer, right there on your screen. In case you are wondering, it’s 26 meters!

Allegations of unfair treatment to its competitors

This issue of providing direct answers to questions is at the heart of complaints being made about Google to the European Commission. Companies like Expedia, Yelp, and TripAdvisor argue that it deprives their websites of valuable traffic and disadvantages their businesses. They’d rather go back to 10 blue links. What’s interesting is that the traffic these websites get from Google has increased significantly — faster in fact than our own traffic — since we started showing direct answers to questions. That said, the amount of traffic going to other services should not be the main yardstick of success for Google because the goal of a search engine is to deliver relevant results to users as quickly as possible. Put simply, we created search for users, not websites. And that’s the motivation behind all our improvements over the last decade.

Allegations of Google’s search engine having a monopoly

If you want the news, you’ll likely go straight to your favorite news service. Bild, the most widely read newspaper in Europe, gets around 70% of its traffic directly, because people bookmark the site or type www.bild.de straight into their browser. A little over 10% of their traffic comes from search and just under 10% comes from social sites like Facebook and Twitter. As The Economist recently said: “social networks … have become an important navigation system for people looking for content across the Web”.

If you are looking to buy something, perhaps a tent for camping, you might go to Google or Bing or Yahoo or Qwant, the new French search engine. But more likely you’ll go directly to Zalando or Amazon, where you can research models and prices, get reviews, and pay for your purchase all at once. Research by the Forrester group found that last year almost a third of people looking to buy something started on Amazon — that’s more than twice the number who went straight to Google.

How Google is regulated

The reality is that Google works very differently from other companies that have been called gatekeepers, and regulated as such. We aren’t a ferry. We aren’t a railroad. We aren’t a telecommunications network or an electricity grid, with only one line going to your home, and no competitors allowed. No one is stuck using Google.

The future and competition

History has proven that size and past success are no guarantee for the future. Great companies can be surpassed swiftly. Look at Yahoo, Nokia, Microsoft, Blackberry and others who seemed unrivaled just a few years ago, but were disrupted by a new wave of tech companies, Google among them. Many of you are skeptical. I get that. You look at Google, Apple, Facebook, and Amazon and say there’s no way competitors can beat them. I’m less certain.

For one thing, these companies are each others’ biggest competitors, because in tech competition isn’t always like-for-like. Many people think our main competition is Bing or Yahoo. But, really, our biggest search competitor is Amazon. People don’t think of Amazon as search, but if you are looking for something to buy, you are more often than not looking for it on Amazon. They are obviously more focused on the commerce side of the equation, but, at their roots, they are answering users’ questions and searches, just as we are.

For a complete transcript of Schmidt’s speech in its entirety, swing by Google’s Europe Blog.