NYPD officers to be equipped with smartphones and tablets 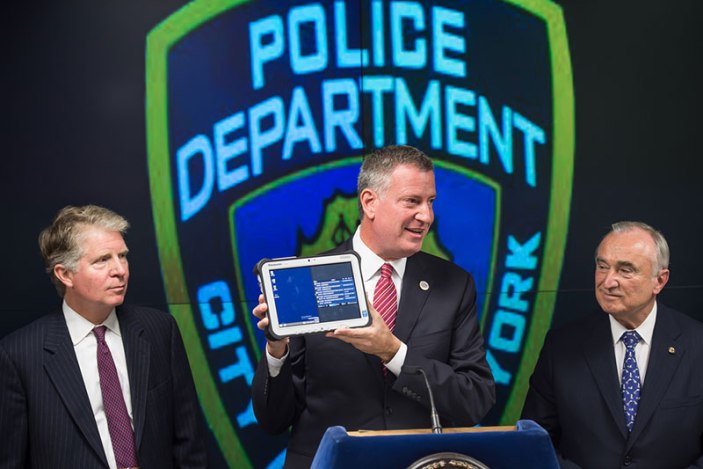 The New York City Police Department is about to distribute 41,000 mobile devices under a new $160 million program known as the NYPD Mobility Initiative. Financed by criminal asset funds, the project will equip New York’s finest with 35,000 mobile devices and 6,000 ruggedized tablets will be added to patrol vehicles.

“This technology funding will significantly help to advance the NYPD’s move into 21st Century policing,” said Police Commissioner William J. Bratton. “The timely access to critical information is key to effective policing and enhanced public safety. This initiative will clearly result in more efficient crime-fighting, counter-terrorism measures, and service to the people of New York City. I want to thank New York District Attorney Cyrus Vance for his invaluable support in furthering this important technological advancement.”

The addition of smartphones and tablets may not be as cutting edge as adding Google Glass to an officer’s standard gear, however it’s definitely a step towards streamlining law enforcement for the nation’s largest police force.