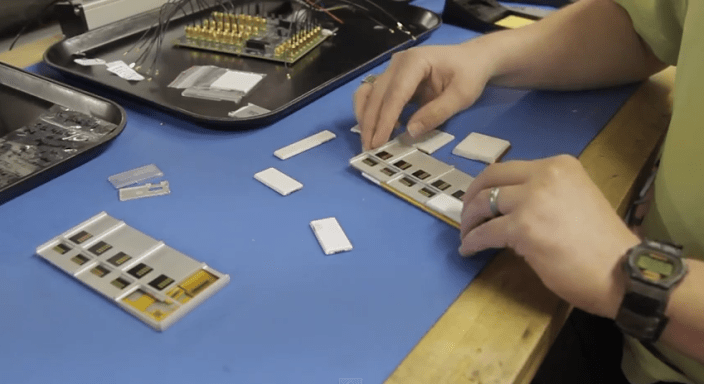 Google’s Project Ara is steadily making progress and the folks from Phonebloks recently paid a visit to NK Labs, a contractor working on the device’s prototype for Mountain View. The engineering firm sat down and talked about some of Ara’s recent developments, along with the challenges that come with taking on such a complex project.

The video shows a little hands-on action with the team’s “Spiral 1” prototype of the modular handset and reveals that the Ara’s “Spiral 2” build will feature a custom-made Toshiba chip that will be shown at the upcoming Project Ara Module Developers Conference In Mountain View on January 14th, 2015. The event will focus on the latest version of the Ara Module Developers Kit (MDK) and Google’s plans for an early market pilot program.