Amazon jumped the gun on the release of what appears to be two new Moto 360 products, both named after expensive booze. First, you have the Champagne (read: Gold) Moto 360 face and strap which will, according to the site, set you back $300.

On the other hand, the new Cognac strap ships at the same $249 price as current band/face combos and is definitely easy on the eyes. No word yet on standalone price.

Both are given a launch time of 1-2 months so maaaybe before Christmas? At time of writing, both were taken down by Amazon but not before someone gave them a 5 star rating. Screenshots below… 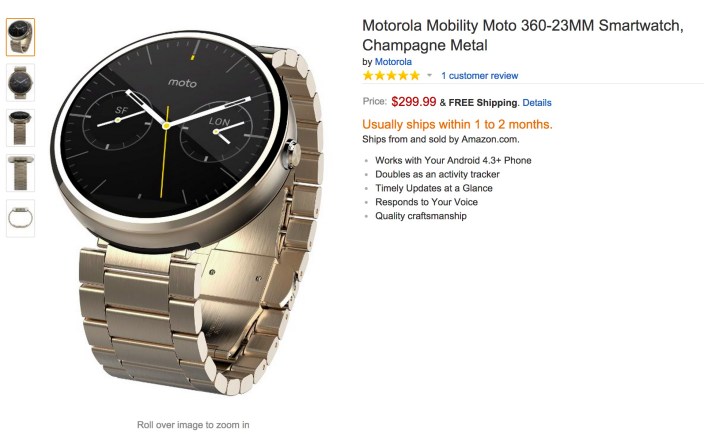 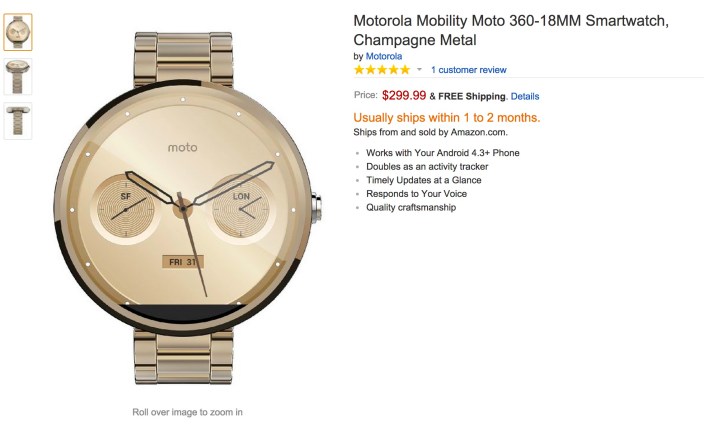 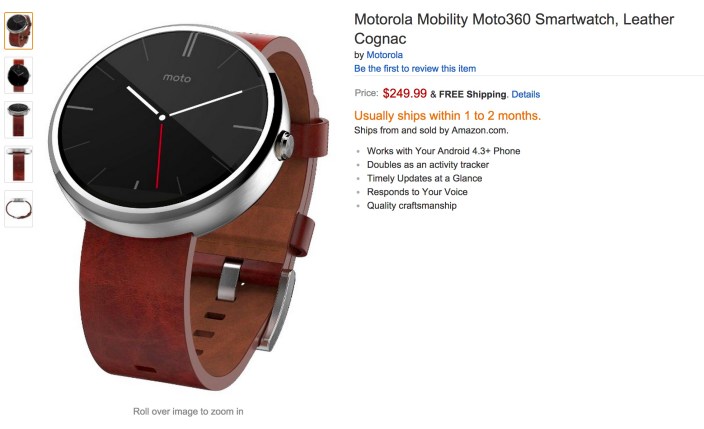