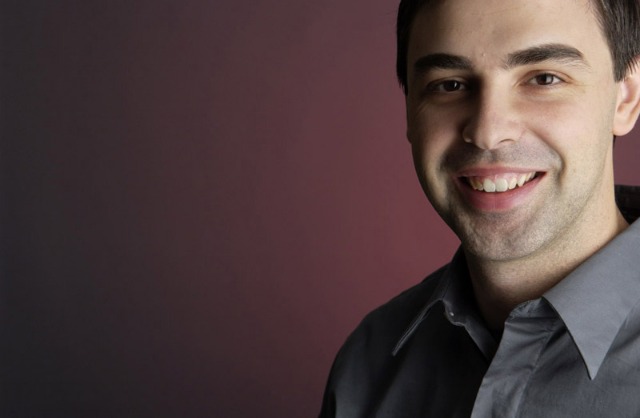 Larry Page recently sat down for an interview with the Financial Times that covered a wide variety of topics regarding the past, present, and future of Google and Page’s vision for the company. The executive wastes no time in confessing that he believes Google may be expansive enough that it’s time to consider a new mission statement.

When Page and his co-founder Sergey Brin created Google, their mission statement was simple: “Google’s mission is to organize the world’s information and make it universally accessible and useful.” Since then, the company has evolved into something beyond just a search engine, with a hand in everything from smartphones, to laptops, to robotics research, and even stuff that sounds like it came straight out of science fiction.

Page says he believes that, given enough time, Google (or perhaps the tech industry at large) “could probably solve a lot of the issues we have as humans.” He says that a lack of ambition in Silicon Valley is a much bigger detriment to those goals than a lack of funding.

The CEO isn’t just focused on solving problems with Google. As an example, the Times notes that in some meetings, a conversation about how Google’s data centers operate might lead to talk of how much the company pays for power to run those facilities. From there, Page might start investigating ways to make the power grid run more efficiently to save money not just for Google, but for everyone.

One particular area that Page feels can be used to make a significant positive impact on the world is robotics. As we’ve noted before, Google is attempting to find ways to incorporate artificially-intelligent machines into every aspect of our lives, from manufacturing to medicine.

He also says he’s not afraid to cost workers their jobs if a robot can do something more efficiently:

A perennial optimist when it comes to technology, he argues that all that will change. Rapid improvements in artificial intelligence, for instance, will make computers and robots adept at most jobs. Given the chance to give up work, nine out of 10 people “wouldn’t want to be doing what they’re doing today”.

What of people who might regret losing their work? Once jobs have been rendered obsolete by technology, there is no point wasting time hankering after them, says Page. “The idea that everyone should slavishly work so they do something inefficiently so they keep their job – that just doesn’t make any sense to me. That can’t be the right answer.”

Page says, for example, that by relying on mechanized labor rather than human for construction, the price of homes could be cut significantly. He would eventually like to see $1 million homes cost a fraction of that, as low as a mere $50,000, he says. In fact, there’s no way to avoid these changes, Page insists: “You can’t wish away these things from happening, they are going to happen.”