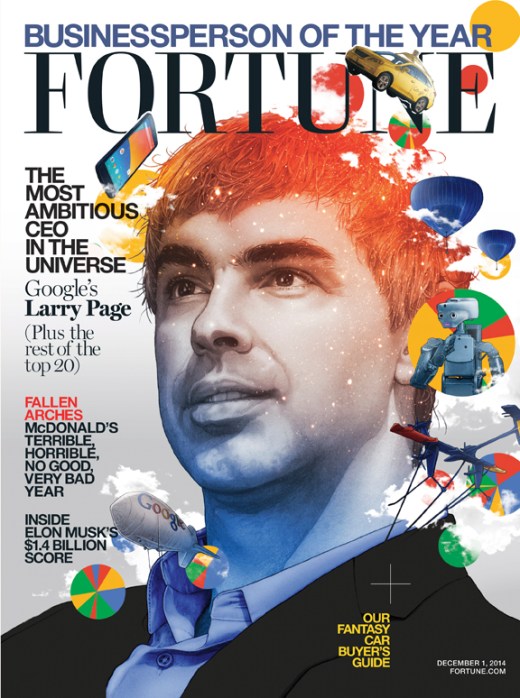 Nearly four years into his tenure, Page has shown himself to be the world’s most daring CEO. His fabled “moonshots” now launch with regularity. Any one of them could change the lives of billions and help Google to remain at the top of the technology heap for generations. Improbably, Page has built his factory of the future while keeping Google’s multi-billion dollar business humming and positioning the company for a dominant role in the era of wearables and Internet-connected cars and homes. In a world where only the paranoid survive, Page has redefined paranoia into unbounded ambition.

Fortune published an article that goes more in-depth about why Page earned the top spot in this year’s list noting groundbreaking ‘moonshot’ projects as part of the company’s experimental Google X department as a big motivating factor. Included is a wide-ranging interview with Page where he discusses everything from recent acquisitions to what he learned from Steve Jobs: “I used to have this debate with Steve Jobs, and he would always say, ‘You guys are doing too much stuff’ …. He did a good job of doing one or two things really well…. We’d like to have a bigger impact on the world by doing more things.”

Fortune highlighted the top 10 executives on the list as well as some other notable tech execs that made the top 50:

The full list of 50 executives on Fortune’s 2014 Business person of the year list is available to view here.