Remember that spooky feeling you got when you first tried Google Goggles and it actually worked? Well, prepare to be creeped out yet again by the search giant’s new photo recognition tech. Google has developed a new machine-learning system that automatically assigns captions that accurately describes items displayed in a photo.

The company says that its new tech could eventually be used to help describe pictures to visually impaired people, or improve the way we look for images on its search engine. The idea is to translate the image description into a natural-sounding language describing how the photo’s subjects relate to each other.

For example, the image above describes “two pizzas sitting on top of a stove top oven,” which is a simple account of the photo. While the caption doesn’t get into intimate details like the color of the oven or the toppings on the pizzas, it’s still a solid description of what’s represented in the picture.

This project appears to be in its infancy, so we wouldn’t expect an app in Google Play anytime soon. However, if you’d like a tech-heavy description of what’s working behind the scenes, be sure to check out this paper for additional details. 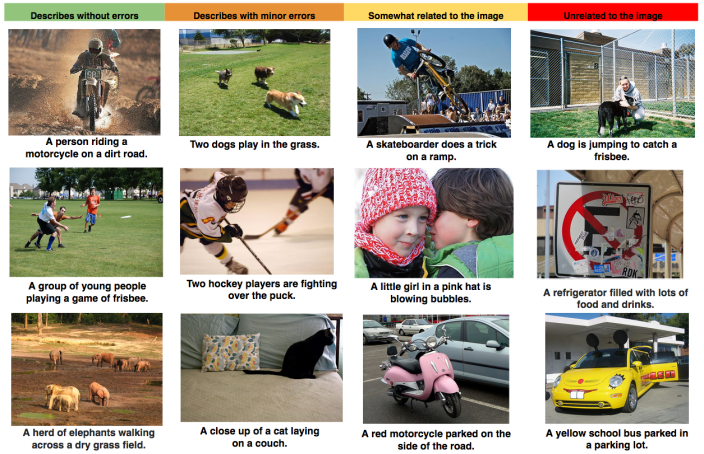