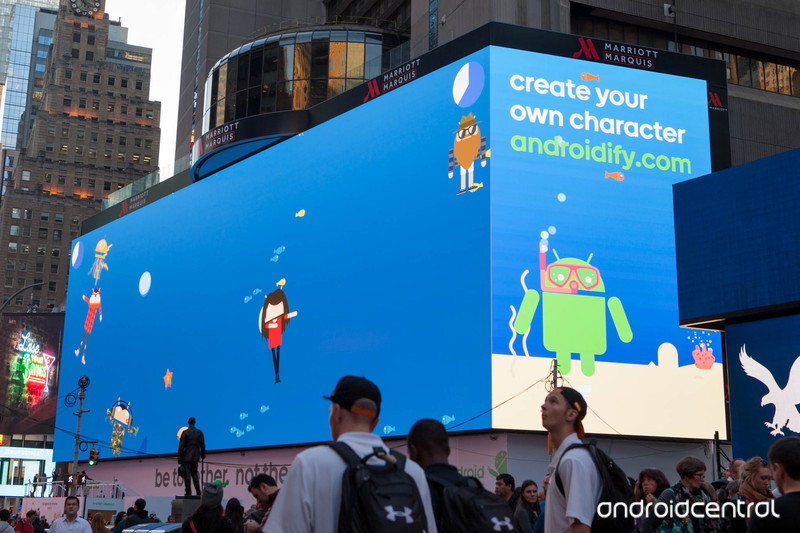 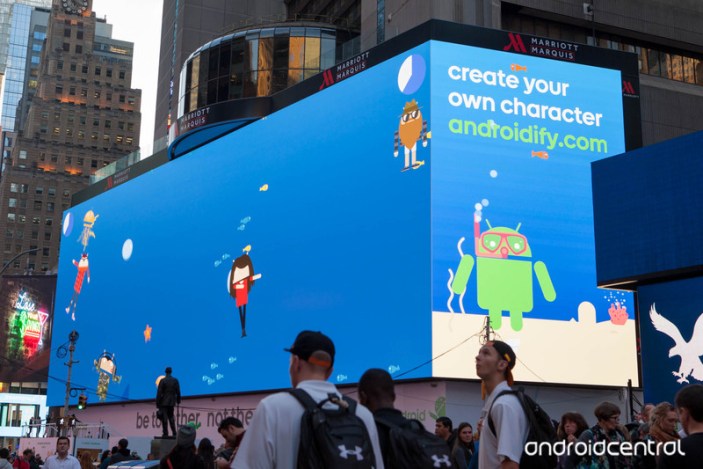 Google has taken over Times Square with a new Android ad on a massive billboard in the iconic intersection, one of the most popular tourist destinations in the world. The search company is using the largest digital screen in North America to promote its interactive campaign Androidify, which allows users to create and share their own Android mascot.

Android Central went eyes-on with the digital billboard, spanning the entire block between 45th Street and 46th Street in New York, in a recent video. Google has the 25,000-square-foot advertising space booked through the New Year, so the over 300,000 people that pass through Times Square each day will be treated to the interactive signage right until the ball drops.

Google will be running an interactive game on the billboard this week, in which users can create their own Android mascot through the Androidify website or app, wait in line and use their character to play soccer or swim on the big screen. Players control their character on an elevated stage that uses motion sensors like Xbox Kinect to track movements.

The search company is also reportedly expected to devote some advertising space to other Google products like Chrome and Nexus, alongside some screen time for six non-profit organizations: Made with Code, Charity Water, WWF, Khan Academy, NRDC, Donors Choose, and Give Directly. Google reportedly paid an estimated $2.5 million to rent the space for four weeks.

The companion Androidify app is free on the Play Store for Android.