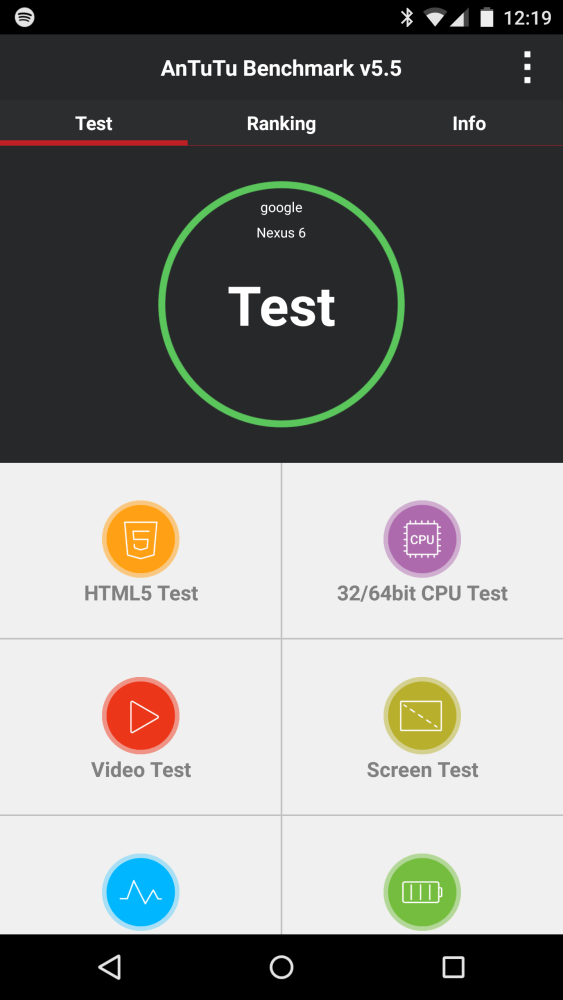 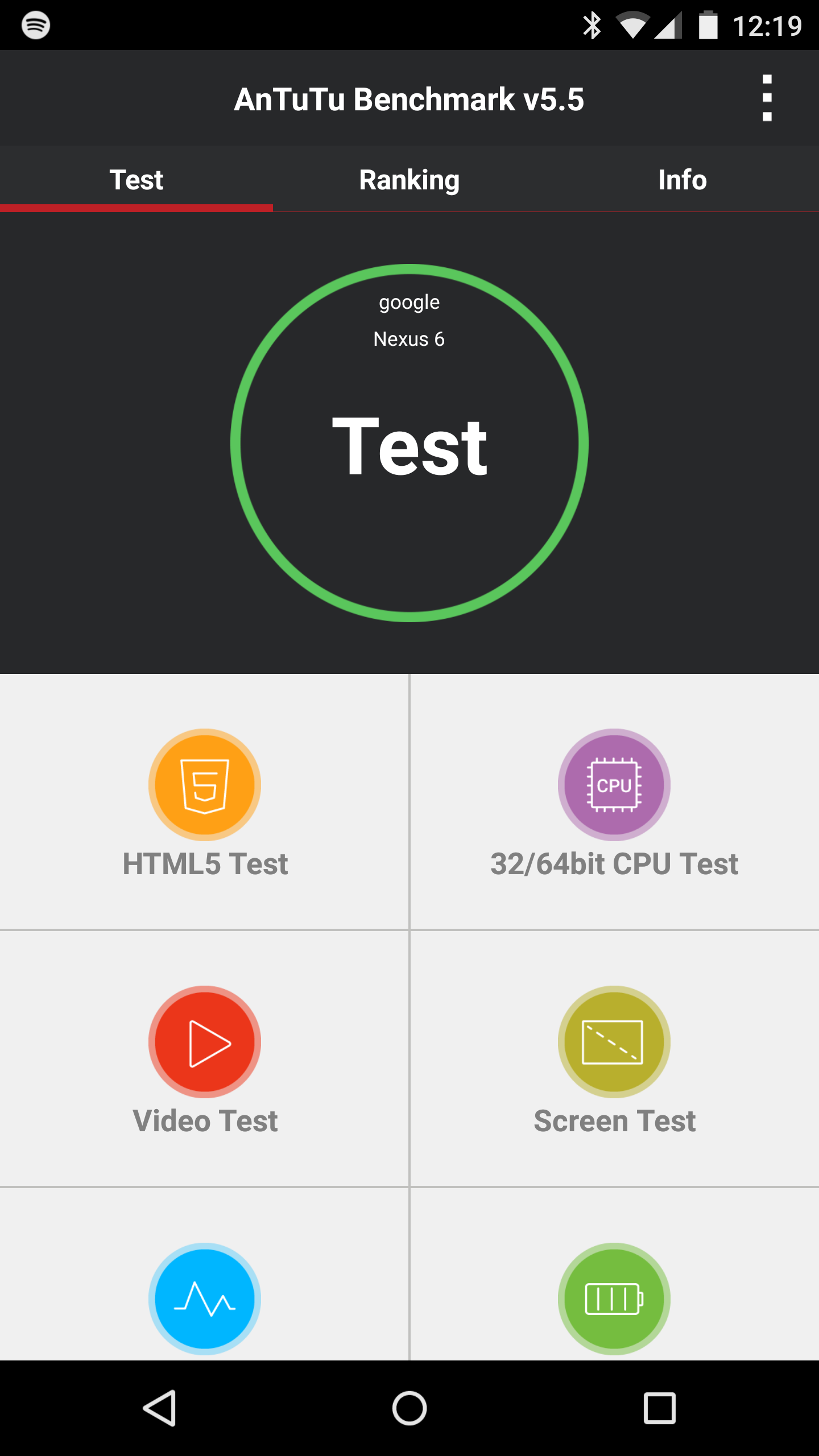 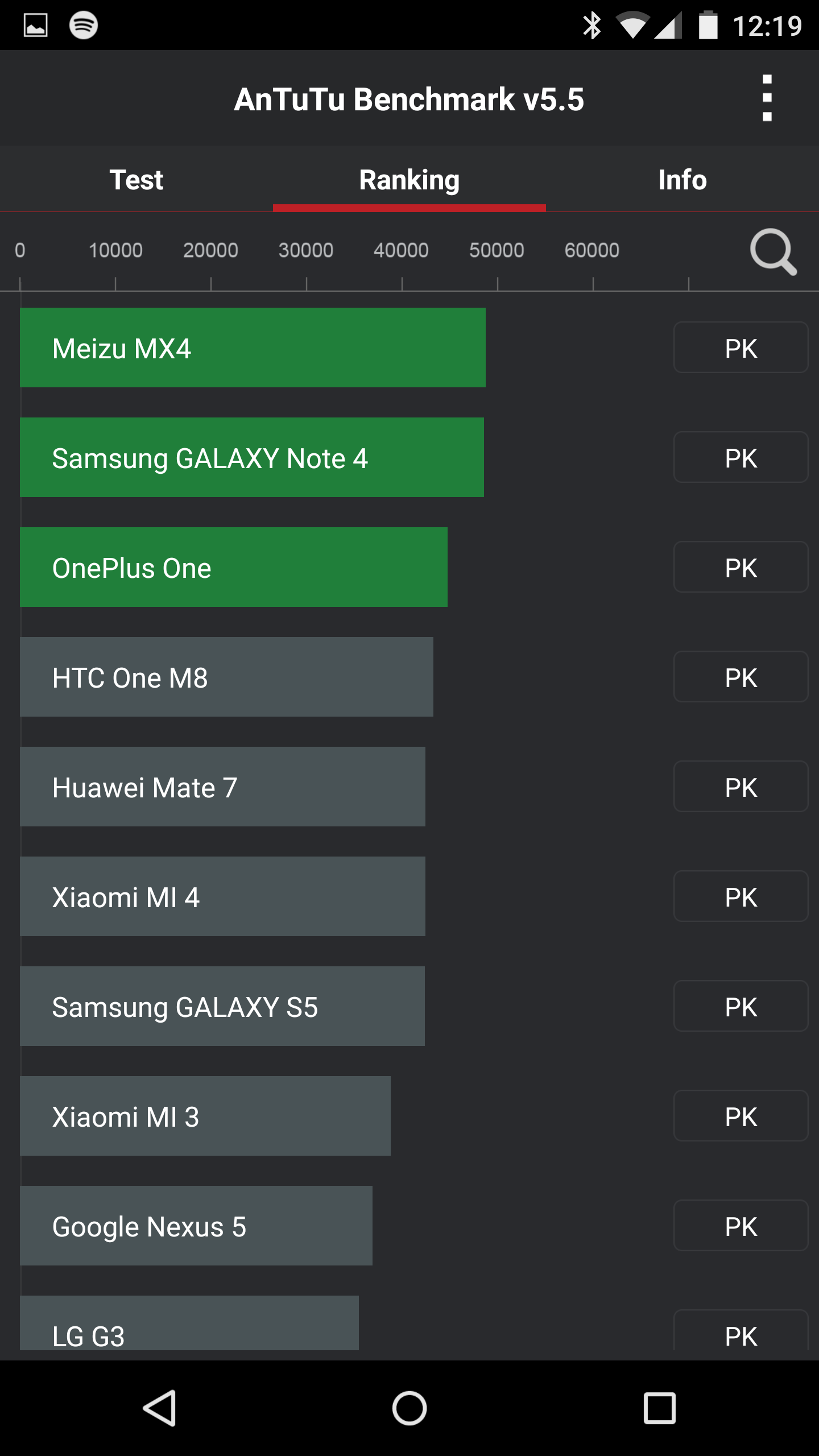 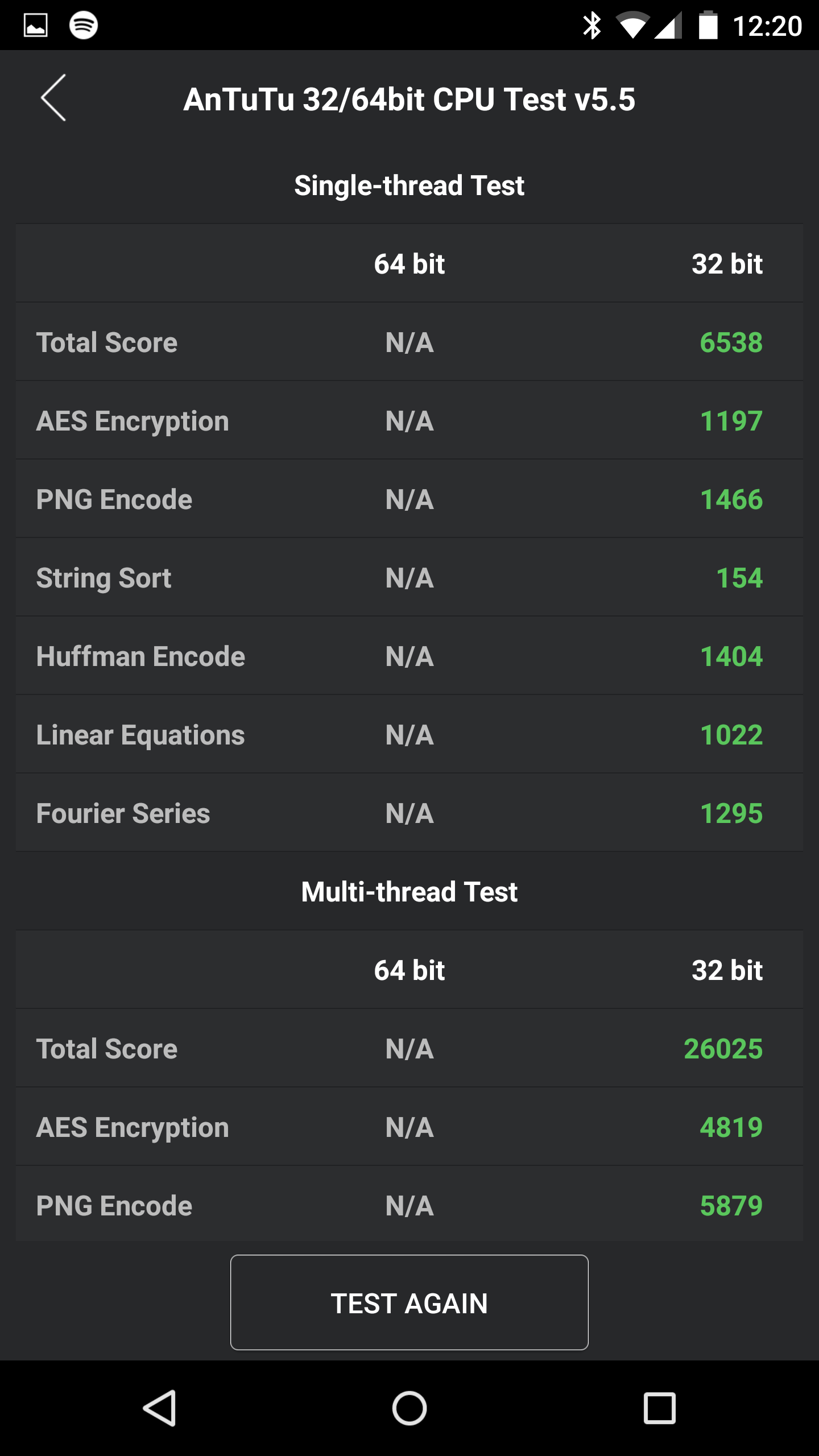 AnTuTu is likely a familiar name to you, as it’s probably one of the biggest sources of device specification leaks (most recently, a prototype Galaxy S6 was purportedly noticed). But unless it’s your job to test devices, it’s probably not likely that you actually use the AnTuTu Android app on a daily basis. Today, AnTuTu has updated said app to bring a completely new UI, support for 64 bit CPU testing, and a variety of bug fixes.

Google announced that Android would support 64-bit processors with the introduction of Android Lollipop, but sadly, even the company’s own flagship Nexus 6 ended up going with the 32-bit Snapdragon 805 (as we predicted it would). But with the next generation of flagships phones from Samsung, HTC, and others expected to land this upcoming Spring sporting the next-generation 64-bit Snapdragon 810, it makes sense that AnTuTu would want to make sure their app is ready.

Along with 64-bit CPU and 64-bit Android system support, the update also packs a completely redesigned interface. But oddly, going against what has been the overwhelming trend over the last several months, AnTuTu decided against going with anything even remotely close to being “Material.” Finally, as we always expect, the update comes with a fix for the 3D test not being able to complete on some device, and fixes for other bugs and crashes.

You can find the app and today’s update on the Play Store for free.