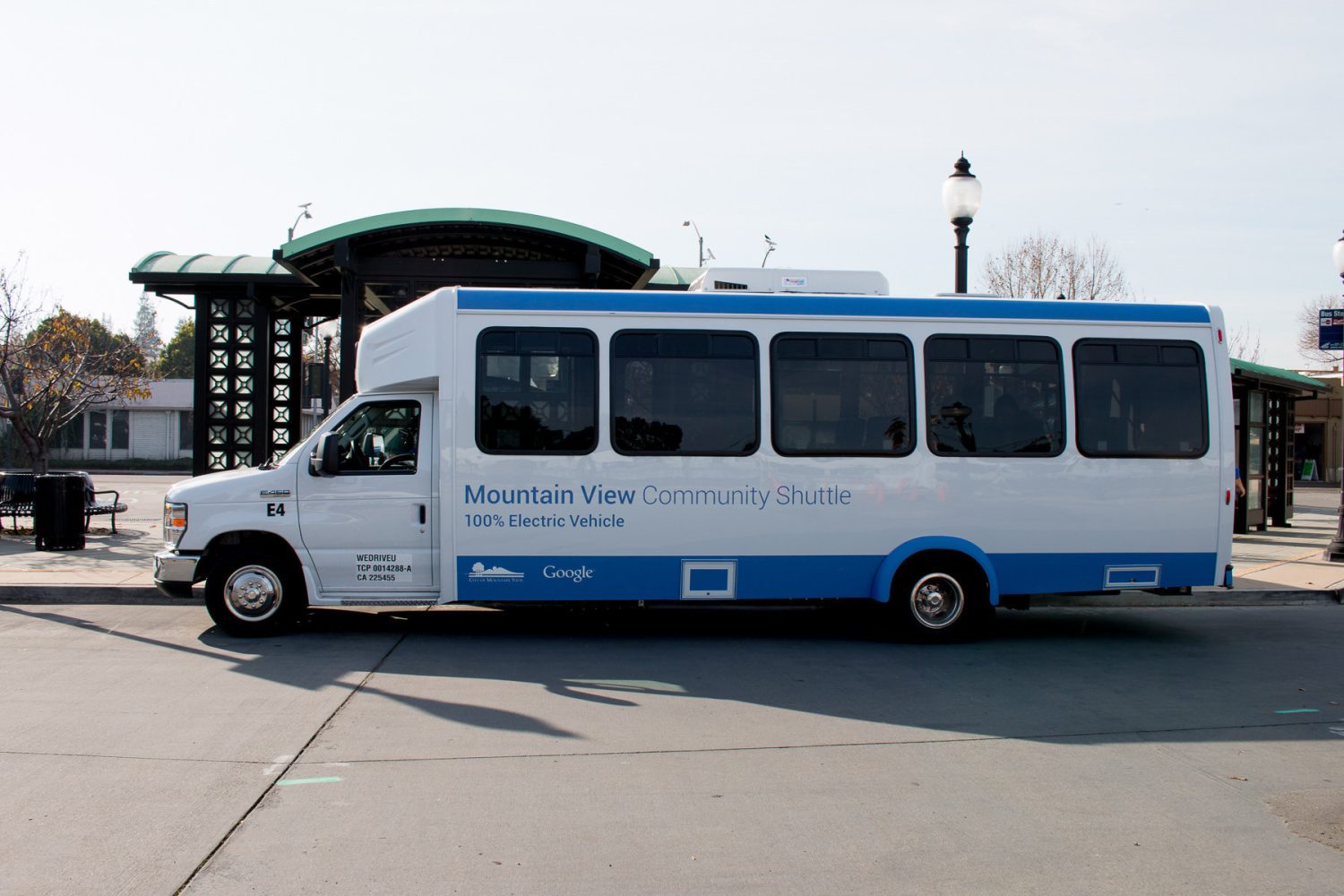 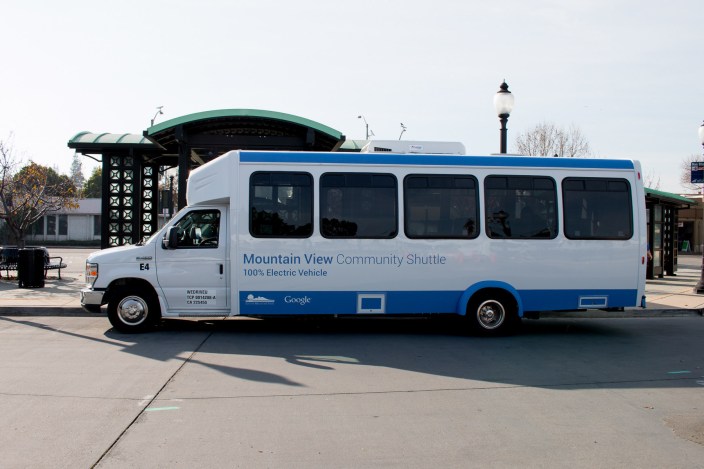 First announced in July of 2014, Google has this week launched—in partnership with Motiv and the city of Mountain View—a free shuttle service to help residents of the Santa Clara city get around town. Besides being completely free to the public, the service touts the fact that its first four shuttles are completely electric, can seat up to 16 passengers, have free WiFi for all riders, and have bike racks as well as wheelchair access.

The technology behind the buses—namely, their plug and play electric powertrain—is brought by Motiv Power Systems, but Google is funding the pilot project for at least the next two years. The electrification of the buses, however, was made possible thanks to the California Energy Commission, which provided grants to purchase the batteries as well as the electric powertrains, meaning Google didn’t have to dish out too much cash for these to be zero-emission vehicles.

Notably, the buses aren’t intended to replace any transportation infrastructure already existing in Mountain View, and the shuttles currently don’t run during commute hours. The buses run 10 a.m. to 6 p.m. during the week, and noon to 8 p.m. on weekends and holidays. If you live in Mountain View and you’re interesting in a detailed look at the bus schedule, you can find more information at Google’s new MVCommunityShuttle.com website.

FOSTER CITY, Calif., Jan. 13, 2015 /PRNewswire/ — Four new all electric community shuttle buses, funded by Google in a two year pilot project, are on the road in Mountain View, California. Known as the Mountain View Community Shuttles, the white and blue buses use modular, plug and play electric powertrain technology from Motiv Power Systems. The Motiv electric Powertrain Control System (ePCS) is the only product suite in the industry that electrifies truck or bus chassis as a ship-though option, using a variety of commercially-available battery packs and motors.

“We’re happy to be working with Motiv and the City of Mountain View on the new electric community shuttles,” said Meghan Casserly, Google spokesperson. “We hope the shuttle system makes getting around a little easier–and greener–for all of our neighbors.”

The Mountain View Community Shuttle service is aimed at moving residents and visitors through the City between neighborhoods, shopping centers, medical complexes, City facilities and recreation areas. The four electric shuttles are free to the public and are equipped with seating for 16 passengers, a wheelchair lift, space for two wheelchairs, WiFi connectivity and bicycle racks on the outside of the vehicle. The free shuttles are being made available to help residents and visitors access recreational areas. City officials hope the service will reduce drive-alone traffic, as well as help residents get around town in a loop route.

“With these four buses, thousands of residents will get to experience firsthand what an electric bus can offer,” said Motiv CEO Jim Castelaz. “These buses demonstrate we don’t need to design new vehicles from the ground up to break their reliance on fossil fuel and offer zero-emission vehicle options.”

While the costs of the two year pilot program are supported by Google, the electrification of the shuttles was made possible through funding from the California Energy Commission (CEC). CEC grants allowed the bus and service dealer, ABC Companies to purchase the batteries, as well as the electric powertrains, and provide Google zero emission shuttles for the same cost as their fossil fuel counterparts.

“We’ve been watching the development of electric buses over the past few years,” said Jon Savitz, Senior Vice President, Business Development of ABC Companies. “Google’s commitment to clean, efficient transportation and their companywide culture of promoting new technologies gave ABC’s Ameritrans subsidiary an opportunity to apply Motiv’s fully electric drive system to their shuttle vehicles.  The Mountain View Community shuttles are the perfect showcase to apply this technology to our buses and bring cleaner public transportation to the residents and visitors of the city.”

The Mountain View Community Shuttles feature a Ford E450 chassis, the Motiv ePCS and an Ameritrans 285 shuttle bus body. With these shuttles, the Motiv ePCS, battery packs, and a motor were installed to replace the engine and transmission of a new incomplete chassis in a ship-through modification. This process, common in the truck and bus industry, is similar to a Compressed Natural Gas ship-through modification and allows for minimal changes between the fossil fuel and electric versions of the final vehicle. Existing truck and bus builders who already use incomplete chassis can use the Motiv ePCS product suite to build and sell electric versions of their existing truck and bus models.

For more information on shuttle routes, schedules, operations and, in the near future, a ride tracker to show where the shuttles are on their route, visit MVCommunityShuttle.com or call the hotline at (855) 730-RIDE (7433).