Google Wallet expands cash sending through Gmail to the UK 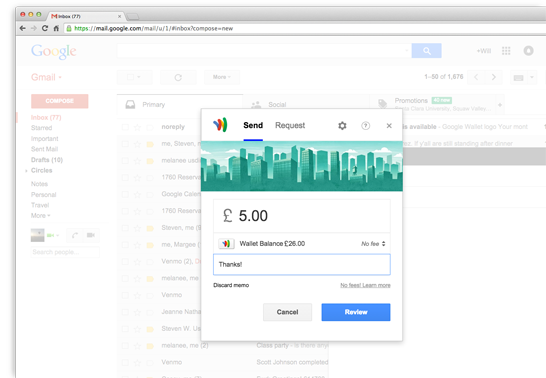 Starting today, Google is rolling out the ability for Gmail users in the United Kingdom to send cash as an attachment using Google Wallet, the company announced on its commerce blog.

Send Money in Gmail first rolled out in the United States after Google I/O in 2013, allowing Gmail users to send money as an attachment using Google Wallet without even requiring the recipient to be a Gmail user. Recipients just need a Wallet account, and the balance can be used on the Play Store or transferred to a connected bank account.

Initiating a cash transfer over Gmail using Google Wallet is as simple as adding an attachment to an email once you have your Wallet account set up. Under the attachment section on Gmail on the web UK users will start seeing the £ icon for attaching cash with Wallet. 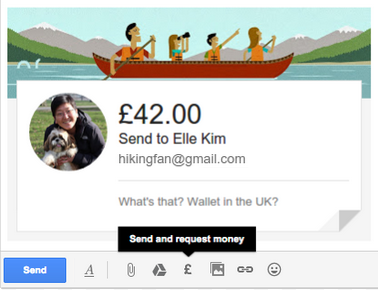 Google says the Send Money in Gmail feature will be rolling out over the next few weeks for UK Gmail users over 18 years old.