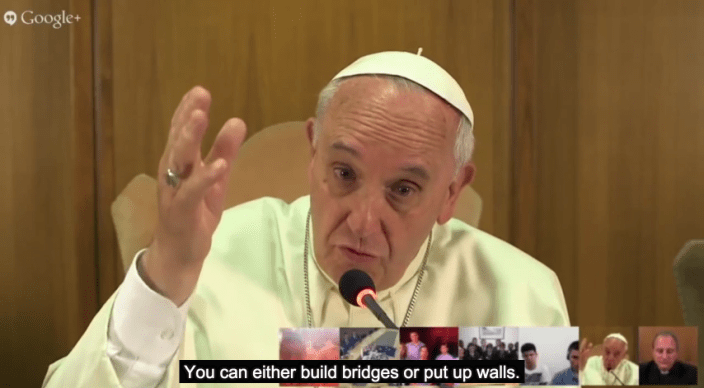 Update: You can now view the Hangout on YouTube:

As noted on the Google for Education blog, the Pope is currently planning to join his second Google+ Hangout with kids from around the globe. “Pope Francis will extend a virtual embrace to others around the world who have disabilities and special needs,” the post says, as he hosts his second Hangout straight from the Vatican. This time around, children will be joining from Brazil, India, Spain and the U.S.

The dialogue will take place this Thursday, February 5 at 4:00 PM (CET) and can be followed live from Scholas G+ page. Scholas Ocurrentes is an independent organization that the Pope has entrusted with the mission of uniting schools worldwide, regardless of race, gender, class, religion or sexual orientation. Google has been working alongside Scholas, contributing tools and expertise to help Pope Francis’ dream of a global network of schools for Peace come true.