Google introduces new set of “Be together, not the same” ads featuring furry “Android BFFs” 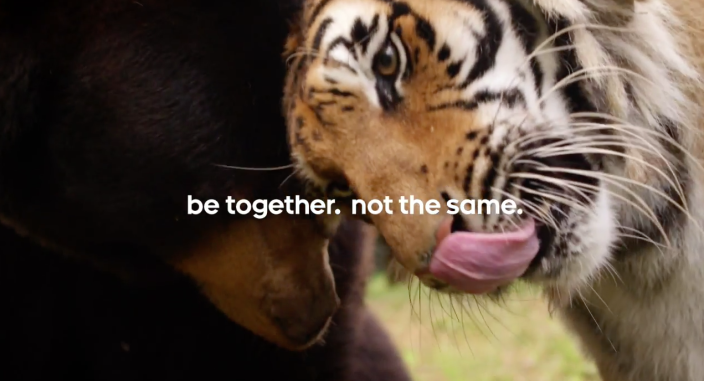 Google this evening has uploaded six new Android ads to its YouTube channel. The ads all follow the same “Be together, not the same” marketing campaign that the company introduced a few months ago and had its partners heavily promote at CES 2015.

The ads each depicted a variety of different animals all playing with one another, as opposed to earlier ads of this campaign that featured different human ethnicities and backgrounds interacting with each other and doing their own thing.

Google’s initial idea with its “Be together, not the same” campaign was that Android Lollipop provided a unified experience across a range of different devices, but the company has since expanded it to a real-world meaning. These latest ads take a more adorable and cute approach and can be seen below:

Android 5.0 Lollipop videos marketing be together not the same