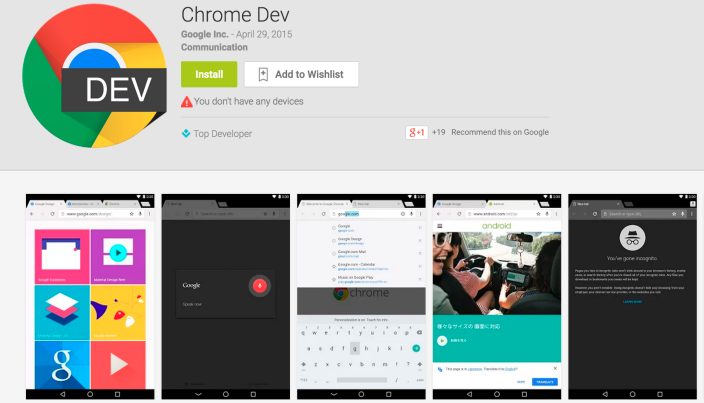 Today Google released a new Chrome Dev app, a way for developers to access the latest Chrome builds and experimental features before they’re ready for beta and public releases.

Google has always had a developer release channel for Chrome, allowing devs to get access to the latest builds and features even before regular users are encouraged to start testing through its beta and public release channels. Previously the dev channel was only for Windows, Mac, Linux, and Chrome OS, but today the company is bringing it to Android.

Just like the Dev channel on other platforms, it will be updated at least every week, and your feedback will help directly help us avoid regressions and improve features for Beta and Stable users. Life on the Dev channel can be rocky at times, so on Android it installs side-by-side with any other versions of Chrome you have on your device.

While anyone can access the dev channel of Chrome, it’s usually not recommended for non-developer users as many new features and fixes are often still in early experimental stages.

You can install the first release of Chrome Dev for Android, version 44.0.2384.4, through Google Play now.