OnePlus One price permanently dropped to $249, or $349 with Dropbox Pro subscription for limited time 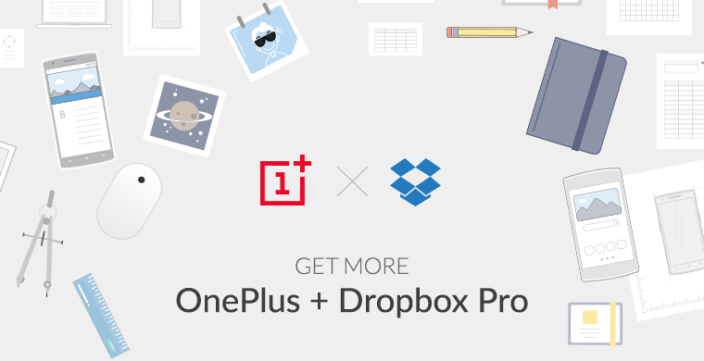 OnePlus has sold only somewhere over a million units of its OnePlus One (very small compared to the big OEMs), and went as far as to call its recent flash sales of the phone as something that would “shake up the industry,”  but the company isn’t stopping there. Based on taking a “hard look at the numbers to make sure we were maintaining our commitment to our users,” OnePlus has decided to make the $249 starting price of the One permanent (sorry to everyone who waiting anxiously at their computers to get the deal last week). It also has a new partner in another promotion…

Starting June 10th – and for a limited time, they say – the company will be offering the 64GB OnePlus One with a 1-year subscription to Dropbox Pro, the cloud storage service, for $349. The deal is valid in the US, EU, and Canada. We wouldn’t be too surprised to see this deal lasts longer, though, as Dropbox continues its ugly battle against Google, Microsoft, and others to be the future storage center of people’s millions of files as they move from device to device.

While the OnePlus One is a solid buy for anyone in the market for a gimmick-free, what-you-see-is-what-you-get Android phone sold at cost, we still expect to see a OnePlus 2 soon, with the last word from OnePlus that it would go on sale “sometime in 2015.” Bloomberg pegged the August through September timeframe as when we should see it, and we recently reported on seeing a mysterious device from OnePlus show up in Geekbench test results. Just something to keep in mind.