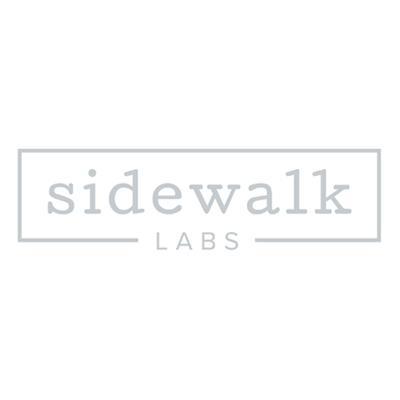 Google CEO Larry Page today announced in a post on Google+ a new company called Sidewalk Labs. The company, according to Page, will focus on improving city life for everyone. Sidewalk Labs will be led by Dan Doctoroff, former CEO of Bloomberg and Deputy Mayor of Economic Development and Rebuilding for the City of New York.

In an effort to improve city life, Sidewalk Labs will focus on incubating urban technologies which will address problems like the cost of living, transportation, and energy usage. Google says that some of those issues are the biggest ones that cities face and that not enough is being done by anyone to solve them.

Sidewalk Labs will work to form partnerships with other companies to improve city life, while also developing new products and platforms on their own to make progress. In his announcement post, Larry Page acknowledged that Sidewalk Labs is out of Google’s core businesses, but defended the move by saying that it’s an area in which Google thinks it can really improve people’s lives:

While this is a relatively modest investment and very different from Google’s core business, it’s an area where I hope we can really improve people’s lives, similar to Google[x] and Calico. Making long-term, 10X bets like this is hard for most companies to do, but Sergey and I have always believed that it’s important. And as more and more people around the world live, work and settle in cities, the opportunities for improving our urban environments are endless. Now it’s time to hit the streets and get to work!

Specific details regarding the projects Sidewalk Labs will take on remain sparse at this point. You can, however, read the full press release from Google + Sidewalk Labs below.

Sidewalk Labs is an interesting move by Google, Larry, and Sergey, but it is interesting in a way that will be beneficial to millions of people. Similar to its Project Loon, which hopes to provide internet to people in third-world countries, Sidewalk Labs has the ability to create a movement that may have never even been started without Google, and that’s something everyone can appreciate.

NEW YORK – Dan Doctoroff, the former CEO of Bloomberg LP and Deputy Mayor of Economic Development and Rebuilding for the City of New York, and Google today announced the formation of Sidewalk Labs, an urban innovation company that will develop technology at the intersection of the physical and digital worlds, with a focus on improving city life for residents, businesses and governments.

Dan will be the CEO of Sidewalk Labs, which will be based in New York City. The company will combine Dan’s experience in building and managing cities, with Google’s funding and support.

The announcement of Sidewalk Labs comes as the world is continuing a massive urban shift. At the same time, new technologies – including ubiquitous connectivity and sharing, the internet of things, dynamic resource management and flexible buildings and infrastructure – are emerging to allow cities and citizens to tackle problems in real time.

New technologies are already transforming commerce, media and access to information. However, while there are apps to tell people about traffic conditions, or the prices of available apartments, the biggest challenges that cities face — such as making transportation more efficient and lowering the cost of living, reducing energy usage and helping government operate more efficiently have, so far, been more difficult to address.

Sidewalk Labs will develop new products, platforms and partnerships to make progress in these areas.

Announcing the new company, Dan said: “We are at the beginning of a historic transformation in cities. At a time when the concerns about urban equity, costs, health and the environment are intensifying, unprecedented technological change is going to enable cities to be more efficient, responsive, flexible and resilient. We hope that Sidewalk will play a major role in developing technology products, platforms and advanced infrastructure that can be implemented at scale in cities around the world.”

Larry Page said: “By improving urban technology, it’s possible to significantly improve the lives of billions of people around the world. With Sidewalk, we want to supercharge existing efforts in areas such as housing, energy, transportation and government to solve real problems that city-dwellers face every day. Every time I talk with Dan I feel an amazing sense of opportunity because of his passion for all the ways technology can help transform cities to be more livable, flexible and vibrant. And when you combine that with his experience as an investor, in NYC government, and as CEO of the large information company Bloomberg LP, I can’t imagine a better person to lead these efforts.”

About Dan Dan Doctoroff is one of the world’s leading urban visionaries and a champion of leveraging technology and data for social change. As the CEO of Bloomberg LP, the leading provider of financial information, Dan led the company through the financial crisis, nearly doubled company revenue in seven years, diversified into new products and markets and dramatically increased the size and influence of its news organization. Prior to Bloomberg, Dan led a wholesale reimagining of New York City’s physical and economic landscape as the City’s Deputy Mayor for Economic Development and Rebuilding. He spearheaded the effort to revive New York after the attacks of 9/11 through a five-borough economic development strategy which included the most ambitious land-use transformation in the city’s modern history; the largest affordable housing program ever launched by an American city; and the creation of PlaNYC, New York’s pathbreaking sustainability plan, which has become a model for integrated urban planning around the world. Dan was previously a Managing Partner at Oak Hill Capital Partners, a private equity investment firm.

About Sidewalk Labs Sidewalk Labs is an urban innovation company devoted to improving city life for residents, businesses and city governments, in particular by developing and incubating civic technologies.