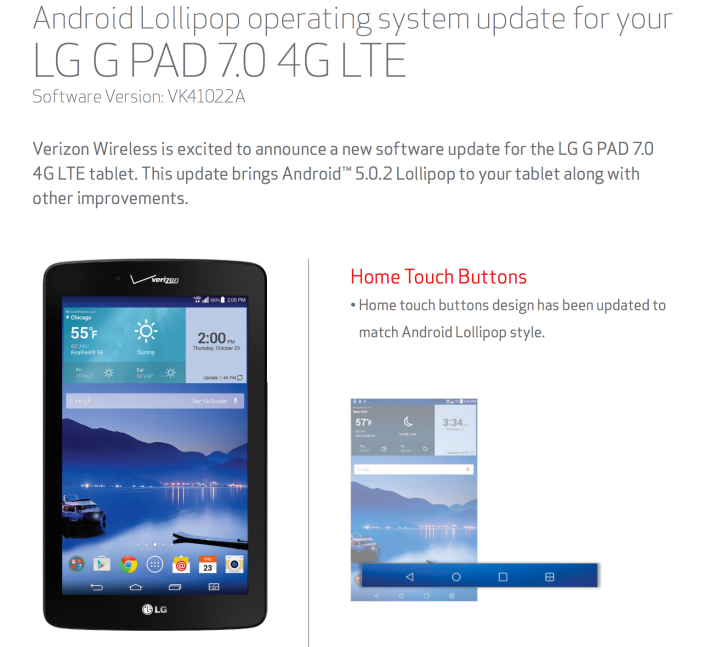 The LG G Pad 7.0 was released back in July of 2014 alongside its bigger brother, the G Pad 10.1, and while it doesn’t rock the most high-end specifications, Verizon is giving it some love with an update to Android 5.0.2 Lollipop (yes, not 5.1.1). The software version number is VK41022A.

There isn’t much to be said about this update beyond what we wrote for the Verizon G Pad 10.1’s Lollipop update. LG’s custom UI additions have received a fresh coat of paint to fall in line with Google’s Material Design guidelines and all the features and improvements that are included in Android Lollipop are there – Smart Lock for authenticating the device when other trusted devices are nearby, the Interruptions menu which provides granular control over which app notifications light up your device, Floating Action Buttons, and more. 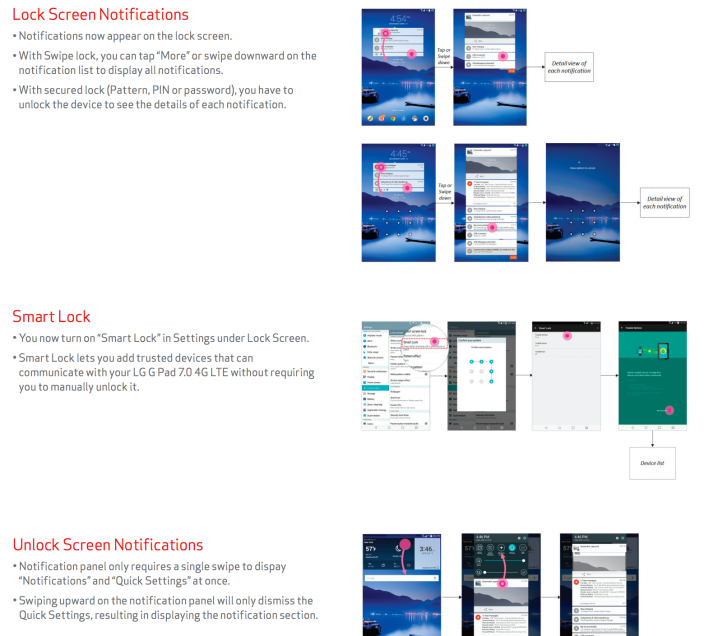 As always this is a carrier OTA update, so don’t be surprised if it’s a week or more before you see it in your system updates.