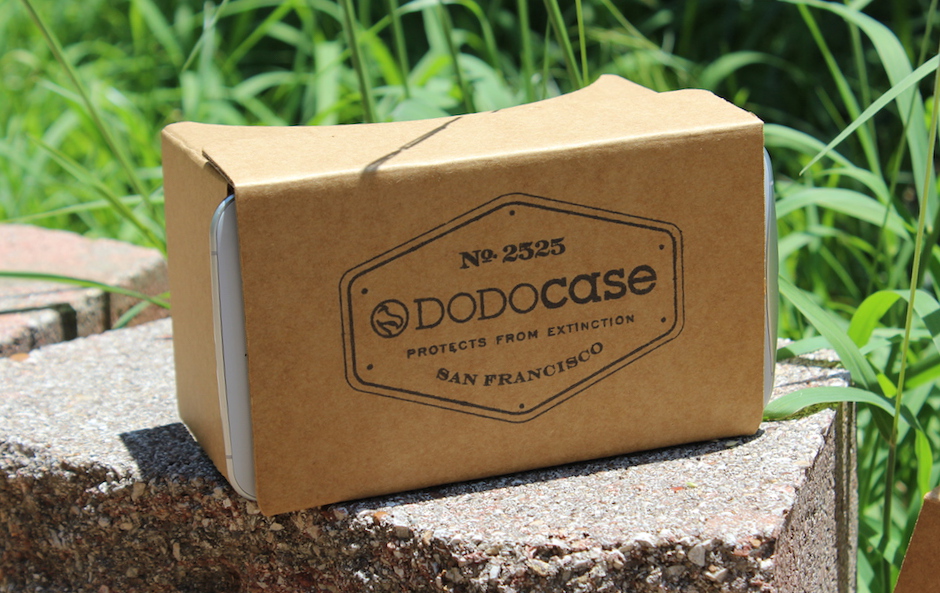 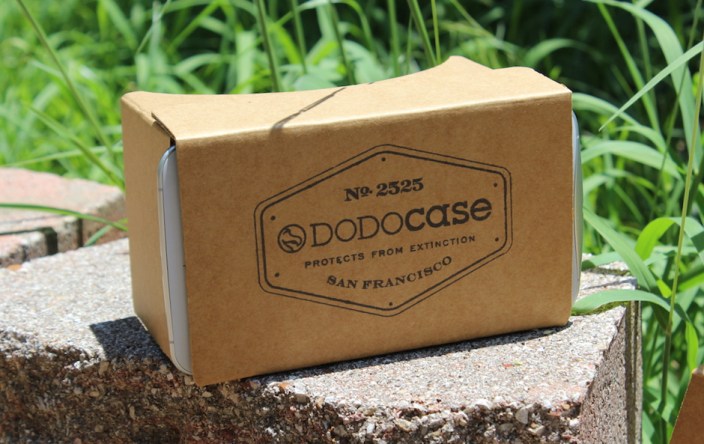 DODOcase is known for their cases, but you may not have known that they also make a line of Google Cardboard viewers (which I guess could also be considered “cases” using a looser definition of the word). A couple of newly-revised viewers, models G2 and P2, are scheduled to start shipping in the next few weeks, and we thought we would give them a look. And while we can’t say that DODOcase is bringing anything revolutionary or groundbreaking to the VR scene with these pieces of cardboard, they’re definitely good options if you’re wanting to get started with Cardboard-enabled apps…

First up, the G2 is very similar to the “new Cardboard” that Google introduced and handed out at Google I/O 2015. On the outside, the only noticeable difference really is the big DODOcase logo that can be seen on the front (above). The actual cardboard seems to be a bit sturdier all the way around on the DODOcase G2, but this viewer doesn’t have the pressable button at the top that allows you to control the viewer. The viewer also passes on the rubber band that can be found underneath the nested device on Google’s version, but that’s definitely something you could add on your own if you want more friction to keep your device from falling out. My Nexus 6 seemed to fit fine and stayed sitting inside with no problem.

Both the G2 and the P2 lack a mechanism built-in to the viewer for controlling your phone, but they do leave a hole open at the bottom so that you can pass your thumb through to tap the screen (which is what the button on other viewers does anyway). Whether you prefer this method or the button will probably depend on the person, but I personally found the button on Google’s version to be a bit too fragile for me and I think it’s already broken. Maybe that’s because I let a younger child give it a go a couple weeks ago, but either way, I like DODOcase’s implementation better. It’s not too hard to just tap the screen, and unless you have really big thumbs, this won’t get in the way of the viewing experience that much. 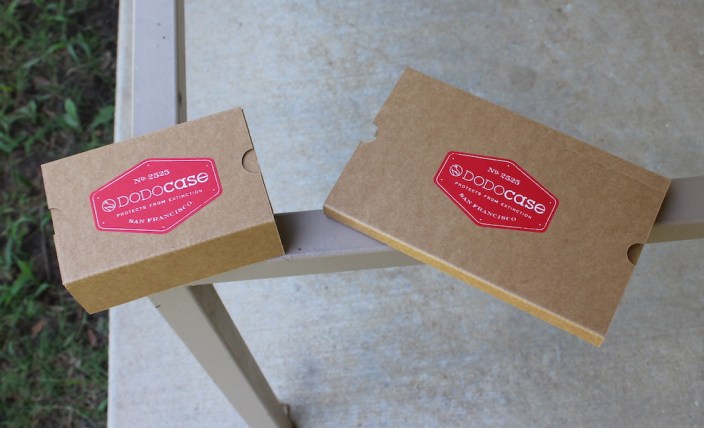 The P2 strays from Google-branded cardboard quite a bit more than the G2. While the G2 and Google’s viewers both leave the bottom of the viewing area open for light to come in, the P2 actually does a better job of surrounding your whole face. This allows a more “immersive” experience based on my short time with the viewer, but other than that, it’s not drastically different from its sibling. That said, the P2 is noticeably smaller than the G2 and my Nexus 6 just barely fit. If you have a smaller device, I would definitely go with the P2. One last noticeable difference between them is how they fold, with the P2 (on the right, above) much less likely to get damaged when folded if you need to carry it around in a backpack.

The G2 and P2 are both available for pre-order on DODOcase’s website right now, with the former going for $29.95, and the latter going for $24.95. They’re set to ship within the next few weeks. However, if you’d like to be one of the first to get your hands on one, keep reading…

2. Two winners will be randomly chosen and announced (one for each viewer) on July 1st, 2015.

Note: This giveaway is only open to readers in the United States and Canada.