PSA: You can now tweak which apps & services show up in Google notifications 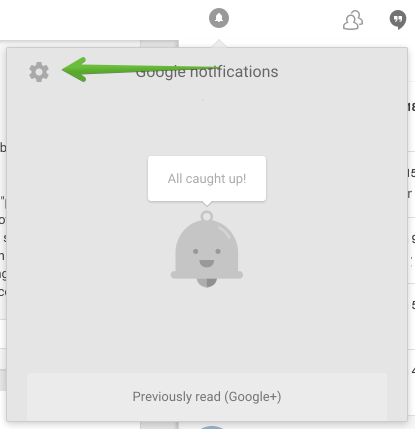 For now, you can go in and toggle Google+ and Google Photos, as well as find a quick “Settings” link that will take you to each app’s respective notification settings pages. Assumably, this notification menu is going to serve as a hub for even more Google apps and services in the future, and that’s when this little settings menu will likely be more important.

Back in December, Google attempted to move the entire notifications menu to the Google+ sidebar, but quickly retracted the change after many complaints from the community. More recently, Google removed the link to Google+ from the top menu of its many apps — including the Google Search home page — and moved Google+ over to the apps menu. These changes that Google has been playing with over the last several months are surely part of a bigger plan to separate Google+, Google Photos, and Hangouts into three separate apps — and that process is continuing to unfold slowly as time goes on.