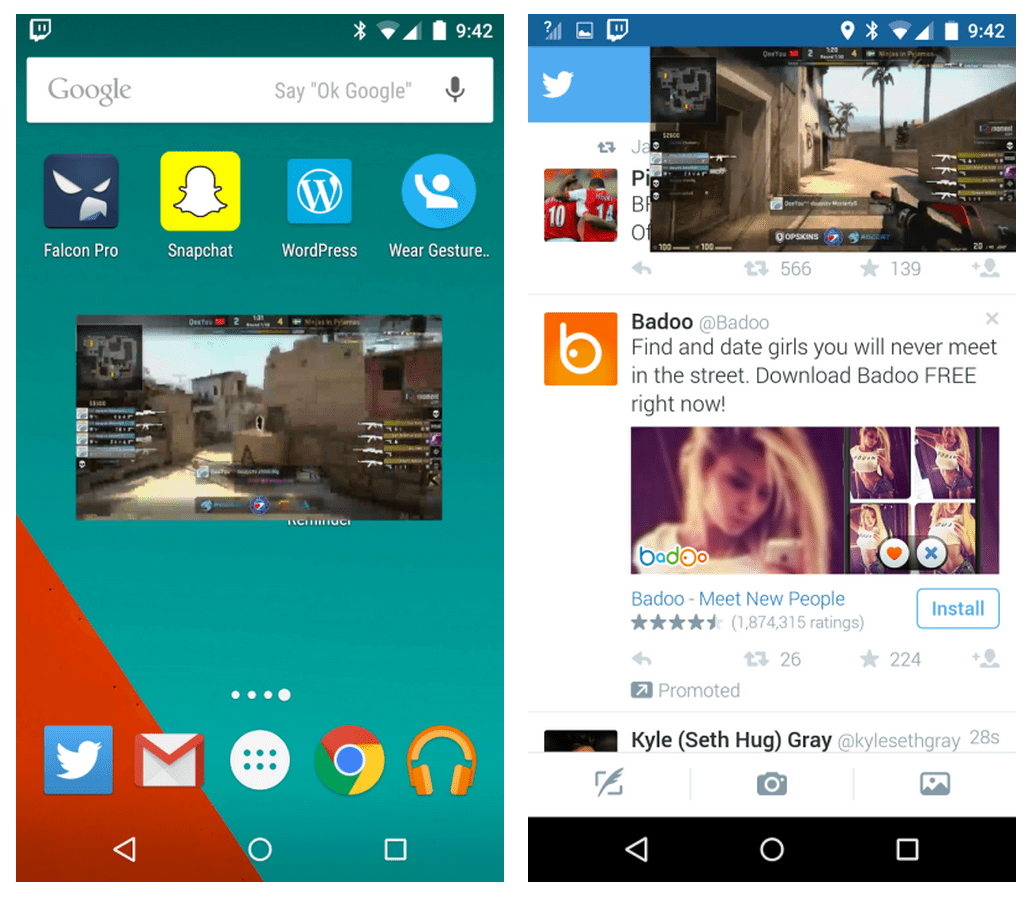 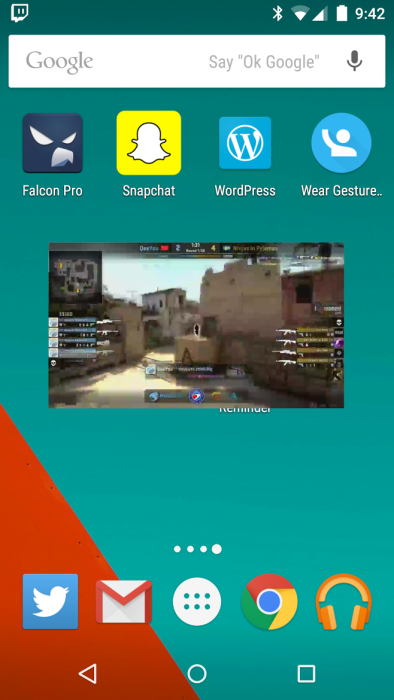 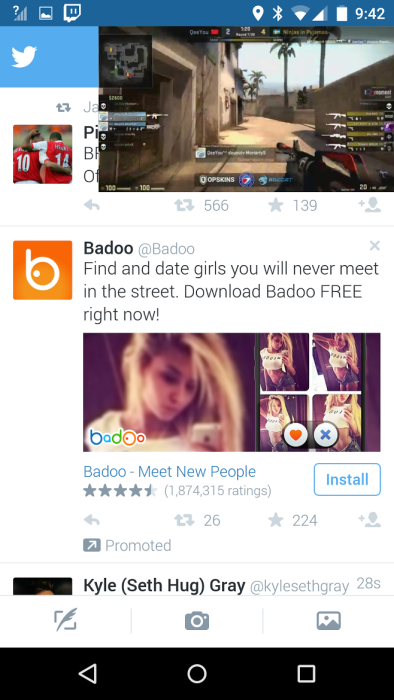 Twitch has an interesting new update out that lets anyone on Android view live streams from anywhere on their device (pictured above). The common term for this is “picture-in-picture” – Twitch calls it “Pop Out” – or displaying one thing on the whole screen and another, completely separate feed of content or video inside a smaller viewer simultaneously, still within the main screen. Users of the app have for some time had the ability to continue watching streams while browsing the rest of the app, and this is a continuation of that.

Accessing the new pop-out player is as easy as tapping the gear icon from within any stream’s video player, scrolling down, and then pressing “Pop Out.” You can then go anywhere on your Android device and the player will stick to the screen – you can resize and move the player around in the event that it covers up an area of the screen you need to see. Twitter last year implemented a mini-player into its app like Twitch’s, but instead of just YouTube video you can also stream SoundCloud content shared within the app while you browse. I can imagine that as the text-based social networking company builds its constellation of real-time apps (Vine, Periscope, Twitter, etc), it’ll want to implement a similar functionality on Android so users could, for example, watch a Periscope live-stream and share the experience by tweeting about it with their friends. This sort of functionality isn’t possible on iOS, though. Apple did, however, implement a picture-in-picture functionality into iOS 9, which launches this fall.

The update is available now in Google Play, the Amazon Appstore, or you can pull it from APKMirror (click here).