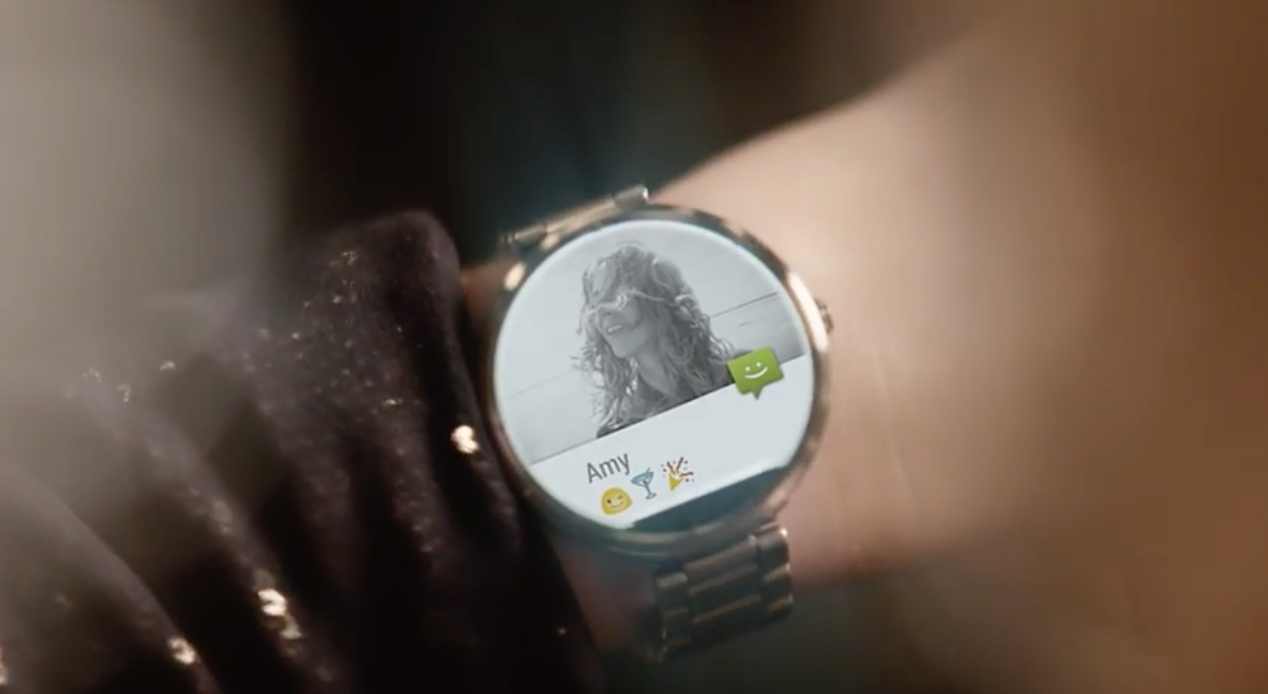 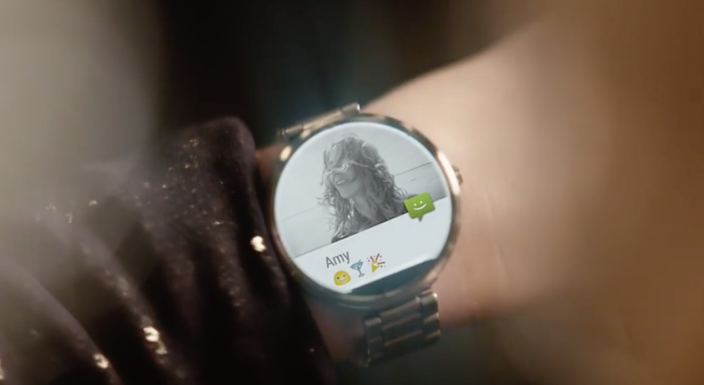 Leaked Android Wear strings reveal that Google is working on a new feature named ‘Together’. This will allow users to send messages, images and stickers/emoji directly to other Android Wear watches. Like Apple Watch owners, there could be intimate and bespoke methods of communication made available to Google smartwatch users. There’s no mention of being able to send heartbeats to one another, but, there will be fun stickers, emoji, photos, text and voice messages. If the feature ever lands, of course.

What’s particularly confusing to the reporters is that this ‘Together’ feature is restricted to a single watch face. At least, that’s the way it appears. In other words, it hasn’t been developed as a system-wide user interface. Phandroid concedes that the information shown to them recently is fairly old and there’s no telling what Google has developed or changed since these initial workings.

As well as this watch-to-watch ‘Together’ feature, Google is also allegedly working on interactive watch faces. The focus of this new feature is the use of a single tap gesture. A tap could manipulate a specific watch face in any given number of ways. 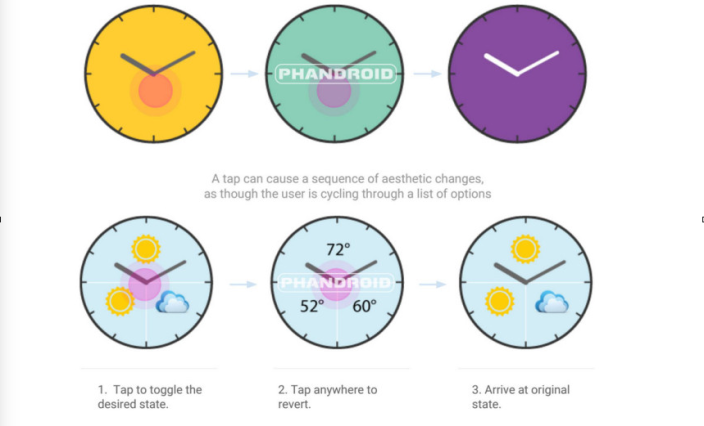 For instance, you could have a watch face which displays a Google Fit metric. Tapping on the single icon could bring a card onscreen with your daily health tracking stats. Other uses could be simply changing the format in which the watch face displays weather forecast information. It could even be used for something as basic as cycling through the color scheme options for any particular watch-face.

In older versions of Android Wear, tapping the home screen would launch the Now Launcher. In the most recent 5.1.1 update, that’s been replaced by the new app launcher which can also be accessed by pressing and holding the physical button. Presumably, if this feature was to arrive, Google would have to find another way to get us to the newly-released app launcher.

Google’s development of Android Wear has been impressive over the past year or so. I’m certain that what has been revealed in the report barely scratches the service of what new features we’ll see over the coming months and years.