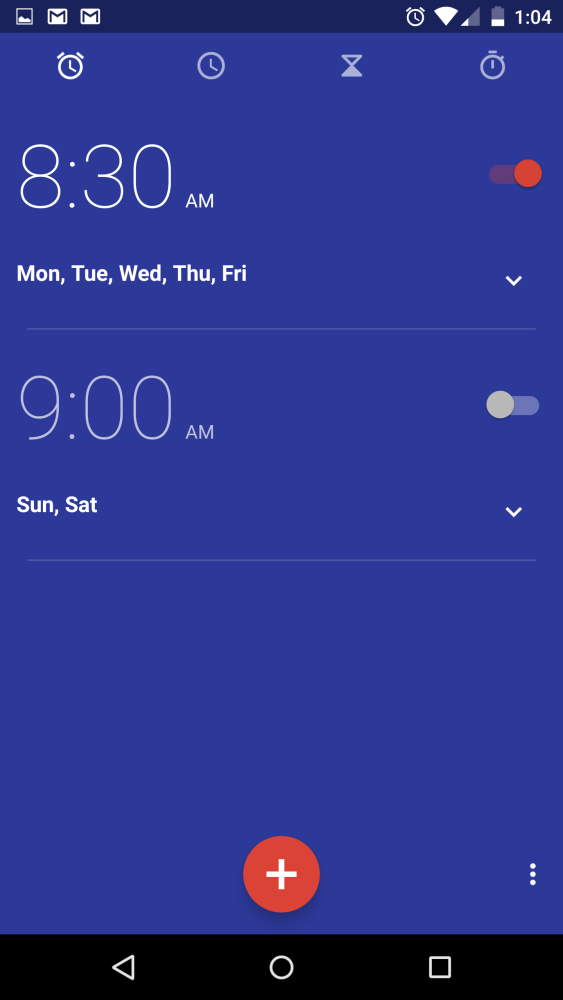 It wasn’t that long ago that Google opened up its Clock app to be downloaded on just about any Android device, and now a very minor update released today has refreshed the app’s color scheme. While the previous version sported a pink-and-blue look that was reminiscent of cotton candy, the app now looks a lot more like a patriotic red, white, and blue.

Those who weren’t avid users of the previous version might not notice the difference, because in the grand scheme of things it’s definitely not a huge change. But if you were a fan of the light-hearted and unique colors of the app, you might be disappointed that Google has now gone with something more “neutral” in version 4.0.2. The update also packs a few bug fixes.

You can get the latest version of the Clock app over at APKMirror right now, or you should see it rolling out via the Play Store any minute now.