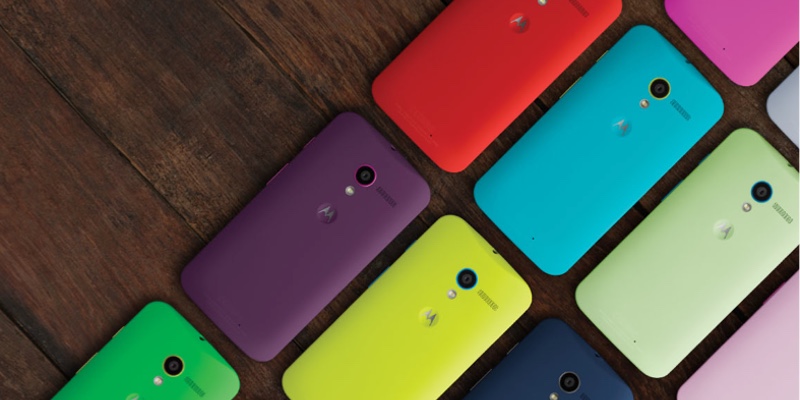 A new report claims that Motorola will be launching its next budget-friendly Moto in stores on July 29th, just one day after its launch event. But that’s not the most exciting part of the story. If the leaked retail memos are genuine, customers will be able to walk in to stores and order their personalized Moto Maker device from a physical, brick-and-mortar store…

Android Authority got hold of an internal communication from Three UK sources which states that retail locations across Britain will receive 800 black Moto G 4G units. What’s more, all stores have been shipped Moto Maker Moto G 4G vouchers. The vouchers are booked in as actual stock, and will be sold as such. Both phones and vouchers are being shipped today, and will be available to buy from Three UK locations on Wednesday, July 29th.

Stores are also being sent bespoke tablets to interactively demonstrate how Moto Maker works for Moto G smartphones. Along with the vouchers, this suggests that customers might be able to walk in to retail locations, choose their customized device, pay for the voucher in store and then redeem it online later. The options for customization have already been revealed and show that Motorola will probably limit the Moto G to just the colored plastic backs, and not offer wooden or leather options.

Up until now, brick-and-mortar stores haven’t been able to offer Moto Maker at all. What will be interesting is seeing if this roll-out extends to carrier and third party stores in the US. We can’t imagine they’d launch the in-store experience exclusively in the UK. It also raises the questions as to when the Moto X might make an appearance in stores, and if that will be available to order customized, just like its smaller sibling.

Motorola is expected to announce the new Moto G, Moto X and perhaps a couple of other new devices at an event on Tuesday, July 28th. We’ll be bringing you coverage of that event as soon as it happens, and bring you our thoughts on all the new smartphones and gadgets Motorola may or may not introduce. We’re expecting a redesigned series of phones retaining some of the familiar design cues of previous models, but with a new camera housing on the back.