Google Contributor live to US web users, contribute monthly to see fewer ads across the web 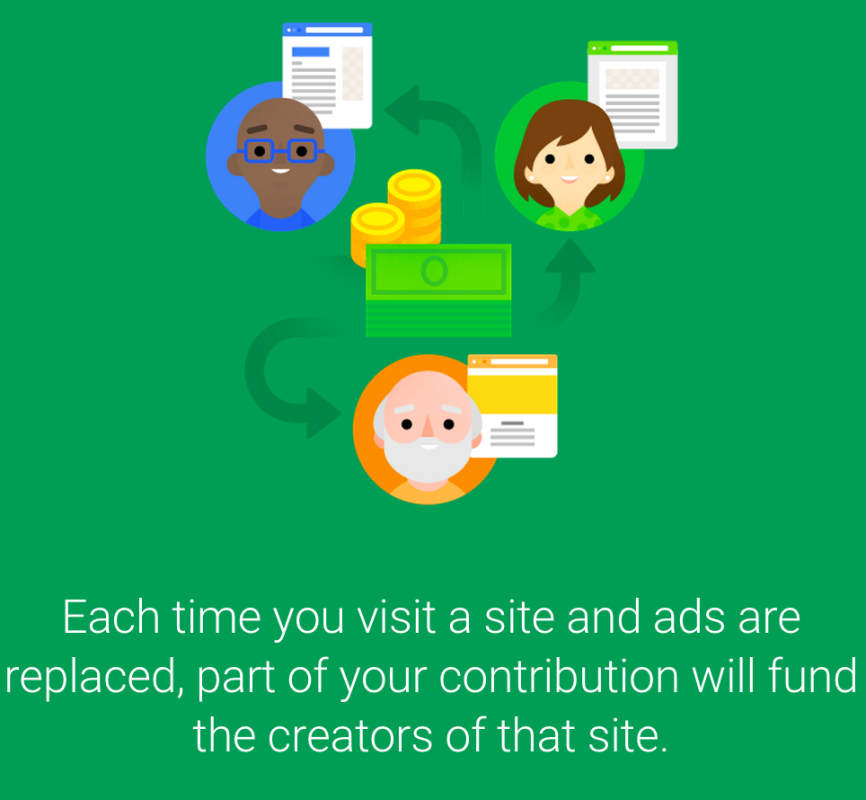 The confluence of several different events – the great shift to mobile computing where there’s little screen real-estate, a spurning of display ads, to name just two – is causing content creators and consumers alike to rethink how today’s media gets funded. Sites like Patreon and Kickstarter remove the middle-man from the funding process for projects which require lots of upfront investment and see slow development times by allowing anyone to contribute any amount of money they want to a project’s development.

Google last year threw its own hat into the crowdfunding space with the soft launch of Contributor, a way through which consumers can pay a monthly recurring donation to fund the sites they visit while seeing less ads. Now anyone in the United States can actually use it starting today.

First, here’s how Contributor works on the user side: anyone can sign up for Contributor and choose a monthly contribution of $2, $5, or $10. Then whenever they visit any of the millions of websites using AdSense advertisements to monetize their work, the advertisement blocks will be replaced with a pixel-pattern image that offers a “thank you” for being a contributor. When you see one of these pixel-pattern images, you know that you just supported the creators of that site. 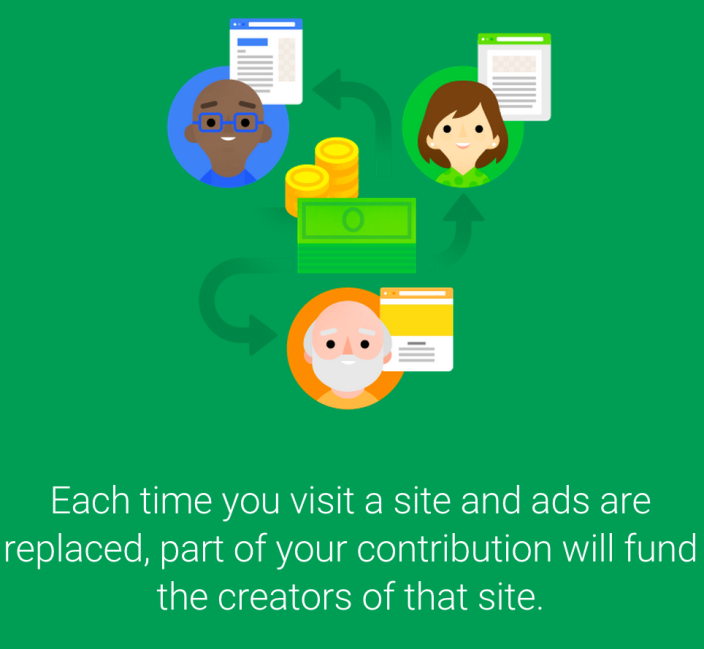 For website owners, Contributor is only a win because whenever someone who’s using Contributor visits an AdSense-supported website, Contributor actually acts like an advertiser bidding for the ad slots on the website. Based on the sign-up page where user’s choose a monthly donation, ads won’t be replaced in every instance, and the more one donates the more ads get replaced. This is obviously because Contributor’s monthly budget for bidding on ad slots is only as much as the user is actually contributing. The cost of an ad slot for advertisers can vary widely depending on the site’s content and traffic numbers – advertisement space on a website about luxury yacht’s is probably worth more than the same space on a generalist how-to website. Website owners who really don’t want Contributor to work on their website (but really, why?) can easily disable it using the information on Google’s help page for the product. 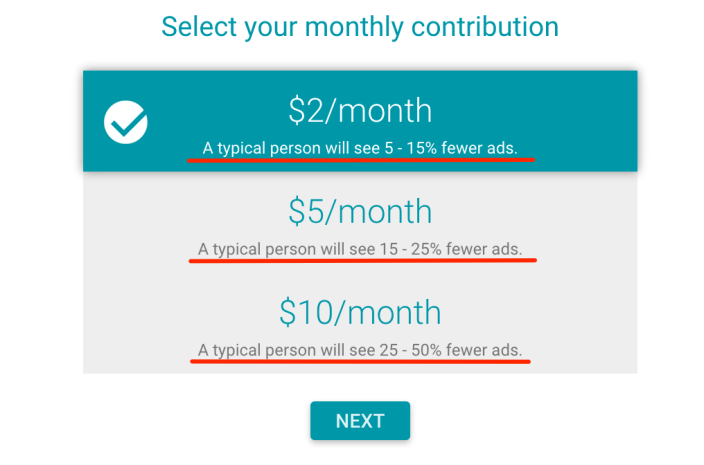 Before today, Contributor only worked on 10 select major websites like The Onion and Urban Dictionary, and only those with invites could even become recurring contributors. Now anyone can sign up for Contributor at contributor.google.com to begin seeing less annoying ads around the web. Google says Contributor works across devices and platforms, so this should work from your smartphone and tablet as well, so long as you’ve logged into your Google account.

While Contributor doesn’t reduce the online media business’ reliance on pageviews for revenue, it could, if popular, help eliminate one major gripe about the web versus mobile browsing – namely, the distraction and load-time impact display advertisements have on the browsing experience. Display advertisements are notorious for their use of JavaScript to create animations, and since they’re almost always hosted off the websites they’re displayed on, they have to be called from another server hosted elsewhere on the web –there’s no telling how fast or slow that server is to respond and return the advertisement. Since most web browsers cannot have infinite connections and load every piece of website’s content at the same time, these ads oftentimes block the rest of a website from loading until they’re done, slowing down overall load times tremendously.