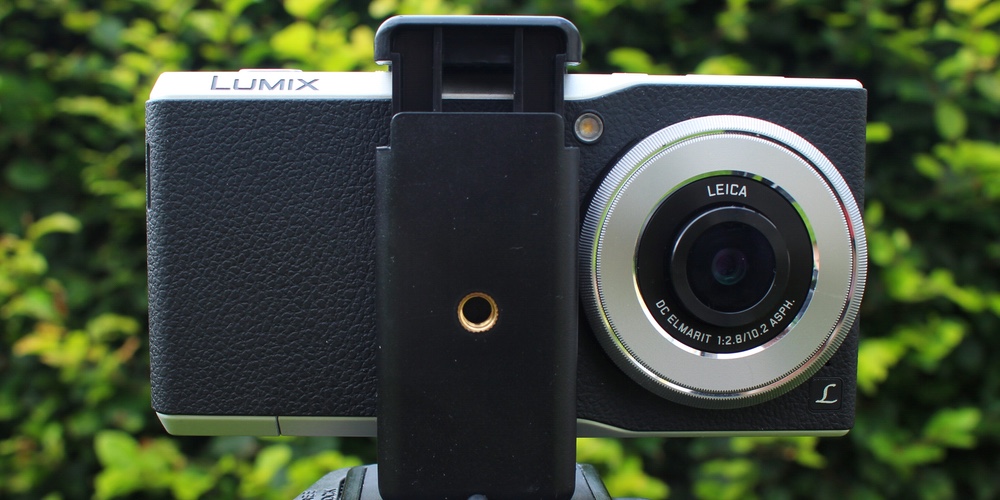 Often when referring to your smartphone, it is said that “the best camera is the one you have with you”. In other words, the camera on your smartphone, in your pocket, is better than the DSLR you’ve got sat on a shelf at home. Despite the rise of quality lenses and sensors, using a smartphone still isn’t quite as good a ‘proper’ camera. There have always been compromises. At least, there have been until now.

Panasonic’s CM1 may be thicker than your average phone, but it’s easily pocketable, not too uncomfortable to hold and has an epic 20MP camera with 1-inch sensor, a 6-element Leica lens, manual controls and a maximum aperture of f/2.8. What does that mean for image quality?

It may have been announced some time ago, but the Panasonic CM1 has wowed me in my short time with it. Having a 1-inch camera sensor means you get fantastic images. What’s more, the manual controls and the rotating ring around the lens mean it’s pretty easy to achieve awesome photos. For the photography enthusiast who cares little about the smartphone experience, the CM1 might be the best Android phone out there. 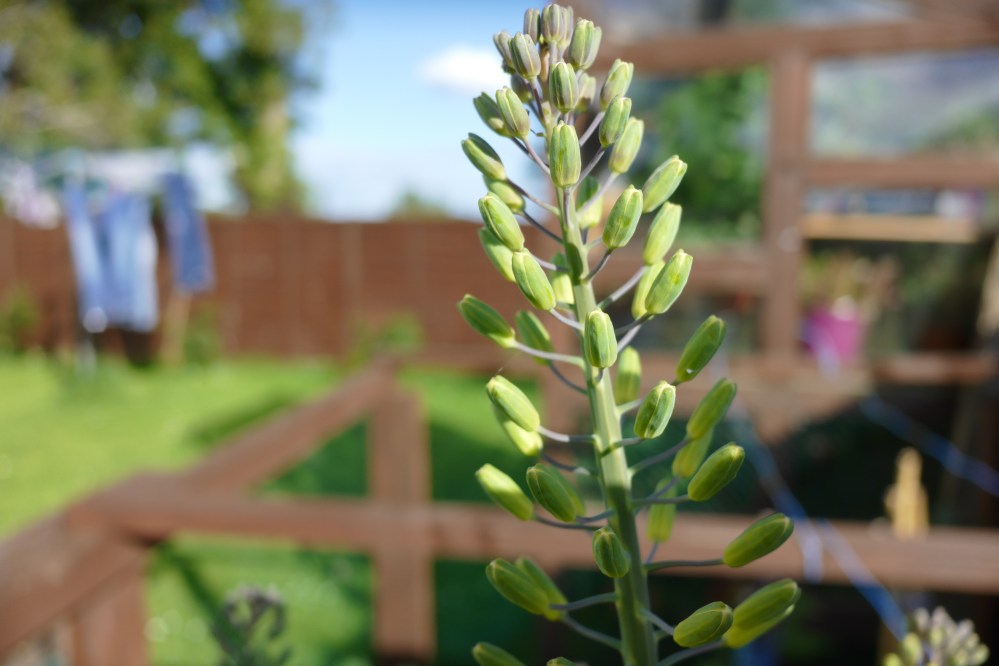 I love taking close-up shots. In my iPhone days, I’d carry an Olloclip with me everywhere to take macro shots. I think it’s the joy of seeing things in greater detail than I could with my own naked eye. So, if a camera can get really close up to an object and take nice, sharp images with lots of beautiful bokeh (soft background), I’m already impressed. Panasonic’s CM1 delivers on that front. 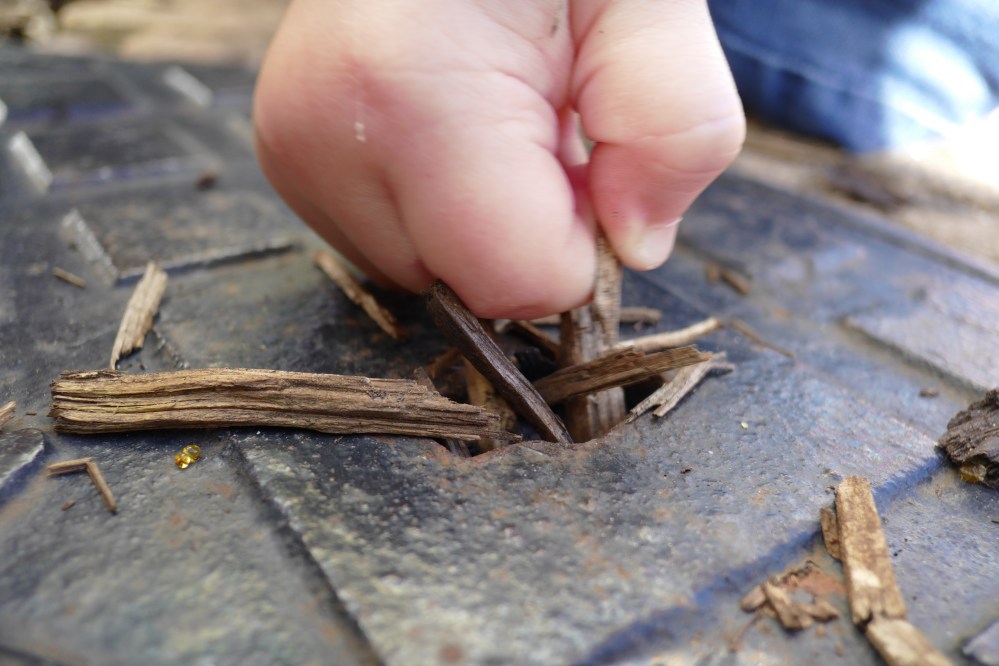 As well as being sharp, light levels are good and colors are beautiful. In good daylight, the camera is really superb. For most of these day time shots I had most settings on automatic, with only focus set to manual. And unlike some those Lumia PureView cameras, you don’t have to be at least 15cm away to focus. 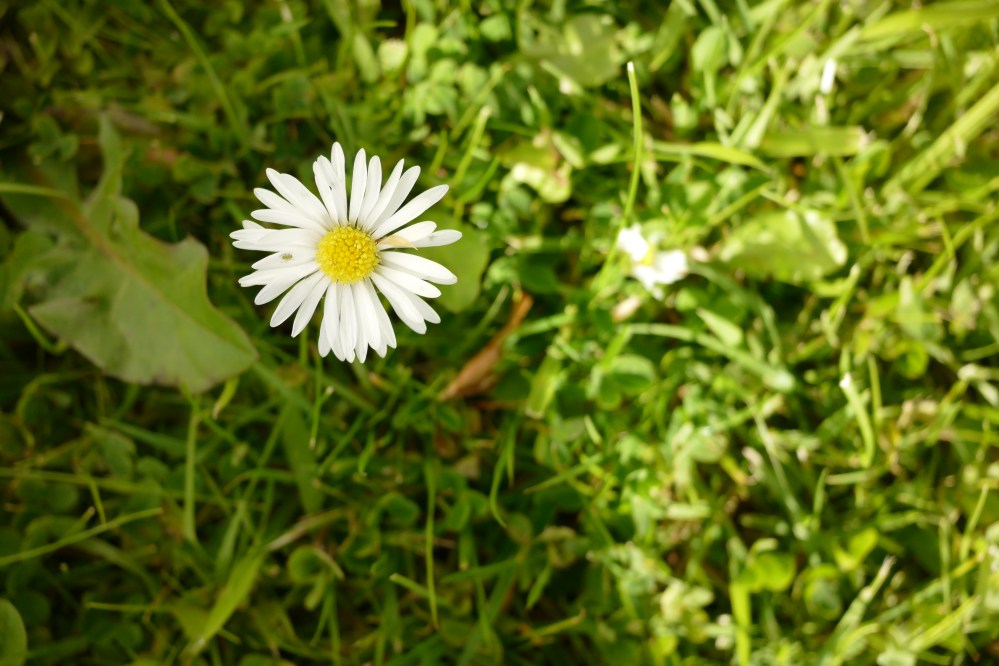 Small flowers can be a good subject to use for testing detail. If the anther and pollen in the middle are a fuzzy mess, you know you don’t have a particularly sharp camera. But, when we crop this image we can not only see the invidual anther clearly, but there’s also what looks like a tiny aphid sitting on a petal. 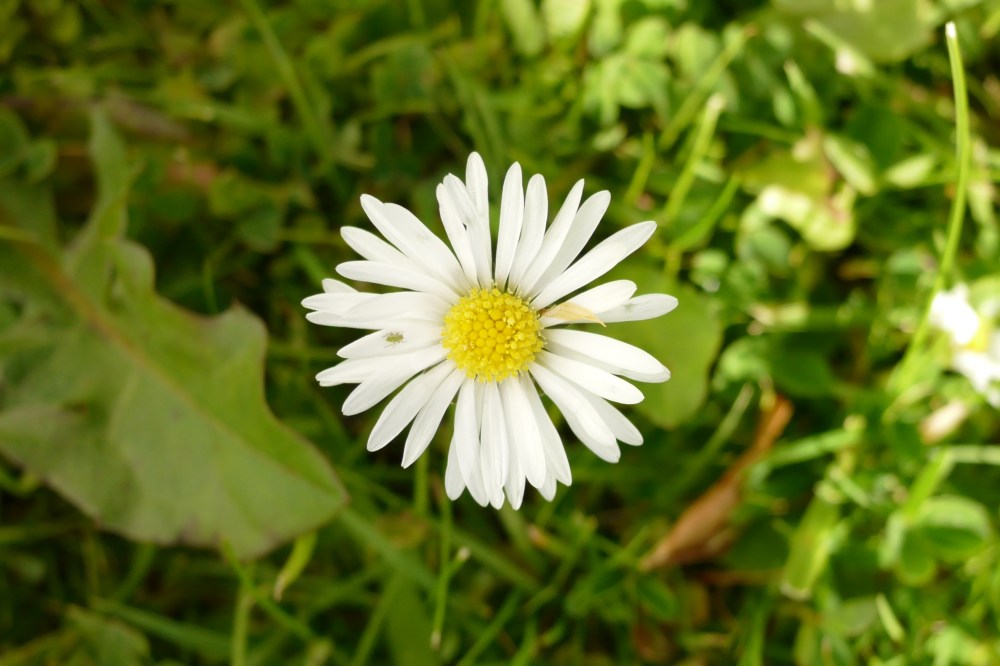 What’s great about the CM1,and what sets it apart from most smartphone cameras, is that it has a moving lens. The ability for this part to move in and out means you can get much more depth on your images. Hence the awesome depth of field in most of the shots. Even the daisy, which is only a couple of centimeters away from the grass below, is noticeably sharper than the green in the background.

What’s impressive is that, although it doesn’t technically have optical zoom, it does have a 2x “intelligent zoom” which lets you zoom in without losing any real detail. 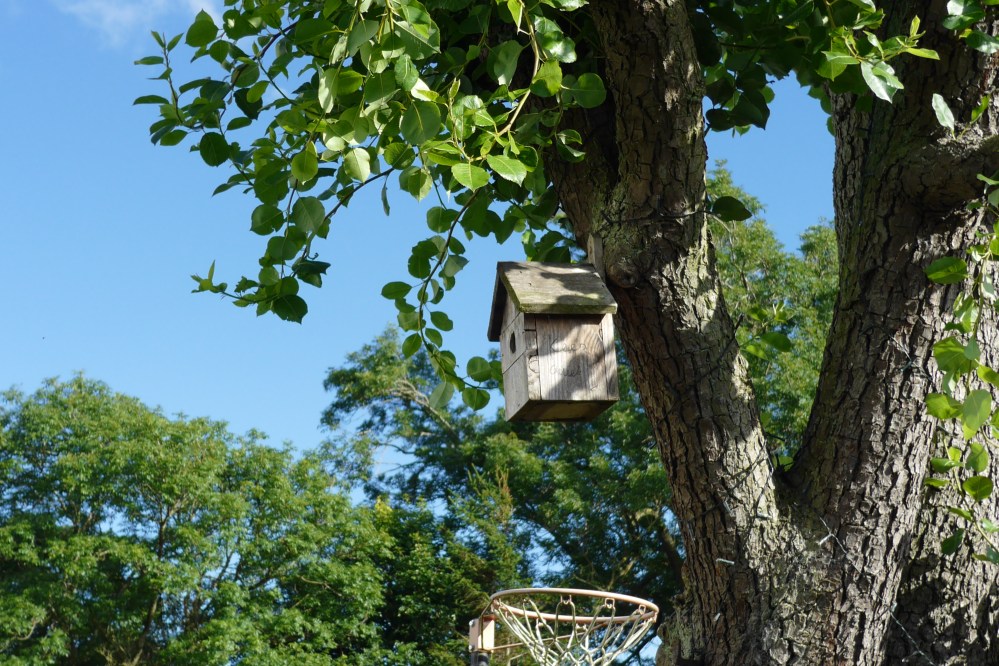 It’s worth noting that the CM1 also has digital zoom which — like all digital zoom — results in a fuzzy, blurry image. I found it best just to stick to the maximum focal length of the intelligent zoom, rather than try and zoom to the maximum available. 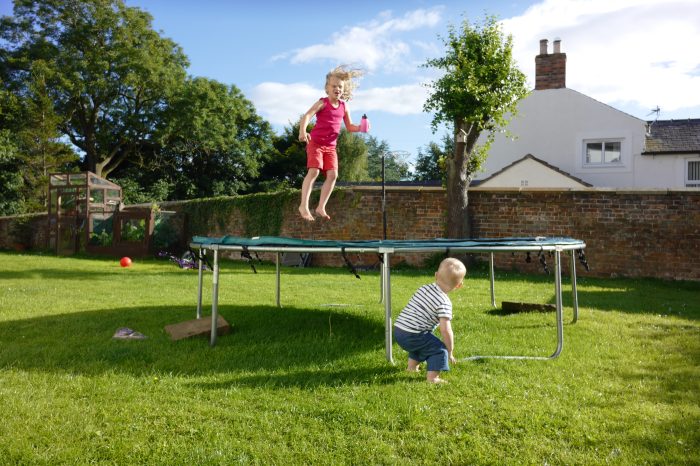 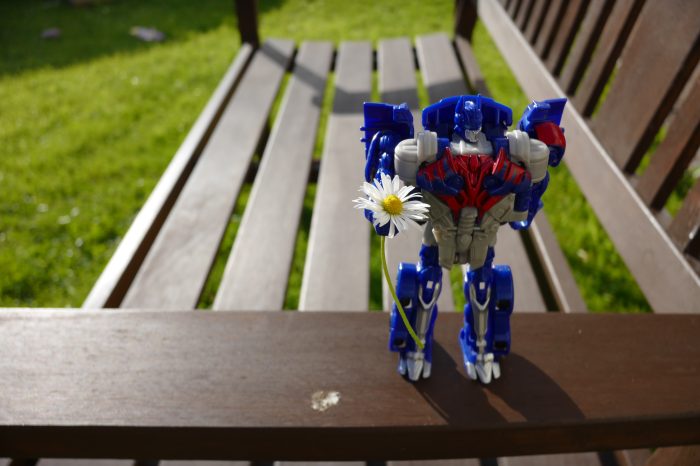 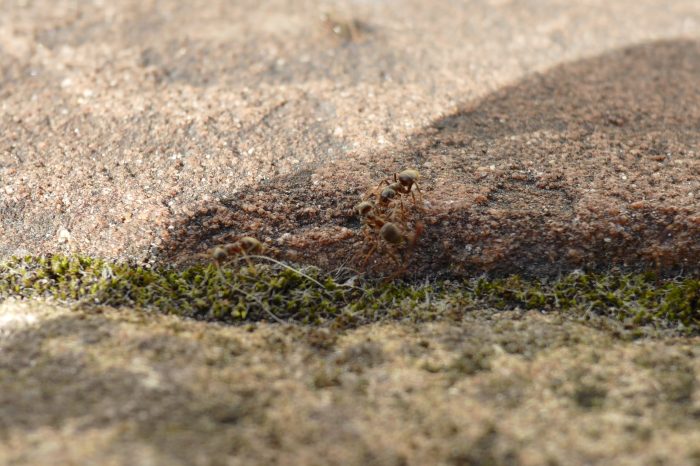 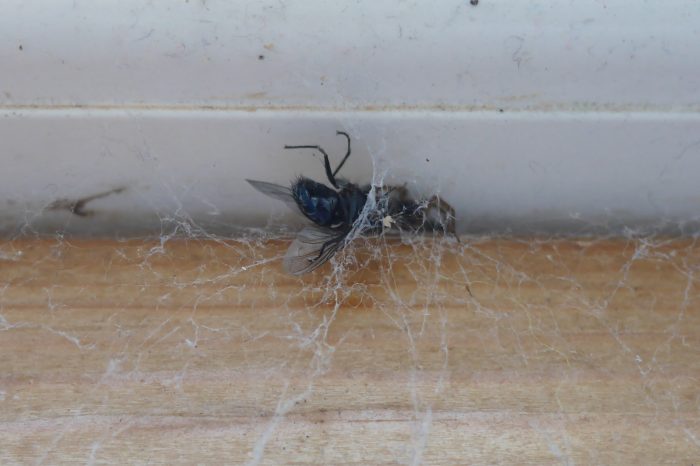 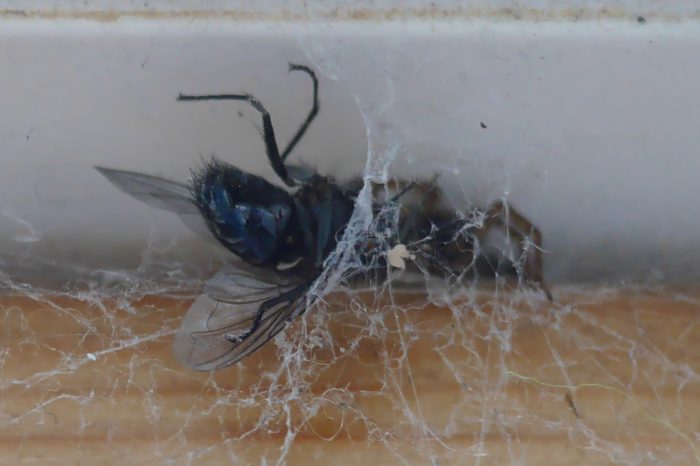 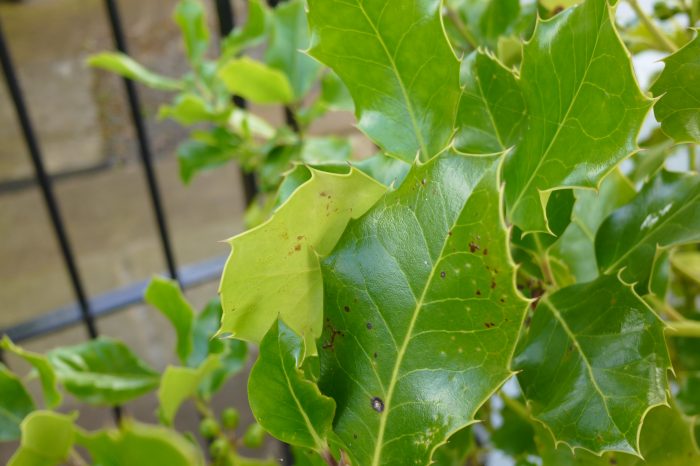 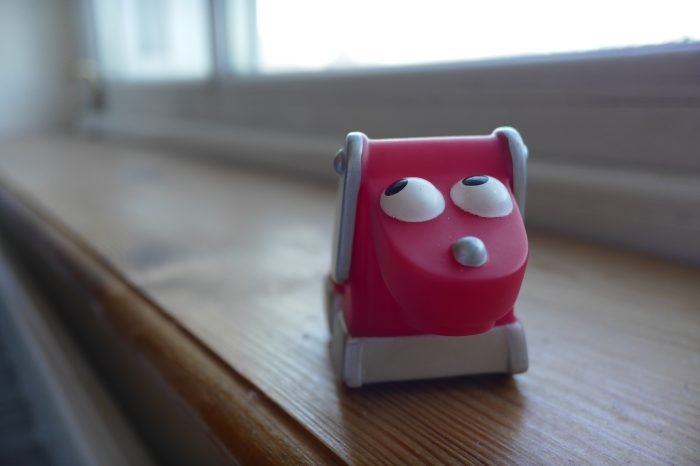 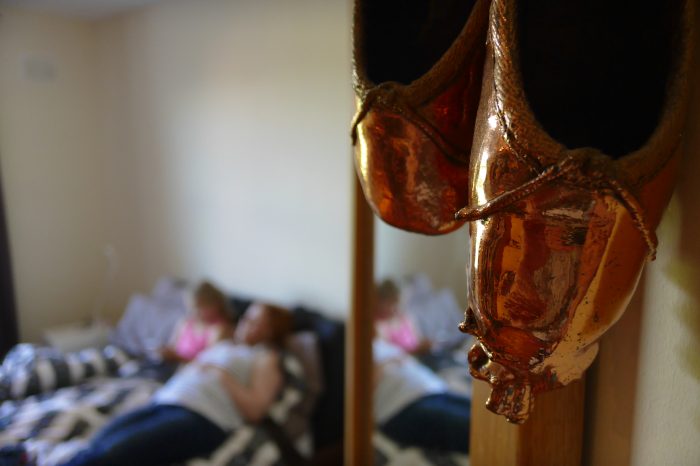 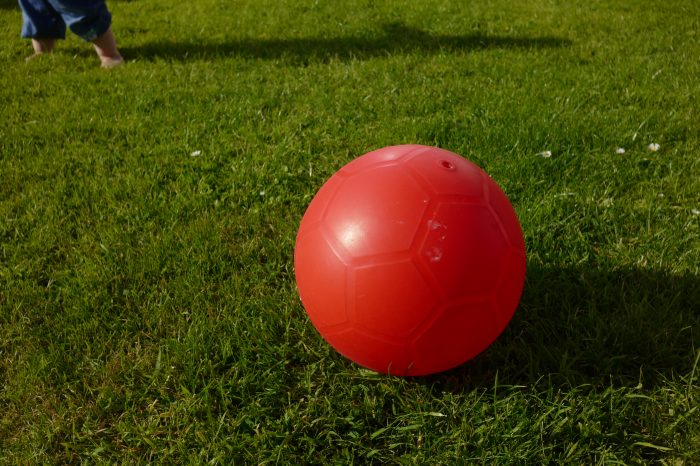 Of the 150 or so shots I took with the Panasonic, only 10-15 or so of them came out less-than-great. In fact, in most cases the errors were mostly mine and almost always because the display is so bad in bright daylight, I couldn’t really see what I was doing. 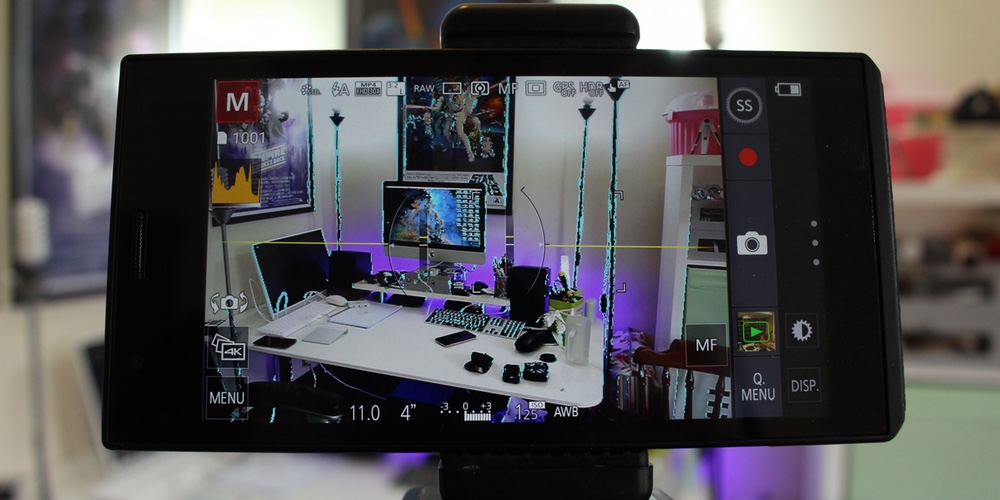 To help ensure you keep the right objects in focus, the Panasonic has a built-in feature where the object in focus has blue highlights around it. It’s similar to the tools found on most of its Lumix range. Devices like the GH4 have it too. It also has on an screen level so that you can see when the camera is perfectly flat.

Because you can manually adjust ISO sensitivity and shutter speed, getting great shots in lowlight conditions is easy. At least, they are if you have a tripod you can mount the camera to. As an example, the first shot below was taken with the camera in automatic mode and flash switched off in my office. It was dusk, the sun was on the opposite side of the house, all lights were off and all except one of the curtains were closed. 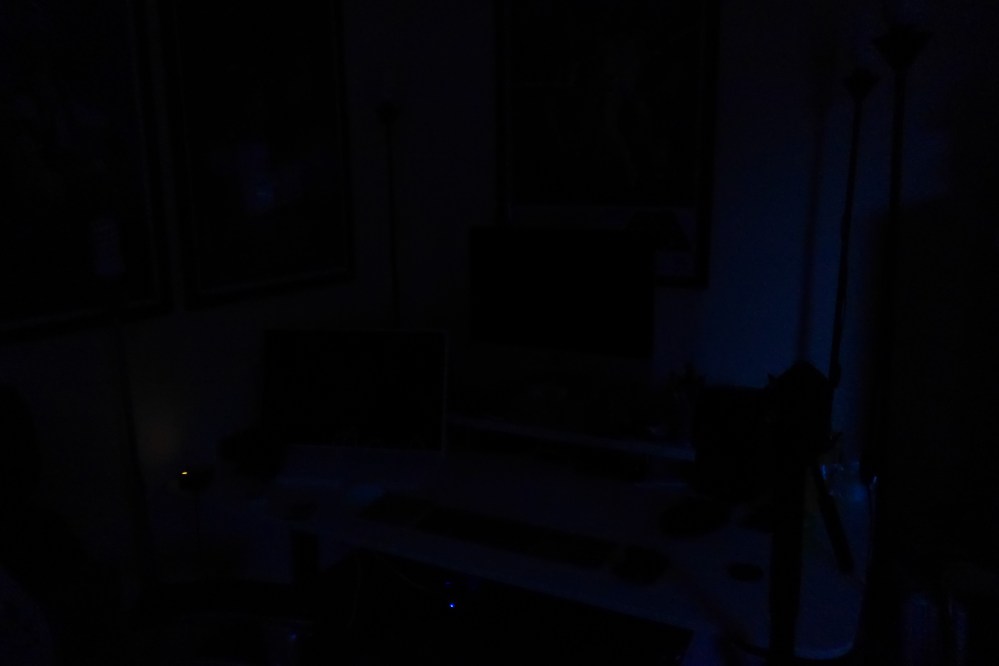 All you can make out are a couple of small LED lights and a vague silhouette where some of my lights stand. Compare the difference to the next shot. With the shutter speed slowed down to between 6-8 seconds, the amount of light the camera could pull in was fantastic. It even automatically white balanced pretty accurately too. 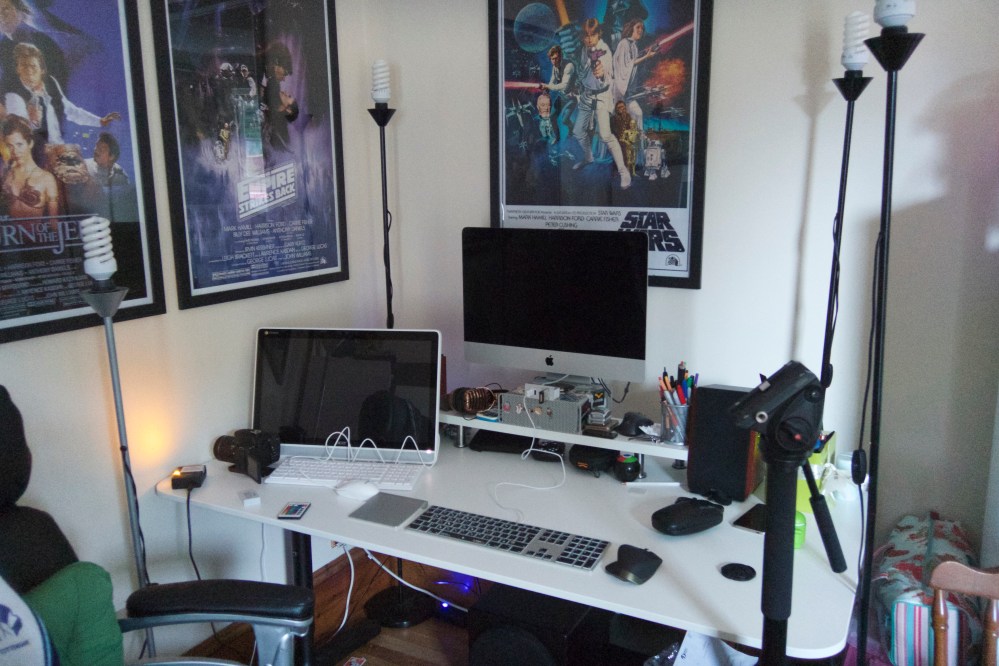 If you didn’t look too closely, you’d almost assume it was taken in the middle of the day. But there are still a couple of tell-tale signs showing that it’s taken in the dark with slow exposure. First off, you’ll notice the reflection from the small orange LED from the camera battery charger creating an exaggerated reflection on the wall by the left edge of the desk. Second is the amount of graining/noise, especially in the darker areas.

I took a number of shots outside as it gradually got darker. Often times, I couldn’t really see what I was shooting, but with the shutter speed adjusted, I could see much more in my photos than I could with the naked eye. As an example, check out the hedgehog hiding under the bench in the middle photo below. I had no idea it was there. 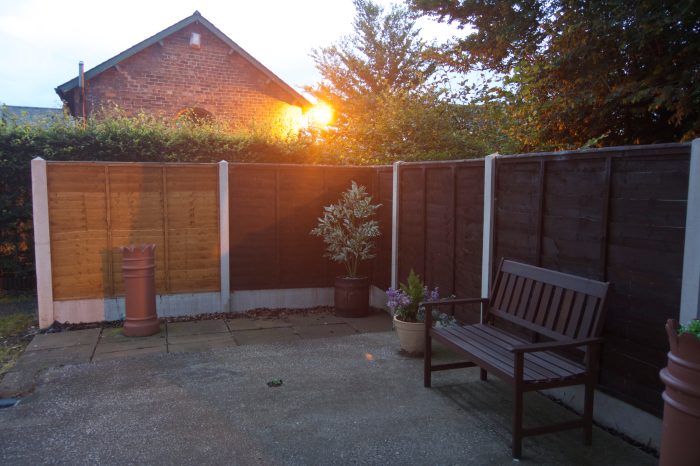 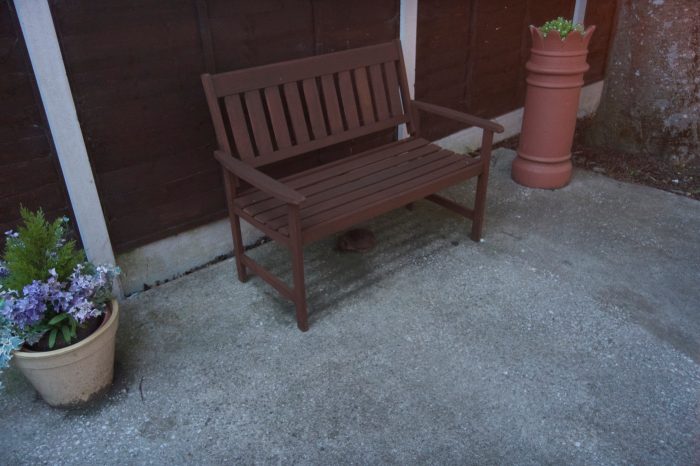 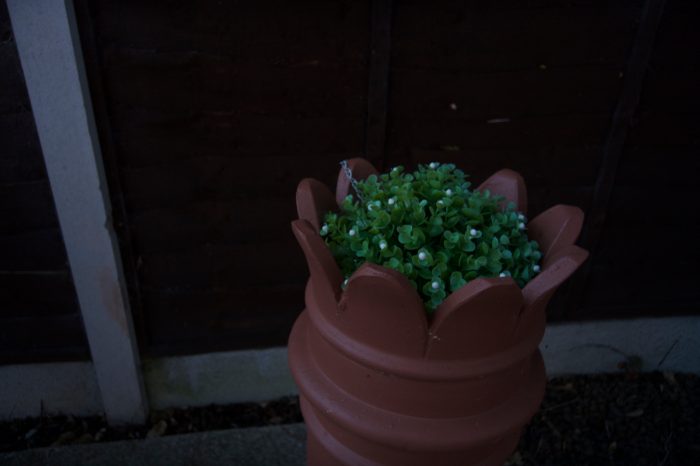 As with the majority of low light shots, I did tend to see a drop in picture detail. Sharpness just wasn’t quite up to levels dubbed certifiably “crispy”. That said, I did manage to get a couple of shots where detail was impressive. The image below of the artificial tree (for example): 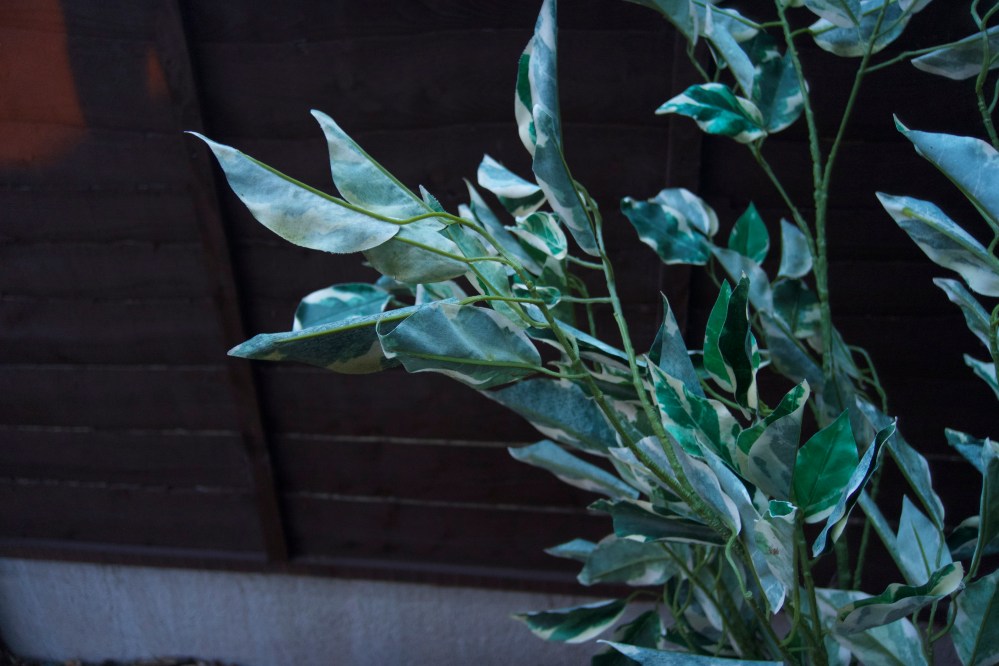 Sadly, since I can only upload JPEGs to WordPress I can’t share the full glory of a RAW file. But, here’s a crop of the “leaves”: 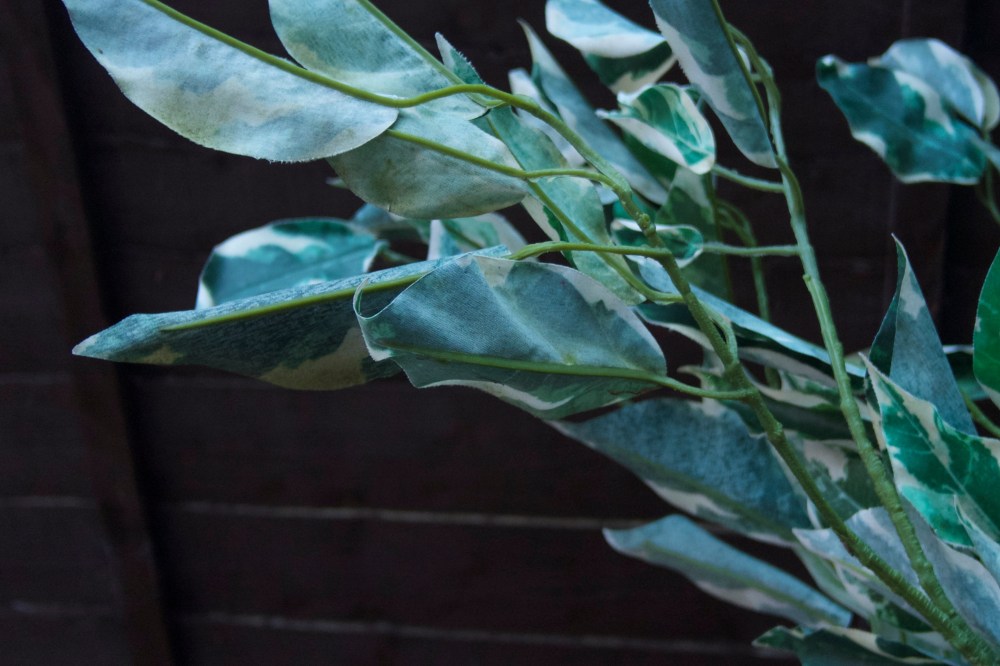 I can make out the pattern in the synthetic material used to create the fake foliage. This again was with the flash switched off, using nothing but natural light at dusk. I also took a couple of photos with the flash turned on, just to see what it was like. Generally, it was pretty impressive for a small LED-based flash. It did a good job of filling out the scene with light. 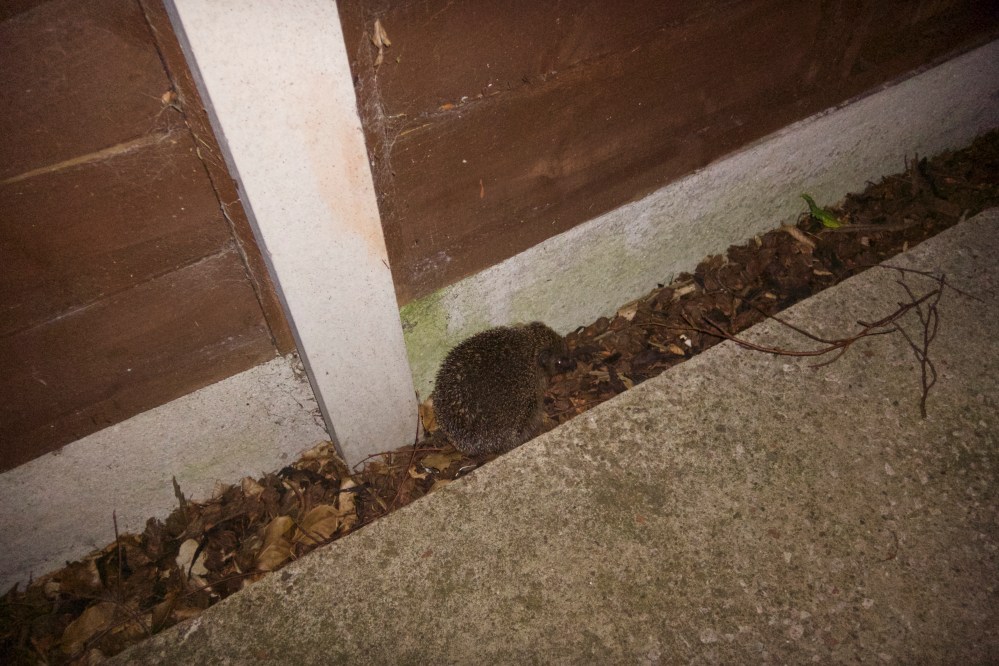 My friend, the hedgehog was a very compliant model and hung around for a little while as I tested the flash capabilities. Personally, I’m not a big fan of using flash photography, especially not when it’s the built-in under-powered flash often found on cameras and smartphones. So, I won’t judge it too harshly. After all, if you’re shooting still objects with very little light, the benefits of adjustable shutter speeds are clear.

Since this is marketed as a camera with connected smartphone capabilities, perhaps it’s a little unfair to compare it to regular smartphone cameras. But, having used it, I’d have no qualms in replacing one of my flagship devices with this if it means I always have a really good camera with me all the time. If I can put up with having a Nexus 6 in my pocket all day, I can sure as heck deal with a smaller chunkier phone.

I’ll be using some of these results in my full review video which should be going live before the end of this week. Of course, its photographic and video qualities will be used heavily to determine how good a device it is. But if you’re already sold on it, and want to buy one, you can grab them easily on Amazon in the US and in the UK.