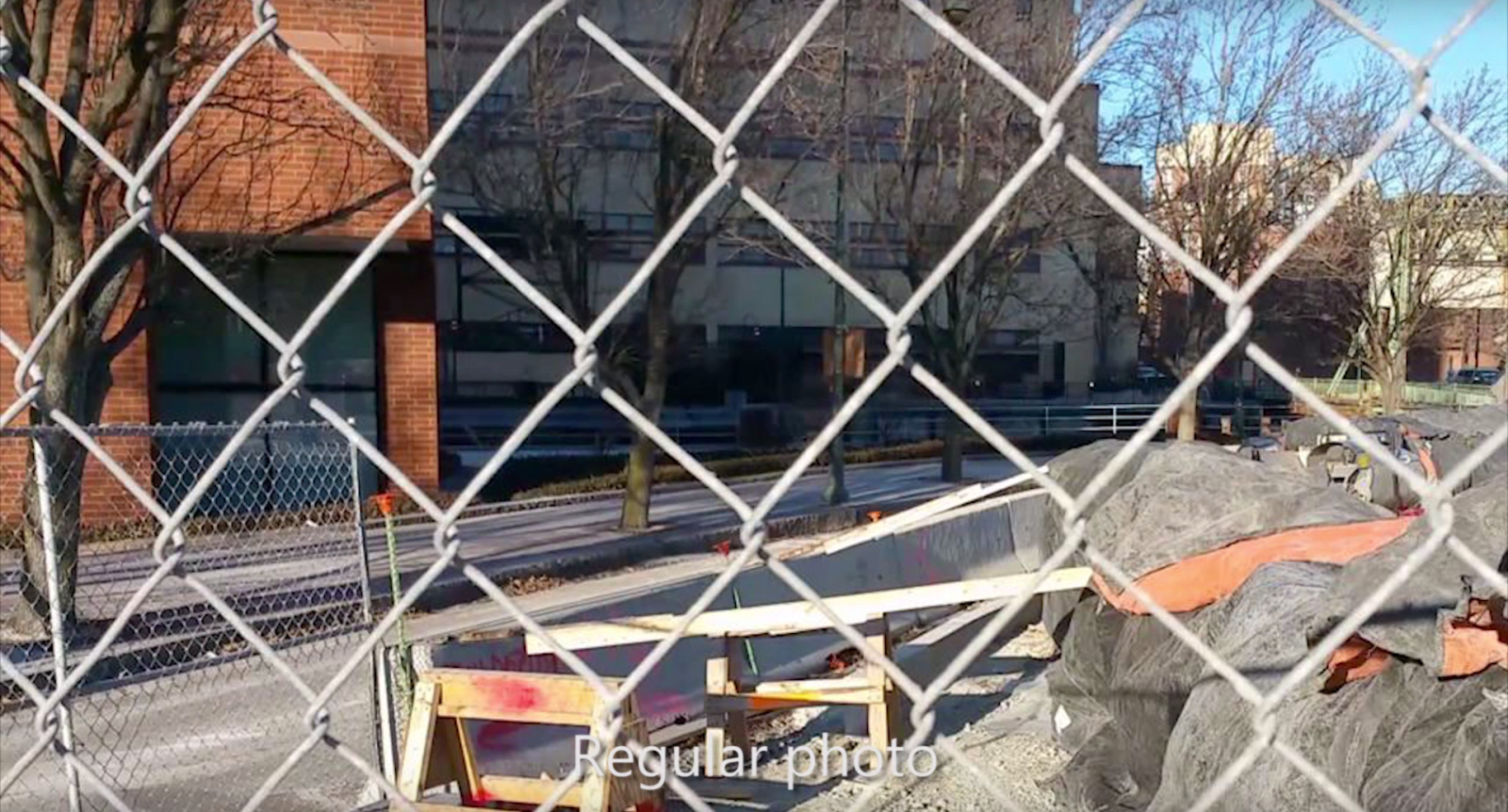 When you’re taking a picture, it’s not rare for obstructions like fences and reflections to make the resulting image less than ideal. Given a few frames, though, shouldn’t it be possible to do some post-processing and eliminate these problems? That’s what Google and MIT have demonstrated in a paper entitled “A Computational Approach for Obstruction-Free Photography”. It’s fascinating stuff.

If you’re taking a picture in a window, it’s pretty common that a reflection of inside the room or car could obstruct what would otherwise be a really nice looking photo. And that’s what this algorithm seems to focus on most. The team demoes several examples of taking several frames, and actually separating the obstructing reflection, leaving a clear image of the background.

It seems to work well with photos taken through fences and other situations too, the end result providing an image of the background as well as a fairly accurate representation of what the obstruction looks like by itself. This could have plenty of applications for everyday smartphone photography, but perhaps for forensic research as well. You’ll just have to watch it for yourself. Hopefully, this tech isn’t far from being added to the Camera app.