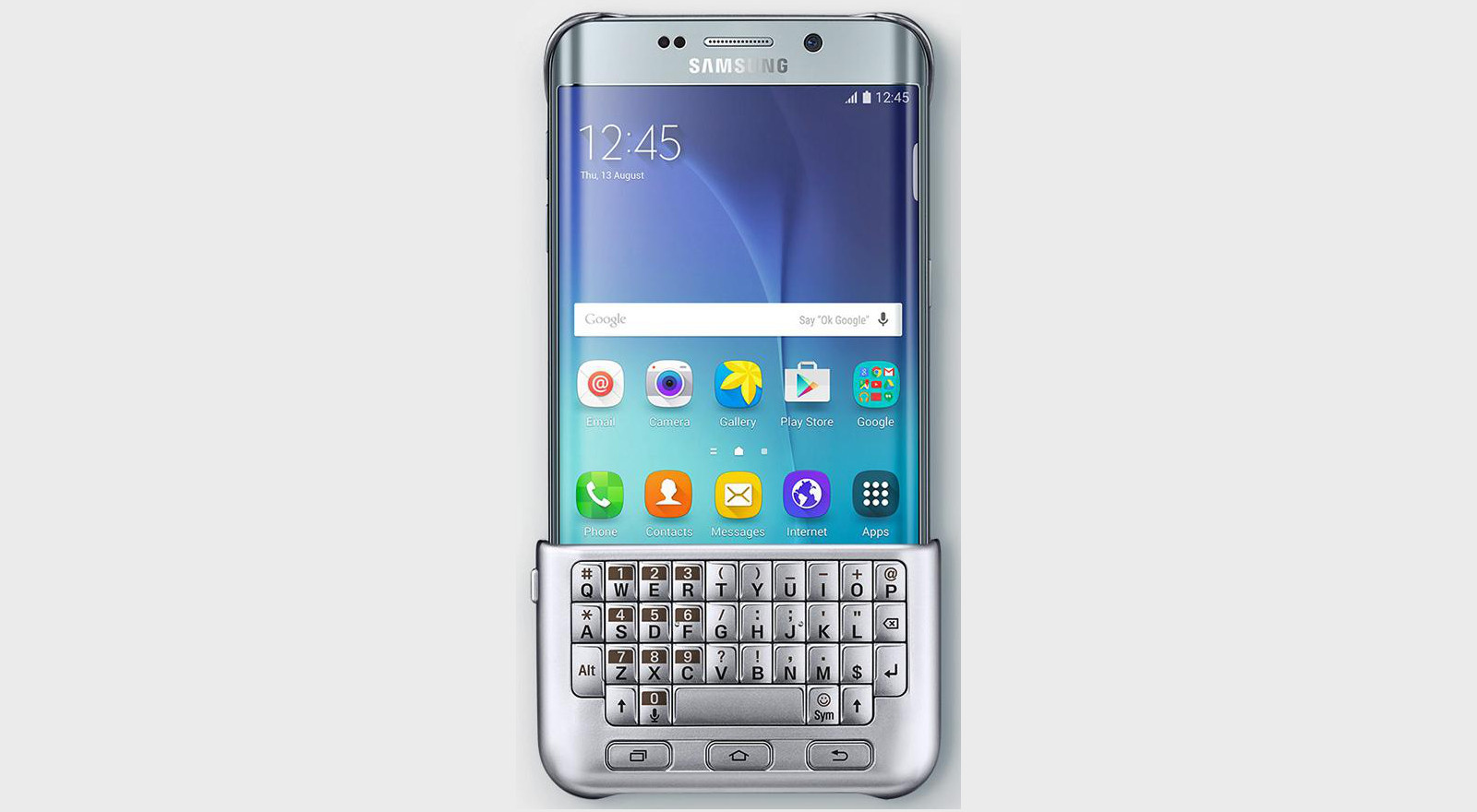 Evan Blass of evleaks has a pretty solid track record, and we’ve cited his leaks hundreds of times. This time, though, we can’t tell if what he has leaked is a joke or if it’s actually a real product on the way from Samsung. As you can see above, it looks like the Korean company might maybe possibly eventually release a keyboard cover for the yet-to-be-announced Galaxy S6 Edge+.

Knowing Samsung, this could very well be the real deal. And Evan hasn’t exactly been known to be a jokester when it comes to his leaks. He’s ended up wrong a couple of times, but I can’t remember many times that he has just posted a “leak” that was purely a practical joke. With that in mind, I have to say that this cover looks absolutely horrid — and useless.

A physical keyboard is something that many have desired since the move away from BlackBerry-esque devices, but I don’t know if this is the solution. I would much prefer that some companies — like BlackBerry, maybe? — make a smartphone that actually has a physical keyboard built-in. This hunk of plastic covering up half of your screen is surely be a nuisance and nothing more.