Motorola’s recently announced Moto X Play isn’t coming to the United States — not with that name, at least. It’s widely believed to be coming to the states exclusively on Verizon as the Droid Maxx 2, and the widely-sourced Hellomotohk has released new images of what is purportedly the back cover of the phone.

The most notable thing about these images is how the Verizon and DROID branding blends in with the rest of the cover — Verizon tends to plaster the back of its DROID phones with prominent logos. It depends on how the covers are manufactured and at what stage these were taken off the line to be pictured, but hopefully this is what the back will look like at its consumer release.

The reason it’s believed that the Moto X Play will come to the US as a re-branded Verizon phone is due to simple pattern-matching: Motorola builds all of Verizon’s DROID line of smartphones, and save for modifications to outward appearance and features, they tend to follow Motorola’s phones closely in terms of their baseline platform. Last year’s Droid Turbo, for example, was a tuned up Moto X. And in particular the Moto X Play compromises in places where Motorola’s other recently announced phone, the X Style, doesn’t, in favor of a larger battery. The Droid Maxx is traditionally Verizon’s line targeted at those who want large batteries. 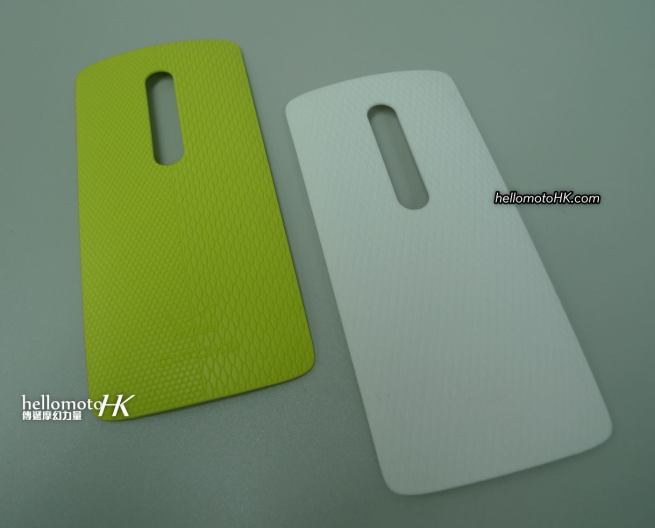 Based on the sight of two different back plate covers, it seems possible that Moto Maker or something similar will be available for this phone, but we wouldn’t get our hopes up. Nothing pictured has been confirmed by Motorola or Verizon, and could be fake.