According to a leaked internal Verizon Wireless memo obtained by Derek Ross of Phandroid, Google is preparing to launch its Android Pay mobile payments service on September 16th. This leak comes a couple weeks after another memo from McDonalds leaked, suggesting that the service would launch on August 26th. Clearly that launch date has been missed, but now it looks like we might have more reliable information… 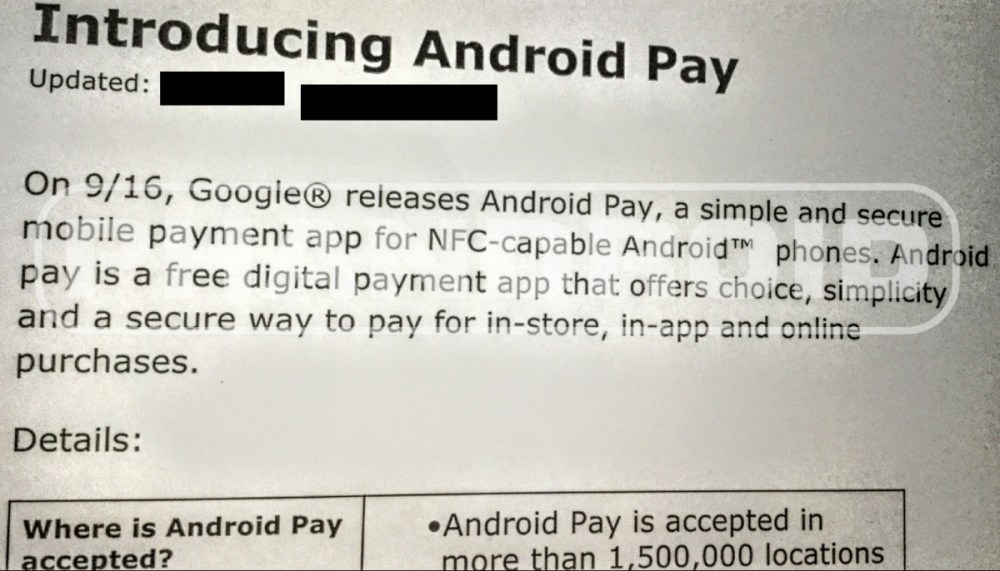 At the time of the McDonalds leak, Google hadn’t even pushed the most recent version of Google Play Services — version 8.1 — that includes the infrastructure needed for Android Pay. Some have even managed to launch the Android Pay functionality and walk through most of the credit card set up process. Once Google Play Services 8.1 has completely rolled out, it’s only a matter of flipping a switch to launch. It looks like that switch will flip on September 16th.