Opinion: LG V10 is a dual-screened, tri-camera beast of a phone, but is that what you want? 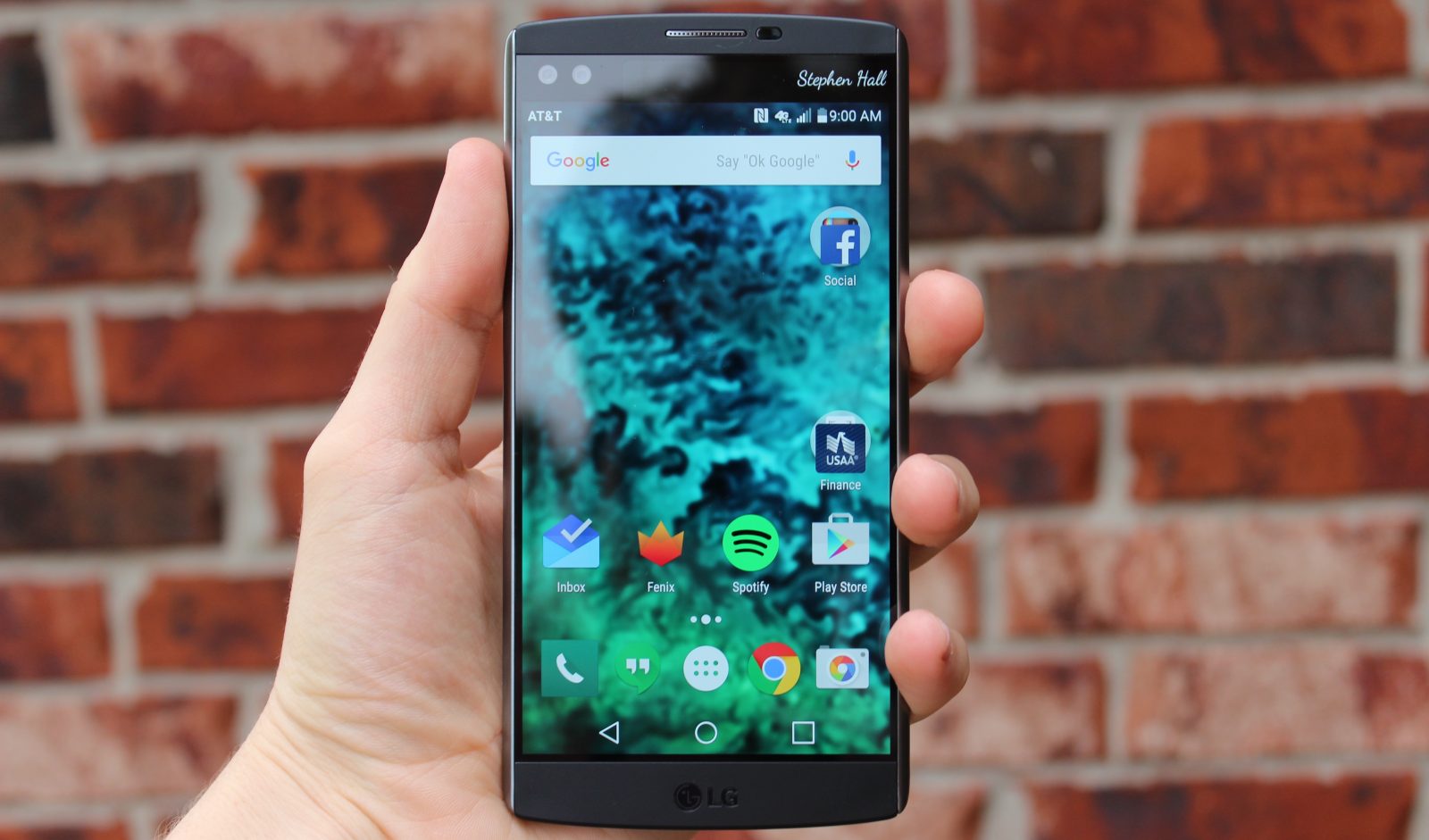 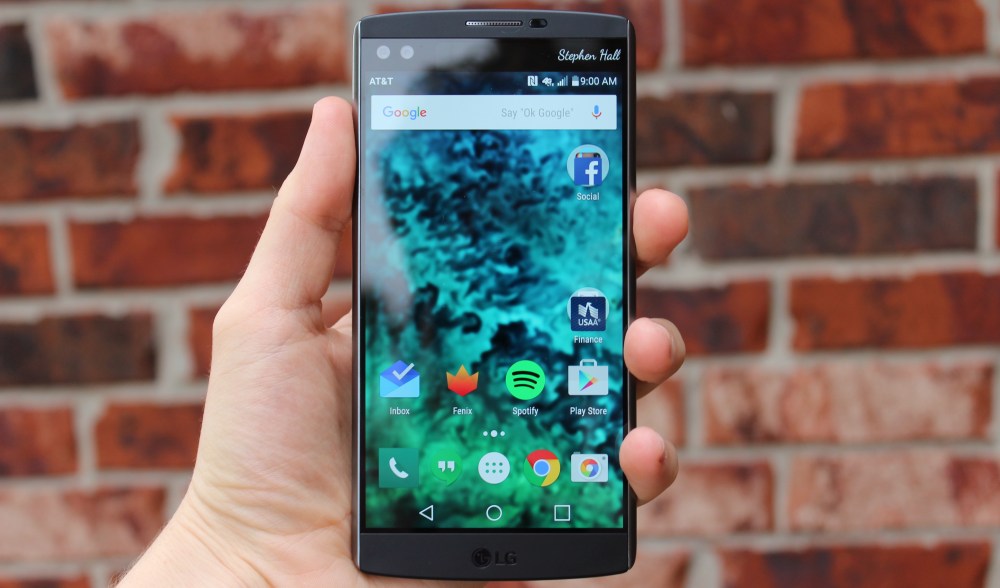 I used a Nexus 5X throughout most of October (and was very frustrated with it), but earlier this week the LG V10 showed up at my doorstep — and I just had to give it a shot for a couple weeks. Although my opinion may be skewed thanks to my less than joyful experience with the 5X, I actually found the LG V10 to be a contender for best handset I’ve used this year. It’s huge and heavy, yes, but at least for me, it’s more than feature-complete enough. And it’s especially great when you ditch LG’s software…

The best way I’ve found to determine which phones I prefer is to keep them both fully charged, accessible, and connected to a cellular network. Over a couple weeks with two very new phones — in this case the Nexus 5X and the LG V10 — it’s pretty easy to tell which one I gravitate toward. And while it’s obvious that the 5X is definitely in the lower-end of the spectrum in terms of specs, it was clear that I much preferred the V10 in most ways. In fact, I barely touched my 5X. 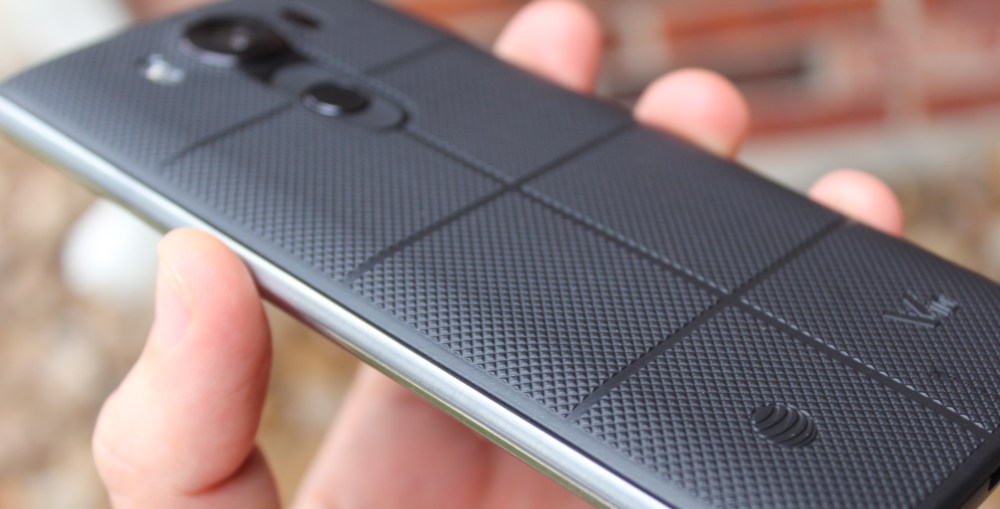 You can read our full review of the LG V10 if you want to learn about the phone’s specs and the basics of its functionality, but I mainly want to hit on a few points that I think stood out over the last several days using this phone. For a quick refresher, the phone has a Snapdragon 808 processor with 4GB of RAM, 64GB of internal storage and a user-replaceable 3,000 mAh battery. The phone has a 5.7-inch QHD IPS display, and right about that is a 2.1-inch display with a resolution of 160 x 1040.

First, the textured back and metal edges. This phone definitely feels great in the hand, and the back — depending on your tastes — is either delightful or tacky. I personally like the handgun textured backside a lot, although back cover texture is not something that usually makes or breaks a phone for me. Overall, though, the phone — as you can see in these pictures — is very well built. It feels sturdy. It feels like you could throw it against a wall, but it’s nice enough that you won’t be tempted to try it.

It feels like you could throw it against a wall, but it’s nice enough that you won’t be tempted to try it.

Secondly, the vibration motor. One of the first things I notice about a phone is how certain things feel (including the aforementioned textured back and metal sides), and the vibration motor is included. I joked recently that I judge phones based on their vibrators now (a test that the Nexus 5X fails horribly), and this is one area where the LG V10 is a winner. Typing on the keyboard gives a very satisfying feedback, and the motor just feels very high-quality. I use the iPhone 6s’ extremely satisfying “Taptic Feedback” motor as the baseline, and the V10 is definitely nearing that vibrator in quality. It’s tighter than the Nexus 6, and more powerful than the 5X.

As for the LG V10’s little second screen, I’m going to go with the majority opinion on this: It’s a near-useless gimmick. Not only have I been noticing the same screen bleed problem that Dom mentioned in his review, but I just haven’t really found any practical use for this thing. It lets you multitask quickly (which would be nice if I had 10-inch fingers), but other than that it’s pretty useless. It gives you the time when the screen is off (which pulls battery life for no reason), it provides a place for some camera controls, and it… shows your name in cursive. It’s pointless. In fact, I’ve noticed that it sometimes gets in the way of pulling down the notification center. One thing that I don’t like is that the lock button is on the rear. As someone who has never used an LG GX device as his daily driver, this is a new thing for me. But as far as I’ve heard from dedicated LG users, this is something that you get used to. I will say, though, that the fingerprint sensor on the LG V10 is definitely inferior to that of Nexus Imprint on the Nexus 5X and the Nexus 6P. Putting the fingerprint sensor on the lock button is an odd user experience, and it just feels way less reliable than I’m used to.

From a more optimistic perspective, the LG V10 has just about all the upsides of the LG G4. Like the G4, the V10 has an awesome camera taht gives you manual controls, laser autofocus, a really nice flash, and the V10 adds a second front camera. Some call it a gimmick, but I actually thought that having two 5-megapixel lenses (one is for 80 degree selfies, the other for wide angle selfies) was a pretty cool feature. If you’re a selfie aficionado, the wide angle lens can be a nice way to capture more of the background in your pictures. As I mentioned, the phone’s performance is smooth as butter. Multitasking feels great. The camera launches quickly.The battery lasts a solid one day. Call quality is great. This is definitely a good phone, despite its gimmicks and huge size.

For my final thoughts, I’ll spare you the pain of having to listen to me complain about LG’s Android skin. The LG keyboard isn’t great, the default launcher is not amazing, and the lock screen animations are far too few and far too tacky. If you can get beyond this, though, and load up the Google Keyboard, the Google Now Launcher, and download Muzei, you’ll have yourself a near-stock Android experience. It’s still Lollipop as of this writing, but I found it to be more than bearable. And it doesn’t get in the way of using the second screen (if you ever manage to actually use it for anything).

I’m sad to admit that I’ve yet to use the Nexus 6P, but I think that if I did, I’d agree with most in that it’s simply the best all-around Android phone right now. The Nexus 6P is probably your best bet if you’re looking for an Android phone in this size range. Pretty much all of the upsides of this phone, including its beast performance, high quality build, great camera, and more, can be found on the Nexus 6P. And with the Nexus 6P, you get future-proof USB Type-C, the latest Android releases, and a much better fingerprint sensor. That’s not to mention that the V10 still runs around $250 on contract, while you can get the Nexus 6P starting at $499 without contract.