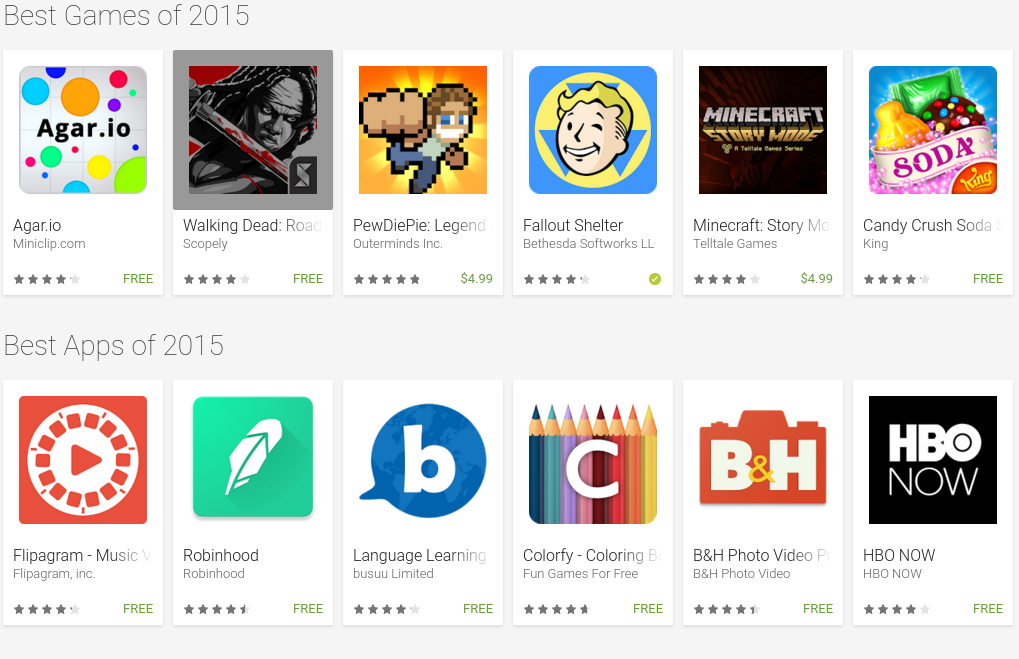 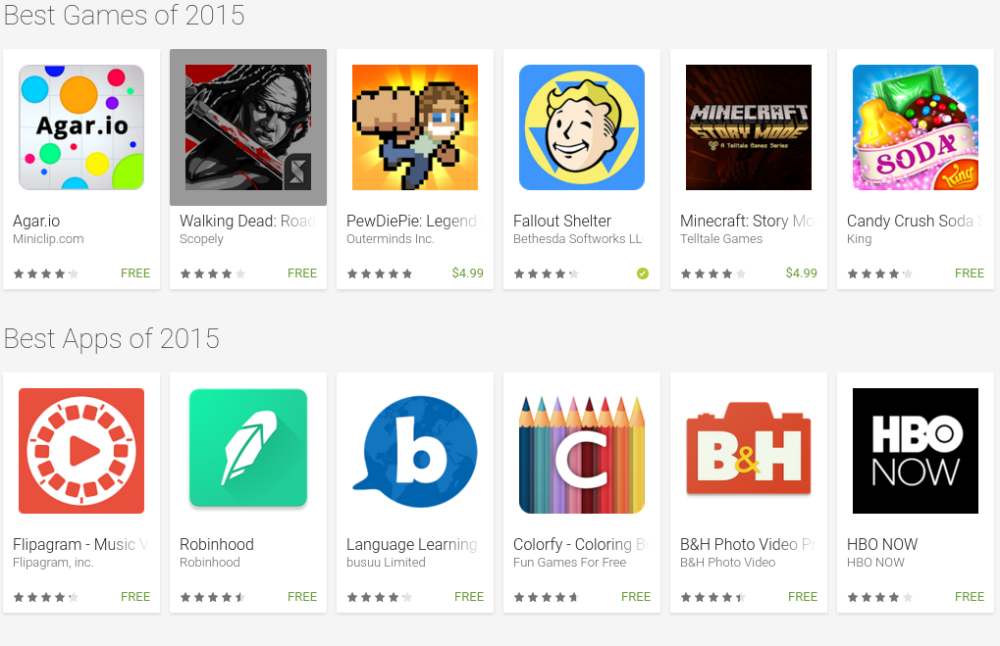 In past years, Google just highlighted the best apps in their end of the year list. But to demonstrate the content store’s shift into more than just apps, other forms of entertainment like music and movies are getting their own section in the Play Store’s Best of 2015 this year.

There are about 50 picks in the best games list of the year. All have a four stars or higher ratings and the majority are free games with in-app purchases. Though several paid apps, like Cartoon Network’s Attack the Light, Minecraft: Pocket Edition, and indie hit Prune made the list.

On the app side, major apps like Twitter, Microsoft Word, and Adobe Lightroom are present. As are streaming service apps from HBO Now, Showtime, and Netflix. Again, the majority are free apps and all have at least four stars. Several recently launched Google apps, like YouTube Kids, Gaming, and Photos made the list too. Apps that customize Android, like SwiftKey, Action Launcher 3, and Nova Launcher are also there.

The Top-Selling Albums, Movies, Books (mostly ones that movies are based on), and TV charts have nearly 100 picks in them. The Play Store’s curation team also lists their favorites publications in Newsstand and other types of entertainment. Check out the Best of 2015 yourself to find new games to play and stuff to watch over the holidays.