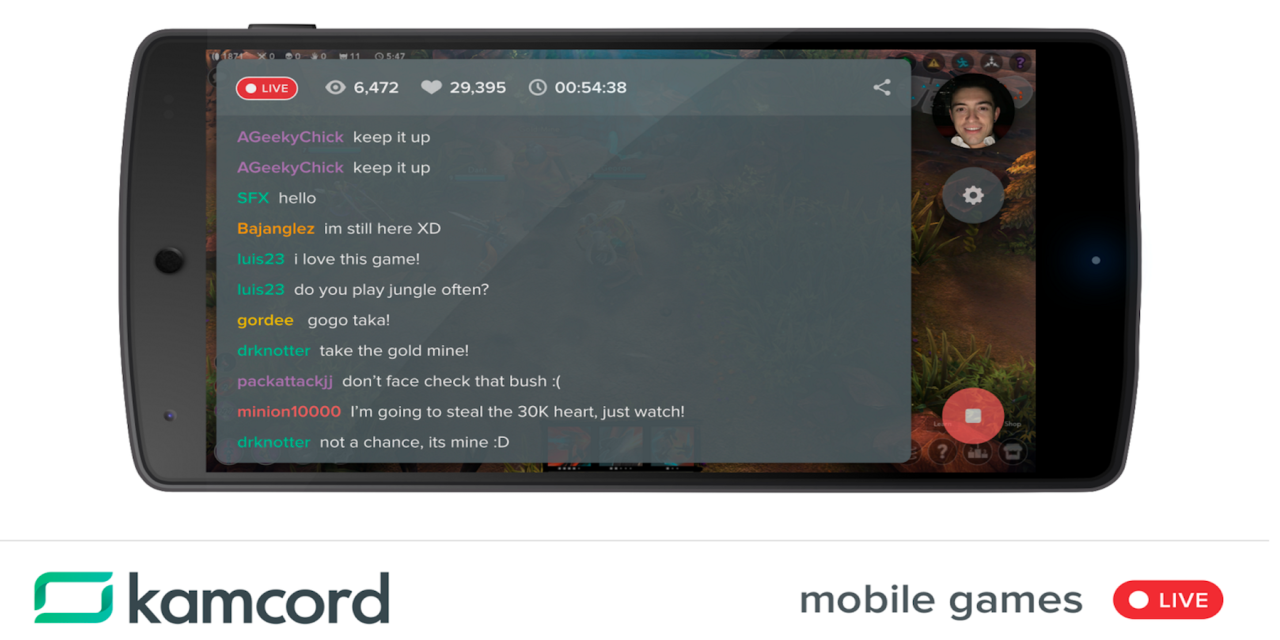 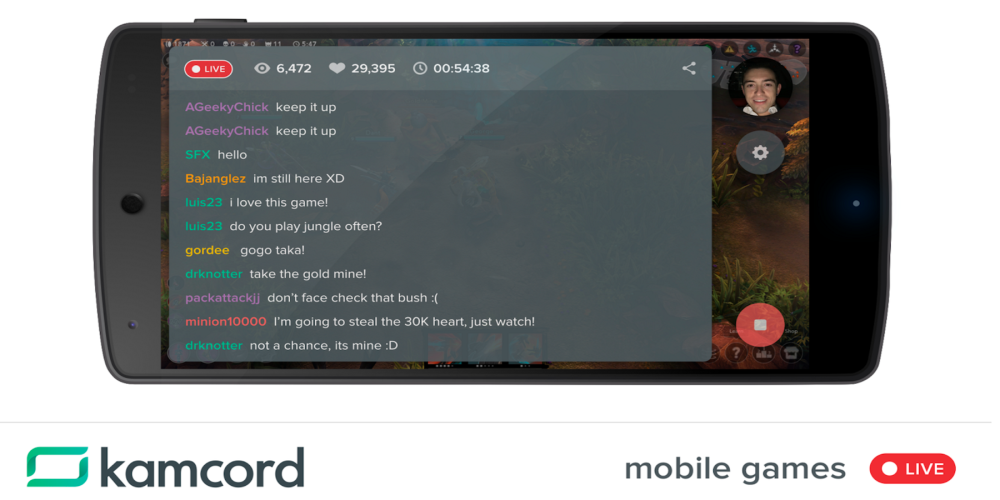 The company first announced back in July that it was bringing live streams to its community Android app where its user base can discover and watch gameplay videos uploaded by others using the service. But at the time, the ability to live stream was only possible for desktop users with setups to do so. That limited the number of users that could actually share a live stream, but now anyone with the company’s Android app can start recording gameplay and live stream simultaneously.

Kamcord’s Eric Edelman told me a little bit more about the news:

“We see viewers and creators as fluid groups. A lot of our viewers today want to create content. Empowering people to stream from their devices will dramatically increase the amount of content on Kamcord and our appeal to new viewers. This is particularly true in Asia. Teens in Japan and Korea are alienated from streaming platforms like Twitch and niconico because so few of them have personal computers to stream from. We have a huge opportunity to become the default streaming option for young people in those markets.”

The app also lets the person live streaming chat with viewers in real-time, as pictured above.

And to accompany the news of live streaming for Android users, Kamcord today shared some updates on stats compared to its competitors. Most notably, the company told me it’s currently beating YouTube Gaming “by a massive margin on both the App Store and the Play Store,” posting out the ranking of its app versus YouTube Gaming in the App Store during recent launches of games popular with gameplay recorders.

It also noted that it “rose to become #5 app in our Media & Video category on the Google Play Store in Korea,” as the company experiences major growth in Japan and Korea following a launch just a month ago.

To start live streaming gameplay using Kamcord, you just need to download the Android app on a device running Android 5.0 or higher.