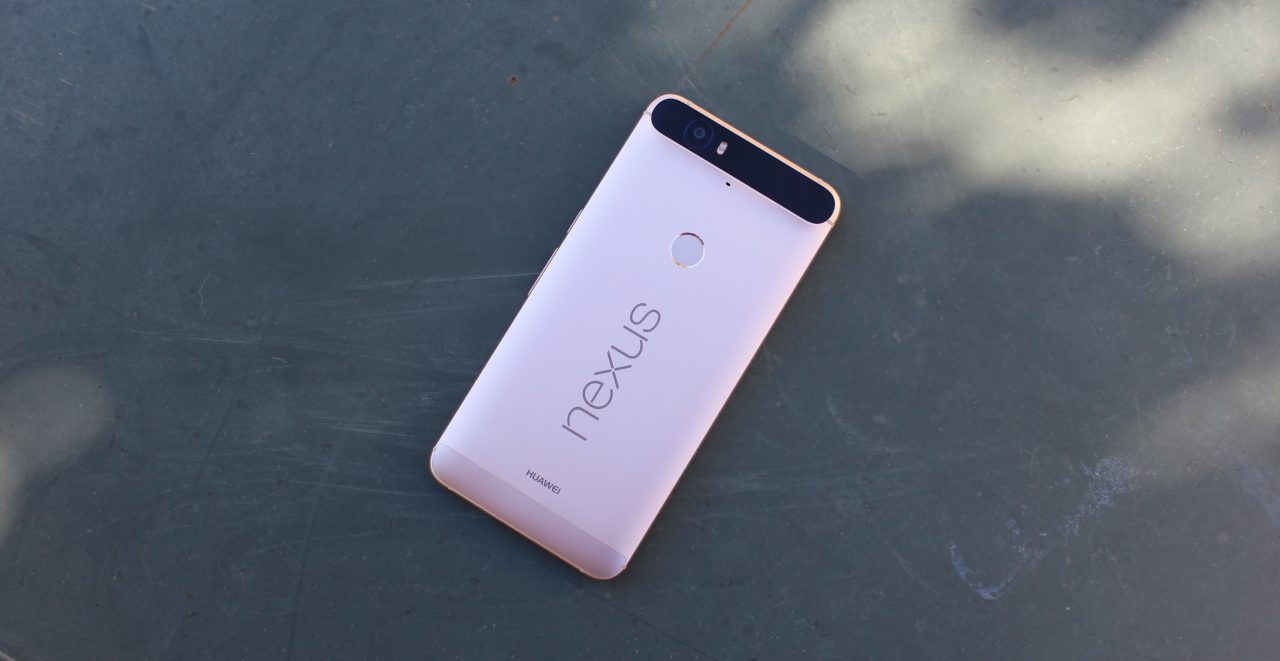 One of Google’s latest slogans created to showcase the essence of Android in a nutshell spells: “Be together, not the same.” It is both a testament to the company’s general embracement of diversity and arguably one of the most precise ways to describe the OS as a whole. Fans, however, have long had trouble trying to identify the ‘ultimate’ Android device, despite the sea of devices whose supposed heterogeneity should guarantee a perfect match for everyone.

In an endless fight among the various OEMs to come out at the top of the critics’ — as well as the fans’ — rankings, one trend has notoriously stood out. People love Android devices because of the software (specifically its flexibility), and in spite of the countless efforts made by manufacturers to tweak and enhance the OS in order to make it better, the pure, unadulterated experience offered by Google has long been preferred by virtually every enthusiast.

Be it because of its simplicity and cleanliness, dedication to Google’s brand, or the sheer fact that updates are not hampered by carriers and other third parties, stock Android has always had the upper hand over UXs such as Samsung’s TouchWiz or HTC’s Sense — at least to those who even know what “TouchWiz” is. To this day, the problem with Google’s vanilla OS still resides almost solely in the hardware it runs on.

The Nexus program, initially launched to simply showcase Android’s potentialities to developers and a very small circle of fans, eventually made its way to the more mainstream market, with carrier deals and a fair amount of advertising. Over the years several manufacturers have taken the Nexus mantle: HTC, Samsung, Motorola, and, perhaps most notably, LG.

It was LG’s Nexus 4 that, building upon the relative success of its predecessor, the Samsung-made Galaxy Nexus, made the headlines for its incredible bang-for-your-buck value. However, the lack of LTE made it barely a considerable choice in markets such as the US’, where the technology was already widely available, thus leaving fans disappointed.

2013’s follow-up, the Nexus 5, is generally considered the best Nexus ever made, and it’s also the best-selling one. It was indeed a very good smartphone, and it came at a bargain price point, but it had a poor camera, and average batter life at best; all gripes that even Nexus 6 owners had to deal with twelve months later – let alone the size of the not-randomly-codenamed “Shamu”.

So when Huawei was rumored to be last year’s Nexus partner, I kept my expectations low, even though their handset was supposed to be the higher-end one, as opposed to LG’s more mid-range device. As a loyal Nexus customer, though, I eventually purchased the Nexus 6P on day one (a 64GB unit), feeling confident in both the specs and Google’s own keynote announced, and have used it as my daily driver since. 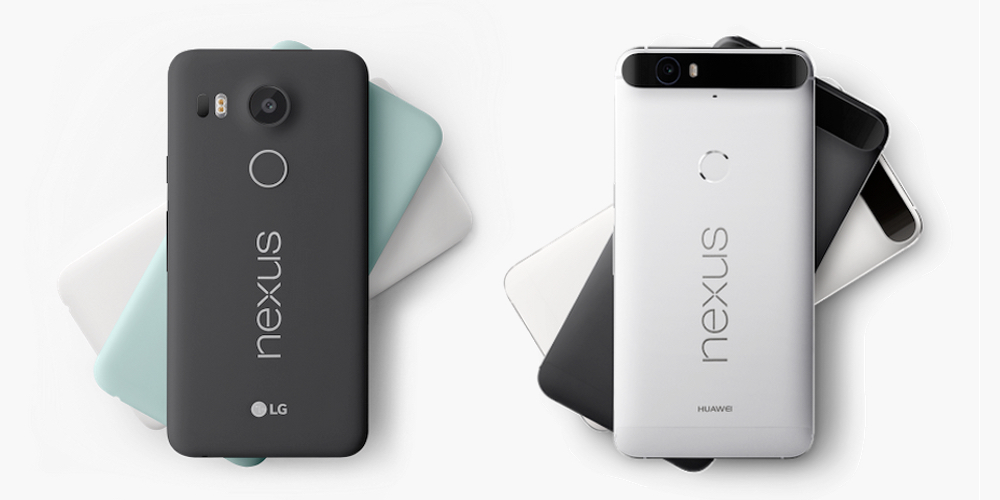 The reviews coming out a few weeks later all mentioned how this was undoubtedly the best Nexus to date, specifically pointing out its great battery life and, above all, the solid camera.

Cameras had been a major pain point among Android flagships across all OEMs, and to see a Nexus not only playing catch-up but going head to head with the Galaxys and the iPhones was nothing short of exciting.

For the most part, my own experience has in fact been positive. The Nexus 6P is indeed a solid phone, with camera, design and the media consumption experience being the areas in which it shines the most. It’s just a nice phone from top to bottom, with a design that makes it both pleasing to the eye — the Visor’s protuberance has never bothered me, and I actually consider it a nice visual characteristic — and fairly compact in hand, despite the massive 5.7″ screen.

And that screen is fantastic, too, with vibrant but not overly saturated colors, the beautiful blacks typical of AMOLED panels and good viewing angles; good enough to let someone else sit beside you and enjoy a video or two while the front-facing speakers blast the sound out directly at you.

Nevertheless, after a few weeks of — and bear in mind that this is my personal experience, which may be related to my unit alone — a couple of issues started to surface more and more frequently: the 6P became overall less snappy than I demanded it to be, with several and frequent — albeit small — performance hiccups, and the battery began to fall short of the 3-hours of screen on time I generally managed to squeeze out of it. Some less-than-optimized Android software could partly be the culprit here, but these problems are there nonetheless.

Android Marshmallow is very good, there’s no question there, but the supposed polish it was to bring upon Lollipop’s mess is something I have a hard time spotting when compared to my previous phones (either the Nexus 5 or the OnePlus One), with sporadic lags and frame drops hindering even the simplest of tasks, such as opening an app (Play Music is particularly slow to fire up almost every single time, and so is the Chrome browser). I think that Google has even more room to improve and make Android just feel more solid.

The camera experience, while delivering generally great results in the most varied light conditions, is always a tad too slow for my taste (although dramatically better than it was before), and it happened more than once that the app would just crash with no apparent reason. (Also, removing manual exposure even in the settings is decidedly not cool, Google.)

After years spent with a number of Android devices and countless iterations of the software, to see these small issues pile up and still plague the best-of-the-best device has become a little hard — and I’m not even mentioning the Nexus 5X, where everything is greatly amplified to the point of being borderline unacceptable even for a regular user.

Most of all, it doesn’t allow us a glimpse into the future

Is the lack of a deeper hardware-software integration to blame? Possibly. But that’s Google’s problem to solve, and it has to do it before these devices hit the market. And it’s worth noting that even Apple’s phones, which are praised due to their inside-and-out polish, still have problems of their own. I’m trying not to compare across the pond, but simply express aggravation with something that’s just not okay with me in 2016.

There is also a more personal side to my Nexus 6P journey. The more I was using it, the more a feeling was growing on me: this device is good, excellent in most areas, but even forgetting about its shortcomings it is underwhelming, boring, and most of all it doesn’t allow us a glimpse into the future.

It isn’t necessarily a bad thing, mind you — but after years of phones not living up to what they could be, I was hoping for a Nexus that innovates and introduces features others would eventually follow, and not the other way around.

The biggest hardware implementation introduced in the Nexus 6P? A fingerprint scanner (albeit a nice one), something that iPhone users had had for two years. If 3D Touch-like systems were to become second nature, and hence pressure-sensitive screens common place among flagships, would stock Android fans have to wait another two years for a Nexus device to catch-up? More generally speaking: is it too much to ask Google for a Nexus device that actually leads the way (and no, although cool, I’m not talking about something like USB-C)? Perhaps the company doesn’t think so — at least not anymore.