A new patent that surfaced on Tuesday (via Qz) suggests that Google/Alphabet could have plans to use its self-driving car technologies for a truck-based delivery service. The patent describes an “autonomous delivery platform” for an autonomous truck with lockers (not unlike an Amazon locker), driving to a customer’s location to deliver a package…

The patent goes on to describe a “package securing system” with “securable compartments” that the vehicle uses to make sure that deliveries get to the correct customer. As shown in the below diagram, this system could be secured by a pin code, or as suggested by the patent, a person’s credit card or NFC reader.

The patent doesn’t directly describe the autonomous part of the vehicle (which, to us, is probably the most interesting part of this patent), but it does briefly mention technologies such as “various sensors” including video cameras and radar sensors, to control the automated vehicle. 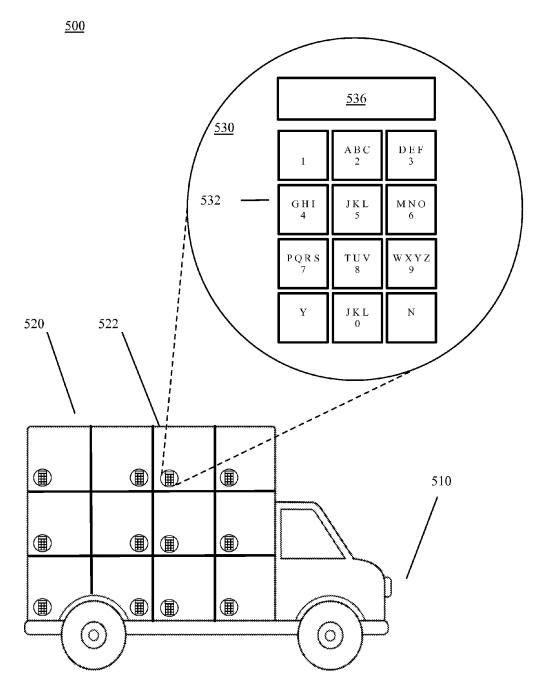 As is the case with every other patent in the world, this is just a patent. Google, Apple, and most other companies in Silicon Valley patent things every day, and very often these patents don’t go on to become actual products. We do know that Google/Alphabet is working on self-driving cars, and that the company has a delivery service in the works. Merging the two would just make sense.