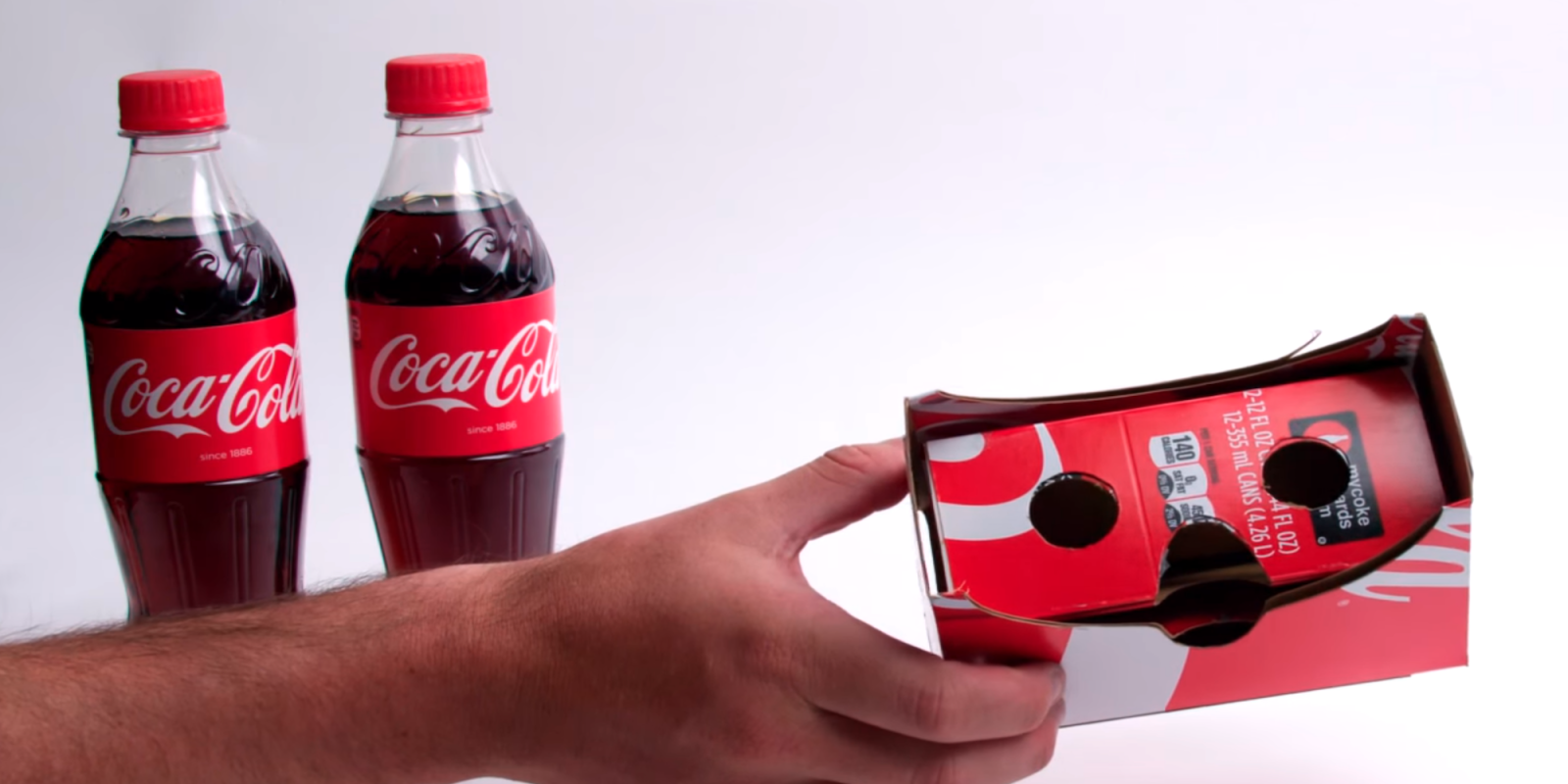 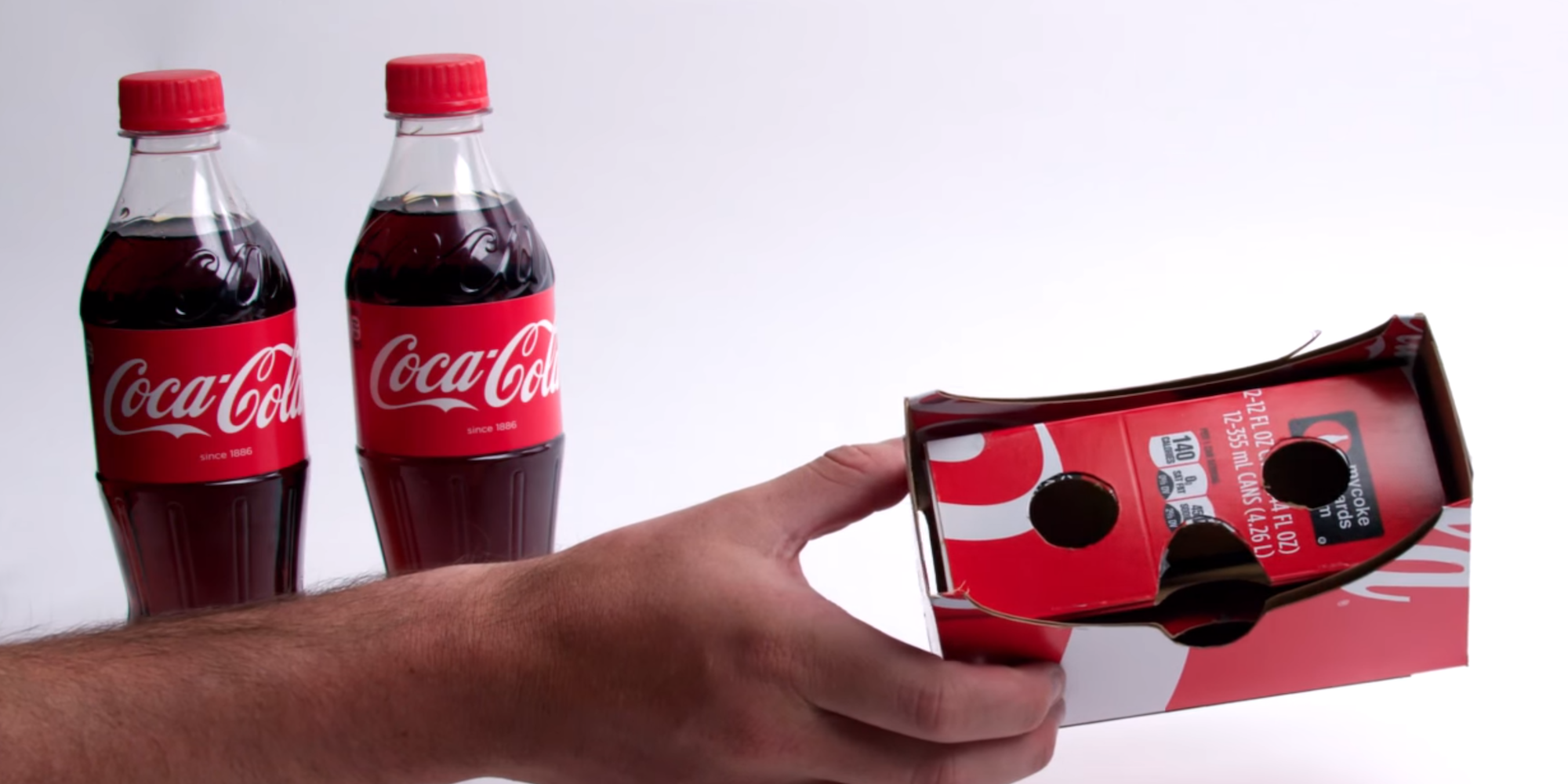 Coca-Cola could easily equip just about everyone in the country with a free Google Cardboard-style VR viewer if the above experiment turns into reality.

The project envisions packaging for a 12-pack of Cokes and other products that is easily converted into a virtual reality viewer for a smartphone and it looks like it’s based on Google Cardboard specs. In the video below we see Coke’s prototype for the idea, which uses only recycle cardboard from its popular 12-pack box to create a VR viewer that works with a smartphone.

It’s not much of a stretch to imagine Coca-Cola actually making this packaging idea a reality, as Google and third-parties are already selling what are essentially kits of pre-cut cardboard that customers assemble themselves in much the same way.

Users would have to cut out the pieces using guides Coca-Cola has on the inside of the packaging, but the only part missing is the plastic lens, something Coke could easily throw into the box like it does for other product giveaways.

Google’s Cardboard platform, an open spec for virtual reality viewers powered by smartphones, already has over 10 products from various companies ranging from low-cost all cardboard versions to products that more resemble a finished consumer product like Mattel’s revamped View-Master. Last month, Google announced that over 5 million units of Cardboard viewers had been shipped as apps for the platform passed the 1000 mark on the Google Play store.

Check out the full video below: