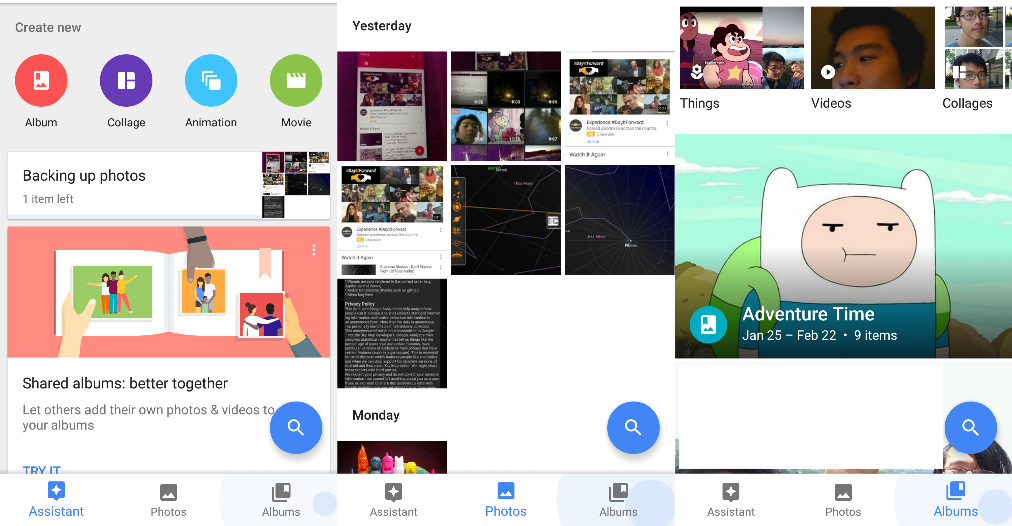 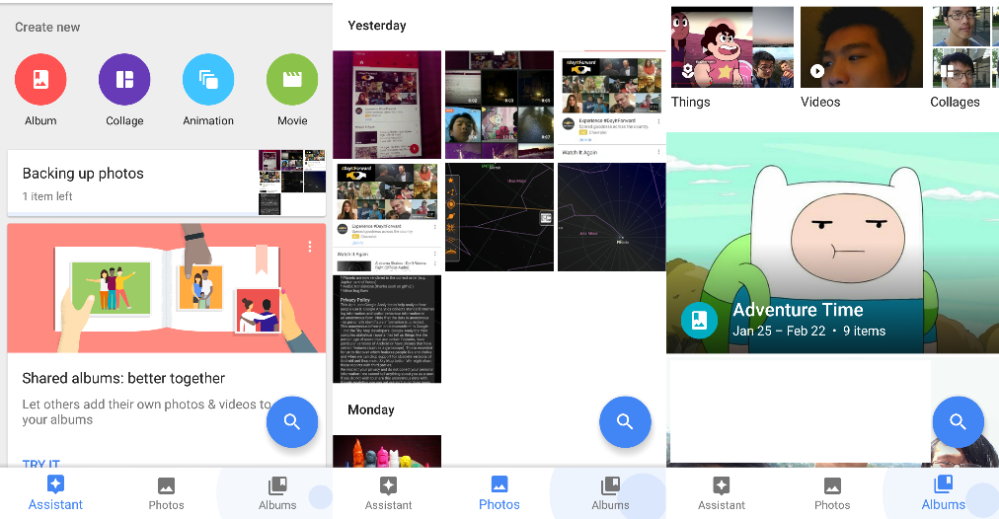 Following this morning’s update that added more editing tools to Google Photos website, the Android app has received a slight redesign. Besides the new design and performance enhancements, editing tools and other functionality remains the same.

The app now has a bottom bar (like Google+) that replaces the sliding screens. The Photos view remains at center, with Assistant to the left of it and Albums (renamed from Collections) to the right. Even with the bottom bar, the interface still has a hamburger menu to access Shared Albums, Device Folders, Trash, and Settings. Unfortunately, the bar is persistent and does not hide when scrolling.

At the top of the Assistant screen is a series of short cuts to create a new album, collage, animation, or movie. There is still a create button at the top right corner to access the complete list. The Albums view now has a scrolling carousel to access people, places, videos, and more. In the past, these items were only accessible in the search view or hamburger menu.

The addition of a bottom bar is meant to make navigation around the app easier and more obvious. However, I do miss the ability to swipe between screens. Version 1.15 of Google Photos is rolling out now via the Play Store. The iOS version of the app will receive the same interface in a future update. 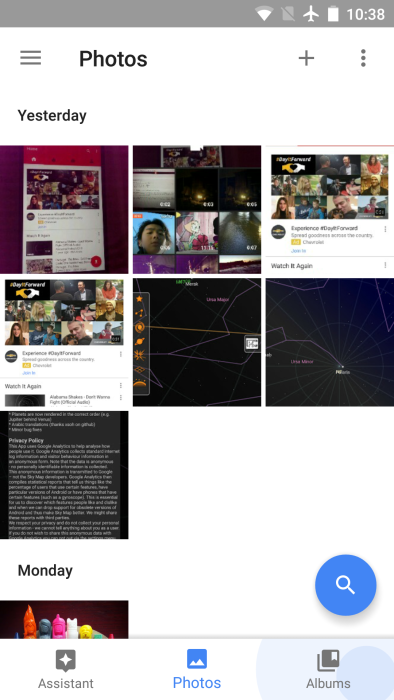