LG now has an IFTTT channel for smartphones, V10 is the first compatible device 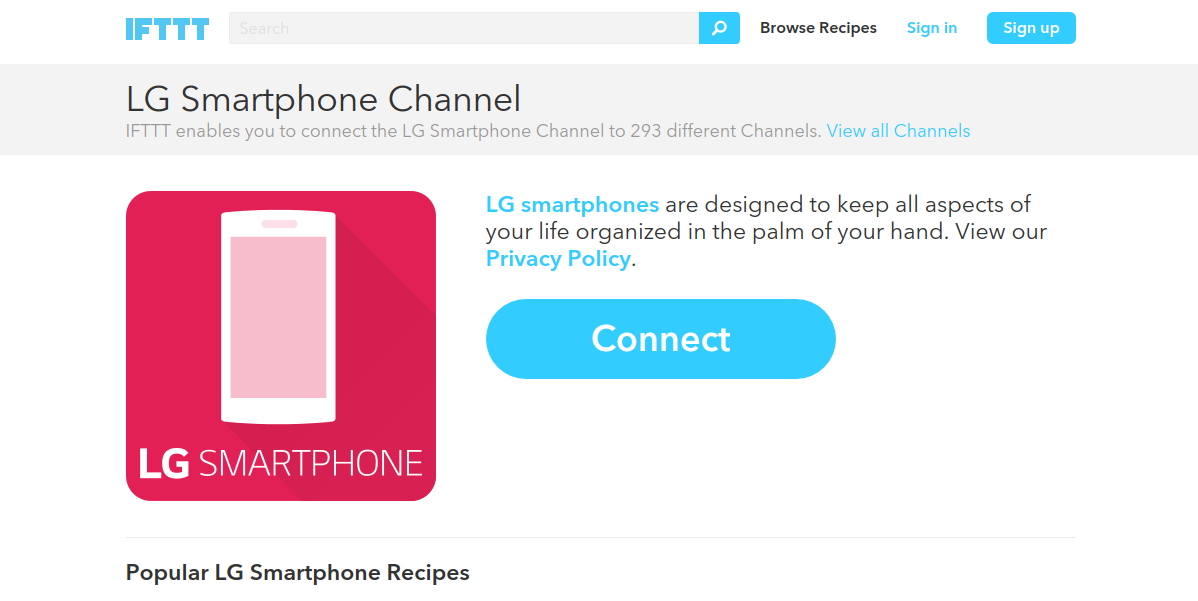 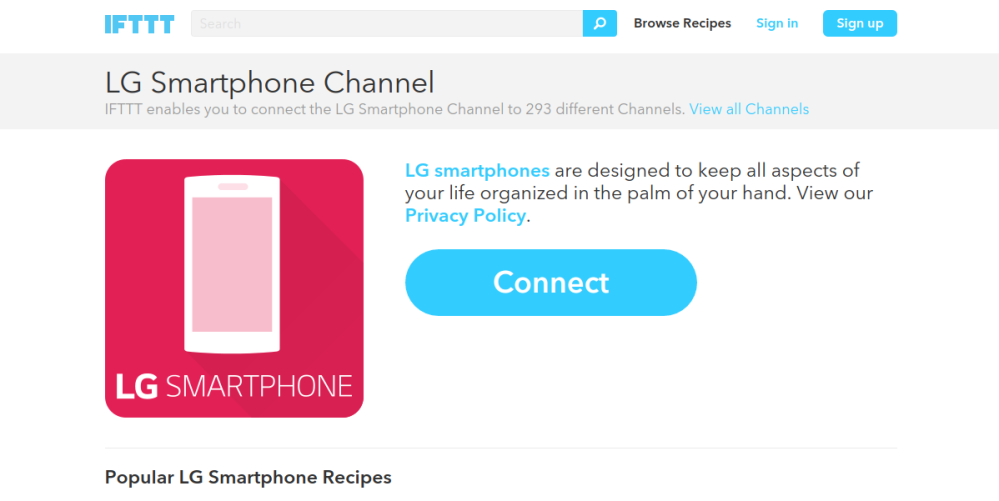 With very little effort, anyone can use IFTTT to program services to trigger actions based on other events. LG has now opened up their smartphones to serve as triggers and allow other services to initiate hardware and software features on the device.

The LG Smartphone Channel only works with last year’s LG V10, but it is highly likely that future devices like the G5 will also be compatible. After creating an IFTTT account and connecting a device to the channel, users will be able to do such things as play music when headphones are plugged in or send exercise stats to Google Sheets. There are already a few pre-made recipes by the community that just requires users to connect a web service to IFTTT.

There are eight triggers on the device, including when a screenshot, photo, or video is taken and when an alarm goes off, that can be used to cause another action on any of the various 293 services. Other services can cause the phone to turn Wi-Fi, Bluetooth, NFC, and other hardware and software features on/off.

In a day and age when interoperability is often forsaken for complete system control, this kind of user friendly programming helps open up the full potential and functionality of a phone. Users can also download the IFTTT app on any Android device to get similar functionality.