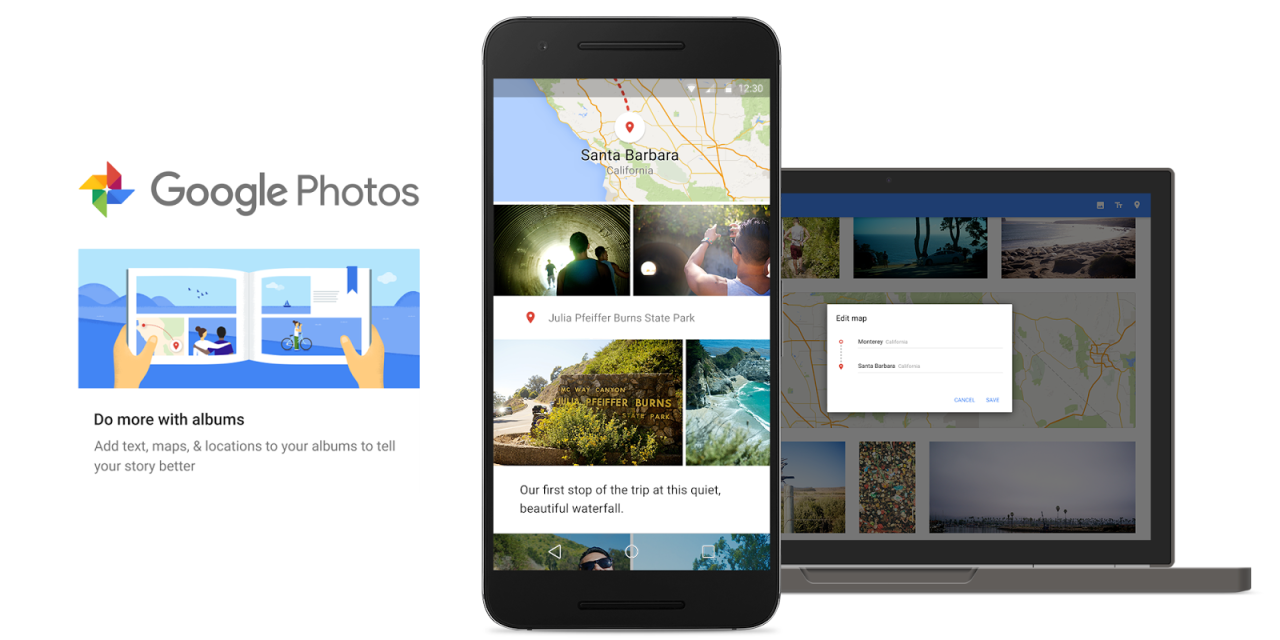 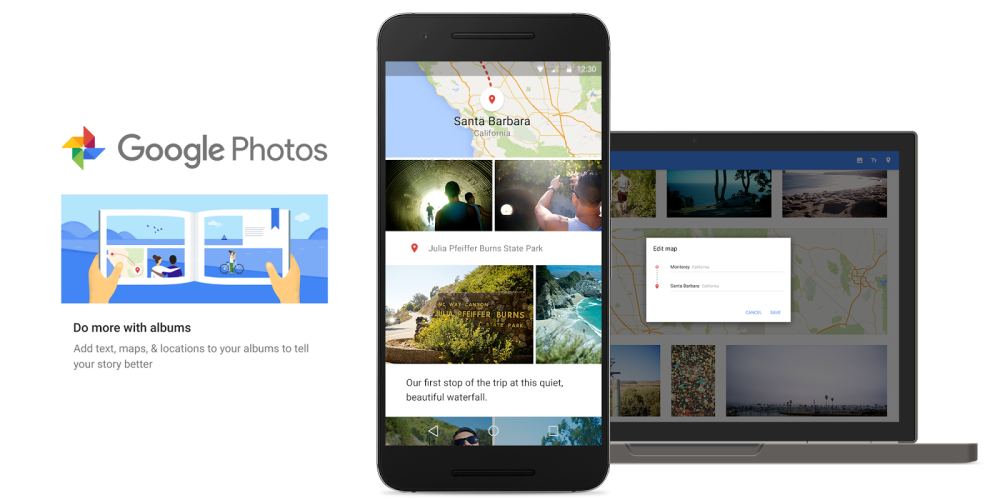 Google Photos launched last year with numerous smart features, like face and object detection, that make sorting and finding your photos much easier. While the Assistant feature can already create photo collages and animations from burst shots, albums are about to get smarter with more features in an update rolling out today…

Users will be able to manually add maps, drop pins, and add captions anywhere within an album. Like the other assistant features, Google Photos will also send users a notification to their phone when the smart album is finished and ready for viewing. It will also show up in the app’s Assistant tab until you save or delete it.

Fortunately, this update does not leave out older photo albums. You’ll of course be able to manually go in an add a map, location pin, or caption, and, like with any other features in Google Photos, you’re also now able to share their creation to other Google Photos users or with a web link.

Smarter albums can be created on Android, iOS, and the web, and Google says that the feature is rolling out starting today.