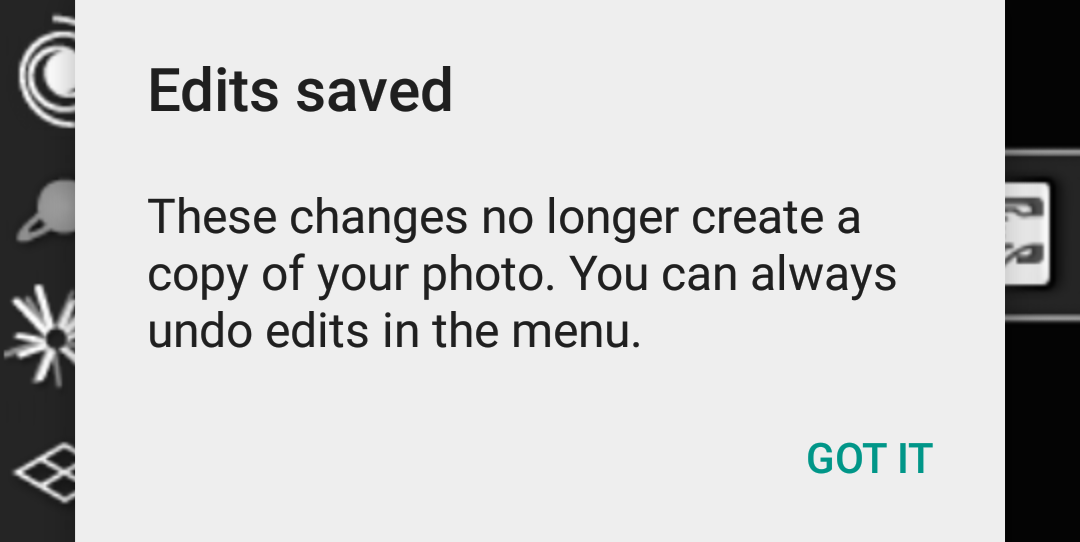 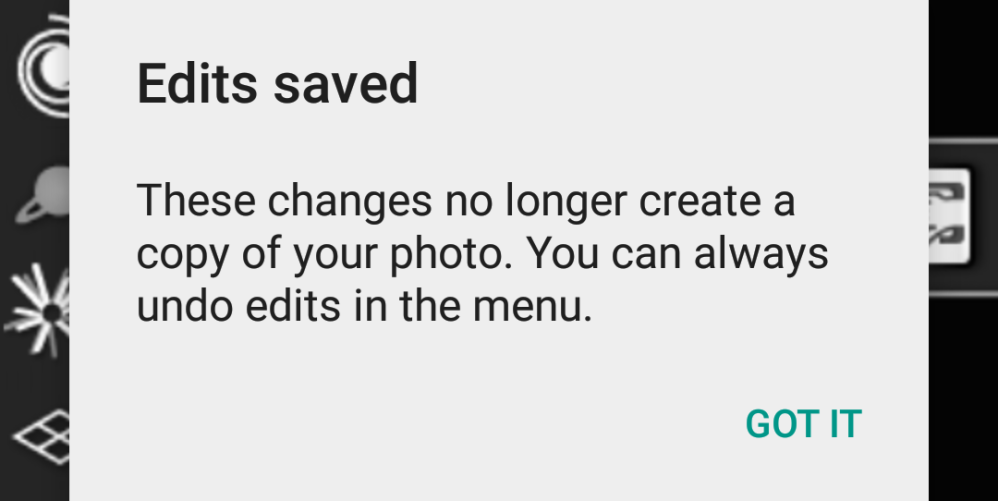 Google Photos for Android recently received a slight redesign in the form of a bottom bar that signified a change in the Material Design guidelines. A smaller app update today changes the behavior of how edited photos are saved.

Before today’s update, changes made by the built-in Photos editor would automatically create a new image. You’d have access to the original copy, but in a sense nearly identical images would be kept on the device and backed up to the cloud. Storage conscious users would have to manually delete the original photo every time.

Starting in version 1.17, the edited photo replaces the original on the device and in the cloud. A dialogue box will pop up informing users of the change after they edit their first photo in the updated app. Fortunately, you’ll be able to undo edits and get back the original image. Under the overflow menu in the edit interface, there is now an ‘Undo edits’ button. For those still using 16GB phones and those in countries where phones have significantly less storage, this will be a welcomed and convenient change.

At install, Photos now asks for a new permission to “measure app storage space.” As part of last week’s albums revamp, a reminder tells users that the previous story creations will soon be combined with the new albums for a “single, improved experience.”