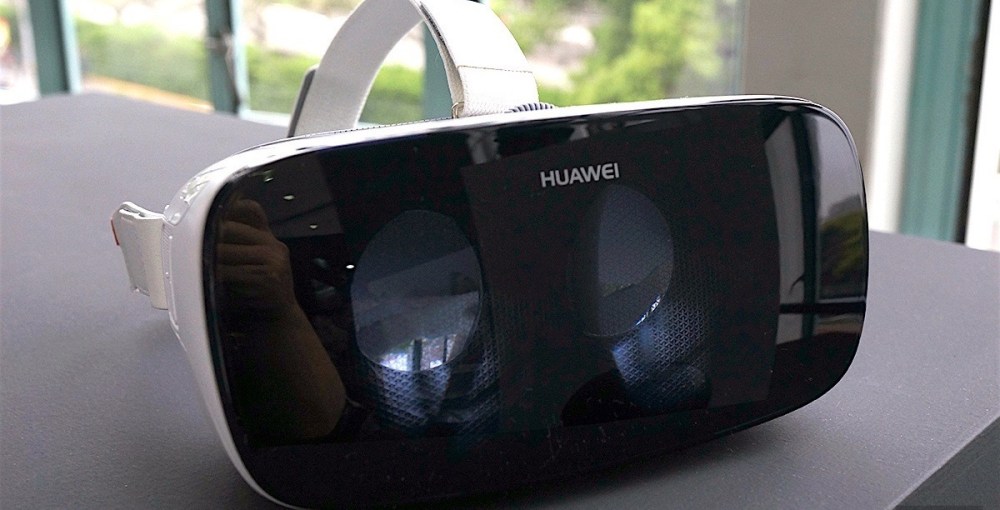 Huawei has today introduced a VR headset for its flagship smartphones (via Weibo). And, as you can tell, it looks a lot like Samsung’s Gear VR headset. This comes hot on the heels of the Chinese company’s introduction of its latest P9 and P9 Plus smartphones, and you might guess, this headset is fully compatible with them. It also works with Huawei’s previously-launched Mate 8…

While the headset is definitely familiar if you’ve ever used Samsung’s offering (it’s basically just a big plastic cradle for your phone with some hardware buttons), there are some things that set it apart. For one, Huawei is primarily going after the Chinese market with this and hasn’t even announced plans to bring it elsewhere. The Gear VR, on the other hand, has been available to consumers in the United States since November of last year.

According to the official Huawei Weibo page (which, hilariously, uses Apple’s “One more thing” phrase), the device is shipping with a virtual metric ton of content. Users should expect over 4,000 free movies at launch, more than 40 free games, and more than 500 panaoramic images and tours. All of this viewable on a 95-degree field of view with 20ms low latency and an anti-blue filter. 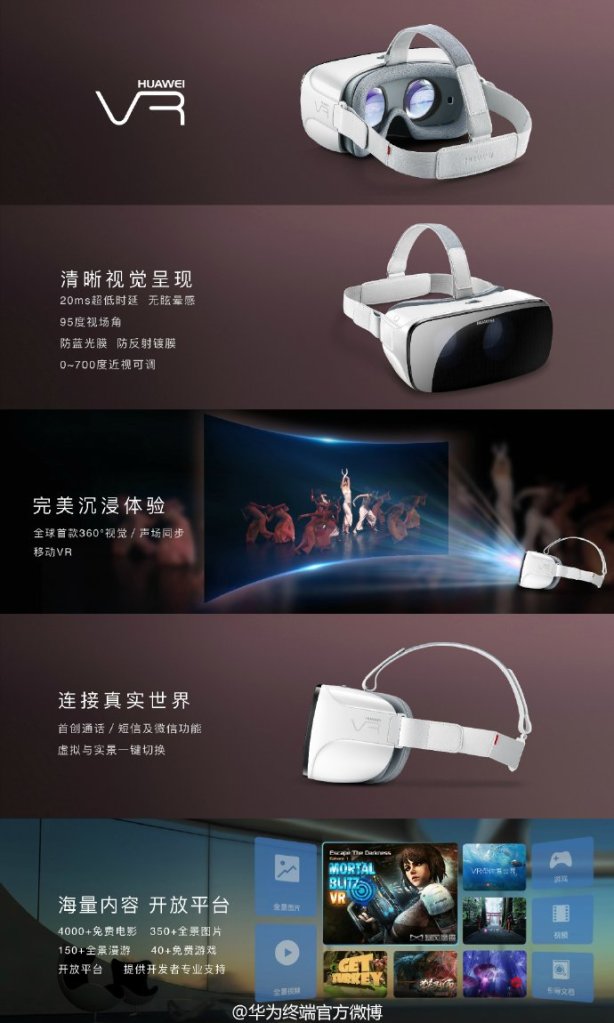