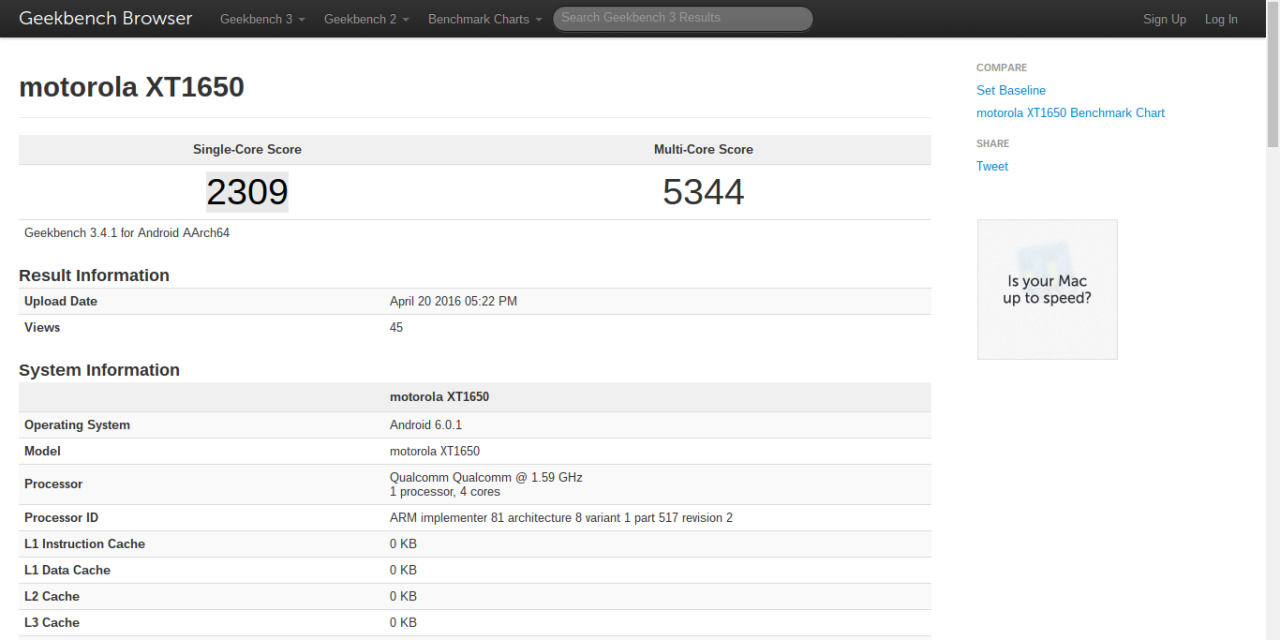 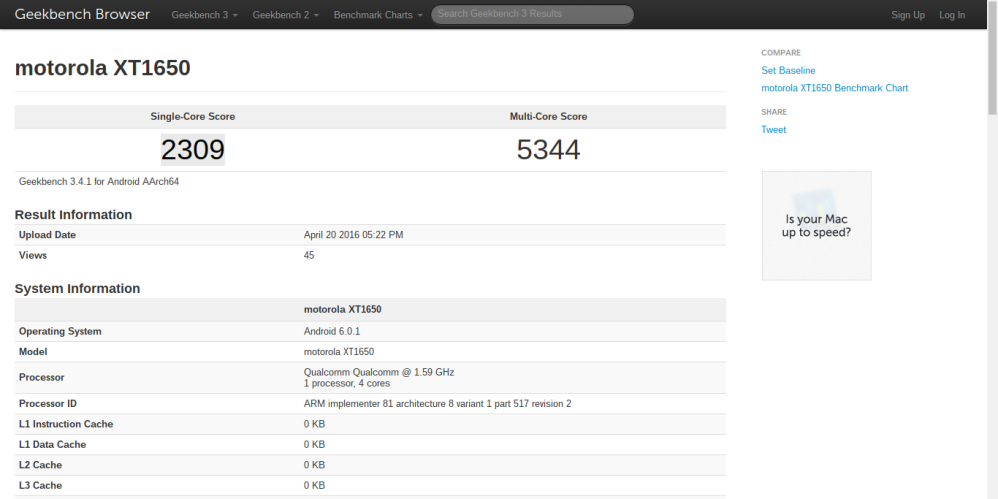 While the Moto G was well leaked in various photos and a hands-on video last week, not much is known about the actual specs of Lenovo’s upcoming Moto devices. However, a Geekbench benchmark (via Mobipicker) has surfaced today for a device that is possibly the next generation Moto X.

The motorola XT1650 — codenamed “Sheridan” — has a quad-core Snapdragon 820 processor, Adreno 530 GPU, and 4GB of RAM. With a 2309 single-core and 5344 multi-core score, this device is in line with this generation’s flagship devices. The XT1650 is also seen running Android 6.0.1 Marshmallow like other Moto devices on the market today.

In the grand scheme, these specifications and benchmarks are in line with every other 2016 flagship device. Lenovo will have to innovate on unique features in order to really make a dent among the Galaxy S7, LG G5, and HTC 10. Design-wise, a sketchy rumor from late last year points to a metal rear with a circular camera lens.

Earlier this year, Lenovo execs said that all future Moto devices will be larger than 5-inches and have a fingerprint sensor. From the leaked Moto G, we can assume the front fingerprint sensor will replace the dual front-facing speakers on the Moto X. The flagship will likely continue to have an Active Display that flashes notifications, though competing devices from Samsung have an always-on display.

According to the WSJ, Lenovo should announce new Moto devices sometime in July. With recent leaks, it’s likely that the entire Moto lineup will get a full refresh at the event.