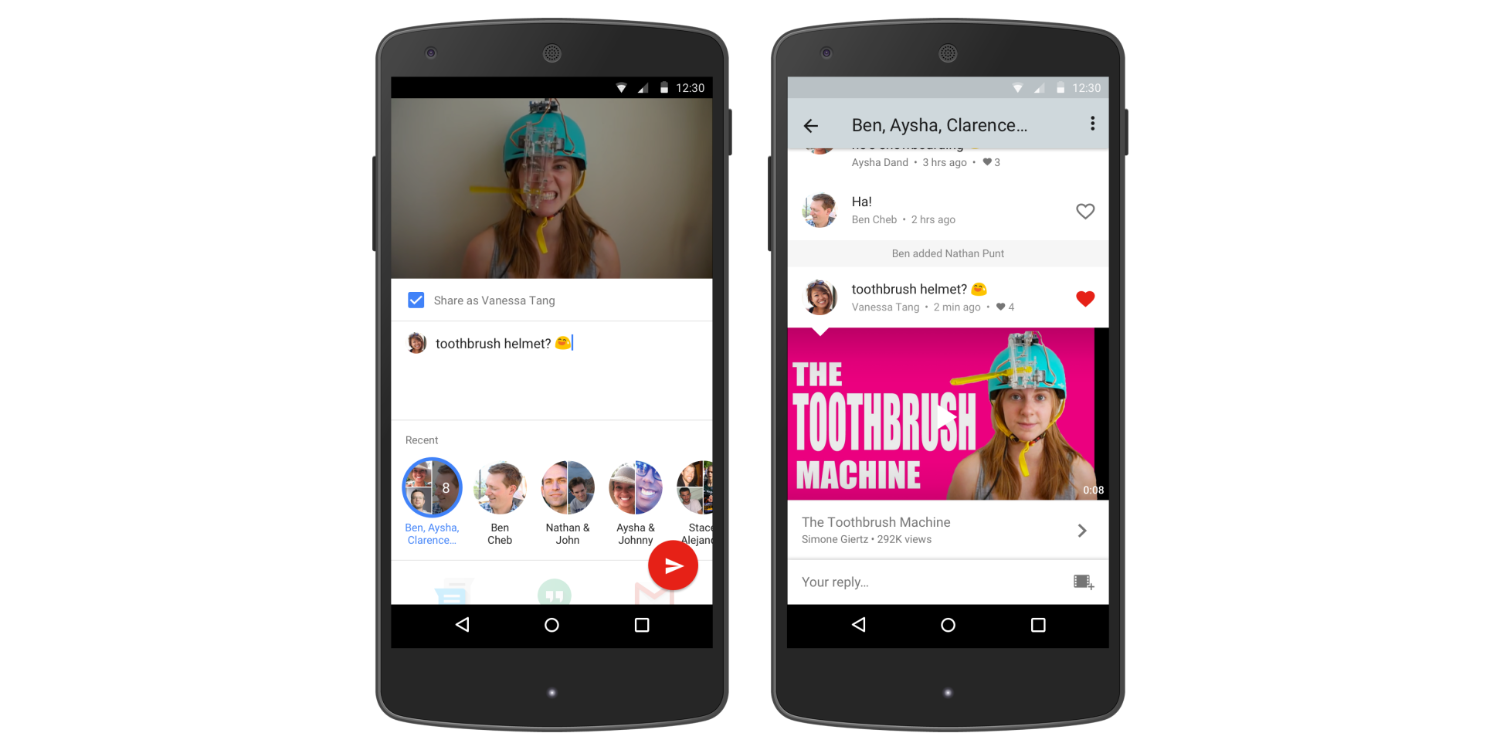 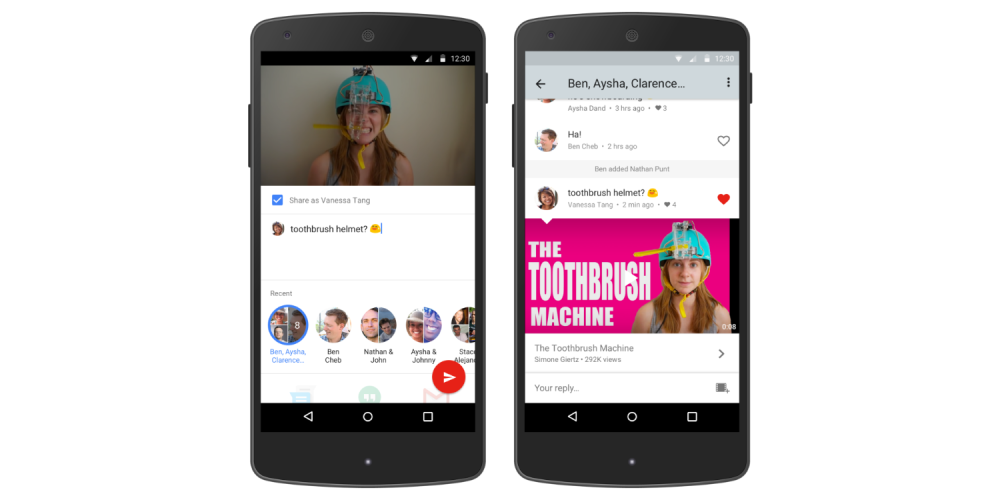 Starting today, YouTube is rolling out (via Wired) a new native sharing and messaging feature in its Android and iOS apps. While the video network is already a popular destination, YouTube wants to keep people in the app by having conversations about popular videos start and remain there.

The share menu on videos will now have a new option to send a video to an individual or a group of people. The share sheet will show recent people you’ve sent a video to and let you add text and emoji to the message. All messages are located in a new Shared tab in the mobile app next to profile.

Threads will let users like each other’s messages, add more people to the conversation, and watch shared videos. Users can reply back with text or quickly search for video right from a thread.

The sharing feature is only live for a small percentage of YouTube users. Those who have gotten the feature can invite more people by sharing a video and starting up a messaging thread.