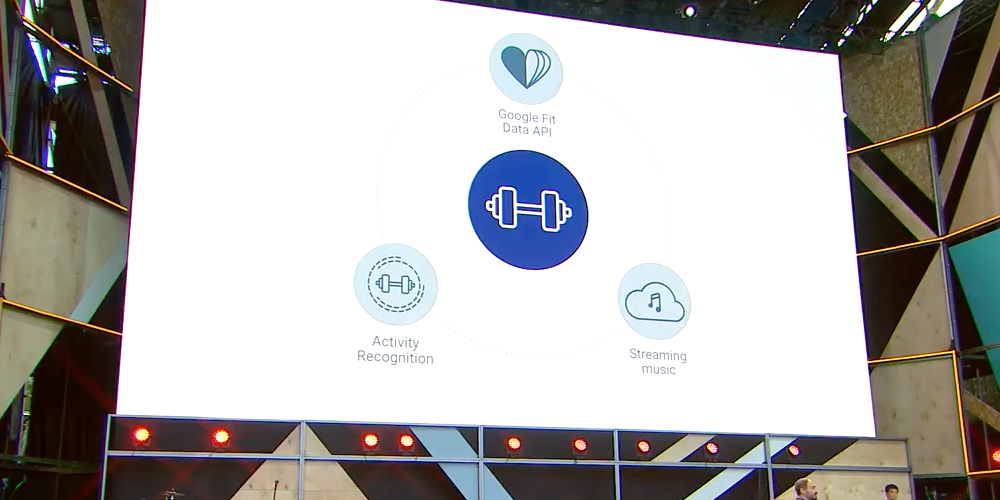 Google has announced a new version of Android Wear at I/O this morning. In the biggest update to Android Wear so far, version 2.0 has been redesigned with a focus on more customisable watch faces, fitness and messaging.

One of the biggest updates to Android Wear with 2.0 is that you can now customize any watch face to show information from any other app. For instance, you could have a calorie tracker from a fitness app and perhaps a t0-do from Todoist show up on any third party watch face, regardless of the designer.

Secondly, the new software includes new messaging tools. Those include the AI-powered Smart Reply, a handwriting recognition mode and even a touchscreen keyboard. While I struggle to see the tiny cramped keyboard as being useful, or an efficient way of communicating, the fullscreen handwriting recognition UI could be interesting to try out, especially if voice control doesn’t work well for you.

Third, Google has been working on ways to make sure you don’t need your phone when you go running, or want to track your hikes. With cellular watches, standalone apps will mean you can use the watch to its fullest without even needing a smartphone switched on. What’s more, you’ll even be able to stream music from apps like Play Music or Spotify, all completely disconnected from your phone.

In daily life this could be incredibly useful if you like to go running, but don’t want to have your phone attached to your arm in an unwieldy case, or around your waist.

While it’s a major update, Google’s chiefs spent very little time talking about it, but there will be several developer sessions over the course of I/O to go in to more detail. We’ll be sure to let you know of anything new that crops up.

Android Wear 2.0 Preview images are now available to download for both the Huawei Watch and LG Watch Urbane 2nd Edition.