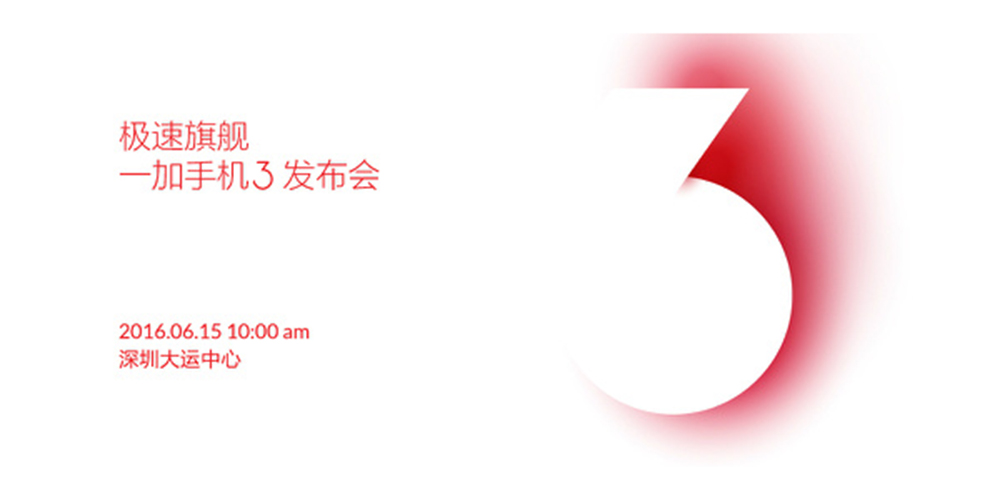 There’s very little we don’t know about the OnePlus 3. The Chinese company’s flagship’s marketing campaign has been boiling up for some time now, and between that and an array of leaked specs it’s only the official launch date we didn’t know.

According to a post submitted by OnePlus on Weibo, it looks like the wait won’t be long, with a June 15 date slated for its final unveiling…

The only caveat here is that the Weibo post specifically addresses China, leaving us to wonder whether an international launch will be simultaneous, earlier or later.

Rumors suggest that it may happen on June 14, and having the Chinese unveiling a day after the global one would indeed make sense; even though the 10AM time in China would technically be June 14 in, say, the US (7PM and 10PM for PST and EST respectively).

We know for sure that OnePlus is setting up a VR space called “The Loop“, and users getting access to it will be the first able to actually purchase the 3.

To do so, OnePlus is also sending its own Loop VR headsets, whose shipments are set to commence on June 6 — which leads us to think that any date around June 15 would be more or less suitable.

The only other thing to consider is that its just-announced Lab project is set to begin by the end of the week — when the application time is over — leaving a relatively short window for users to get their 3s shipped and used extensively enough to write a small review.

The dedicated page on OnePlus’ Chinese website also shows a clock with various highlighted points, which are probably linked to when further details or teases are to be revealed. The dates are June 2, 3, 7 and 12.

However, save for well-kept secret features, we pretty much know everything about the 3 already — and even have official-looking renders to accompany its specs.

Speaking of, the next OnePlus all-metal flagship should sport a 5.5″, 1080p AMOLED panel, a Snapdragon 820 processor backed by either 4 or 6GB of RAM (likely depending on the configuration), a 3000mAh battery and all sorts of goodies like USB-C and a front-mounted fingerprint scanner.