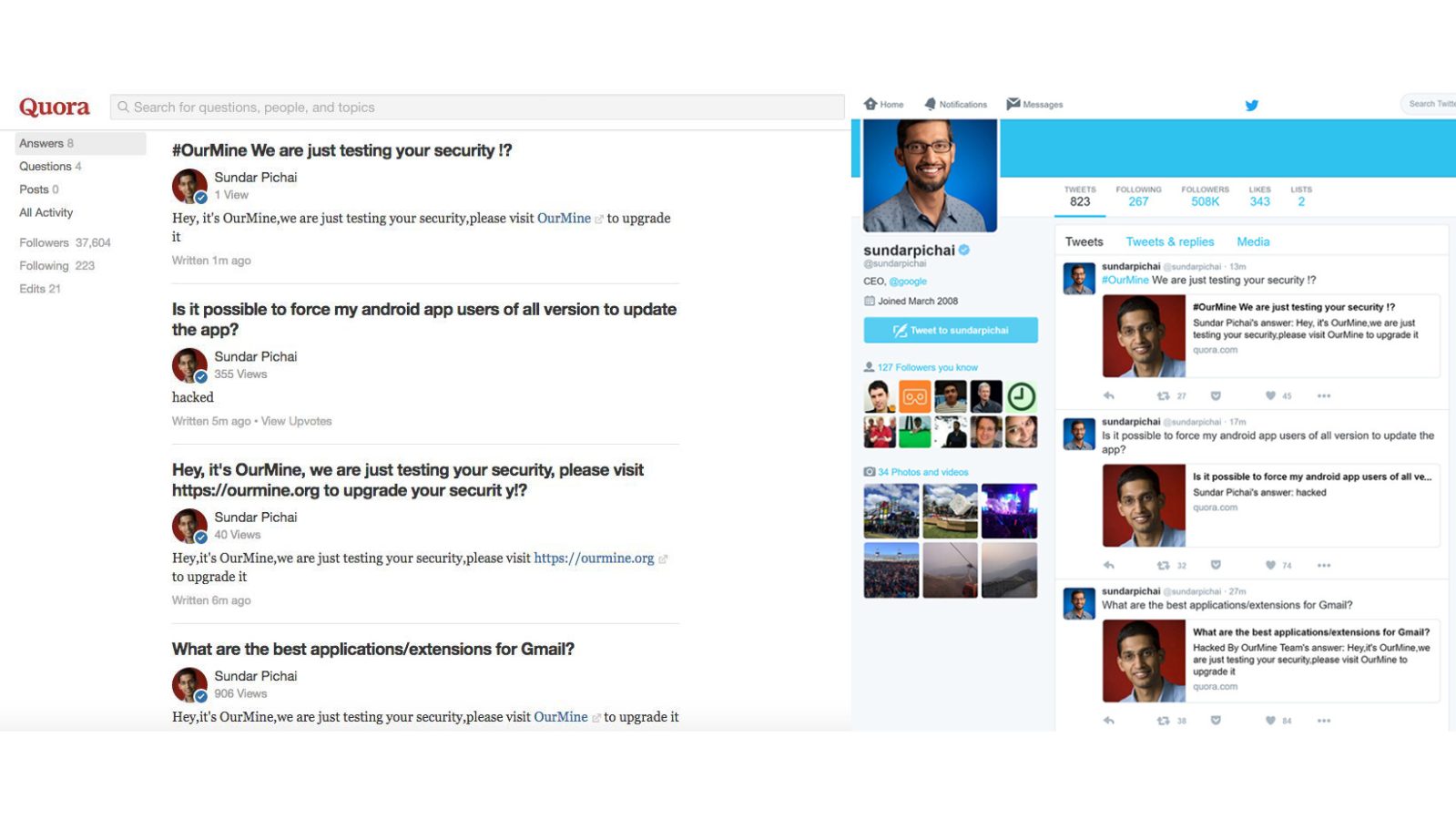 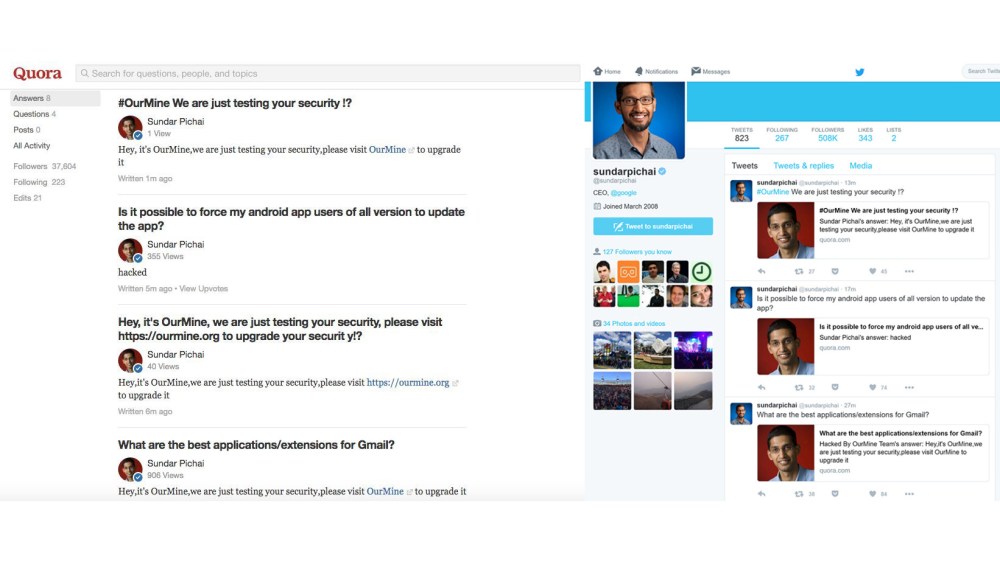 Cybersecurity is one of the most important — and talked about — aspects of our digital lives, and a high priority amongst tech companies. Just this past week, Google made it easier for users to adopt its two-factor authentication system, but ironically, it was none other than its CEO Sundar Pichai that saw his account hacked earlier today…

A few hours ago, in fact, Pichai’s Quora account started sending curious messages that were definitely too weird to be coming from him. But the nature of those message also made it clear that the team behind this intrusion wanted itself to be known.

The three-man operation is run under the name “OurMine“, and they are the same people who entered Mark Zuckerberg’s Pinterest account last month, as well as Daniel Ek’s (Spotify‘s boss) Twitter. Rather than posting hate messages, however, OurMine literally just tries to let itself be known, claiming that hacking accounts of people with these many followers simply serves a “security test”.

They enter someone’s profile and, by posting one of their message, they promote themselves, saying that they can help to fix the security breaches that led them in in the first place. It is certainly bizarre, but for at least a few hours, Quora’s auto-tweet function made it so that all those messages — which have since been removed — appeared to Pichai’s 5ook+ Twitter followers.

Whether Google’s CEO actually paid to get his account back is unclear, but OurMine claims that by offering its “services” they already made something in the neighbourhood of $16,5000 — with charges up to $5,000 for “scans” of social media accounts, site security holes and other kinds of vulnerabilities.

Not everyone is willing to pay though, of course; were OurMine to enter deadmau5’s account, for instance, all they would get is the chance to have a little fun. As per the famous music producer, in fact, they could “go fuckin’ crazy“, as his only preoccupation is — rightly — to “make music”.