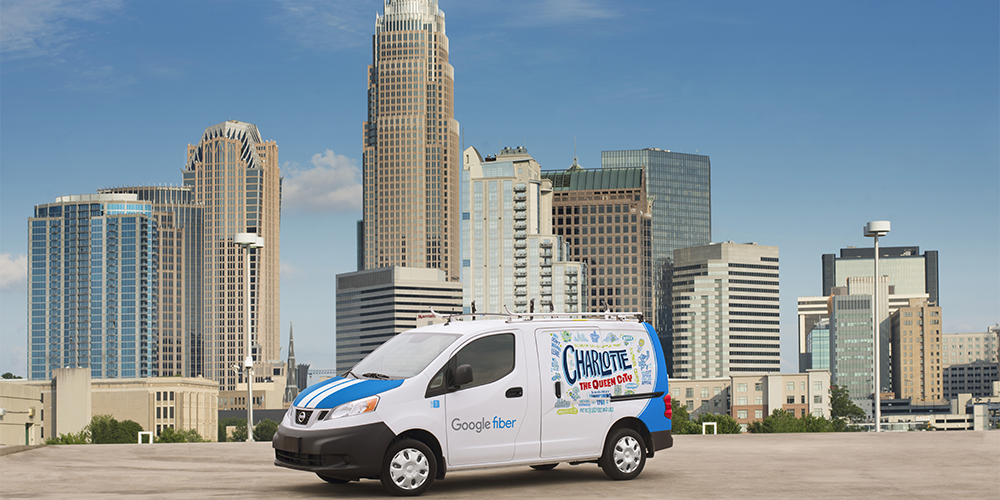 Google Fiber sign-ups are now open in Charlotte, North Carolina. Specifically, both residents and businesses in the Highland Creek neighborhood will be able to join one of three plans. The Charlotte expansion was announced at the beginning of last year along with Atlanta, Nashville, and Raleigh-Durham.

The cheapest plan gives users 100 Mbps uploads and downloads for $50 per month, with 1,000 Mbps starting at $70. For $130, users will also get a TV service. Residential plans also include the option to sign up for the recently announced Fiber Phone service.

Google is also introducing plans for eligible small businesses in Charlotte. Starting at $70, business users will get 100 Mbps upload and download speeds. 250 Mbps starts at $100 and 1000 Mpbs will cost $250. Those in the existing Fiber cities of Kansas City, Provo, Austin, and Nashville will have until July 31st to sign up under the Early Access program, with regular pricing kicking in on August 1.

Residents will have a limited time to sign-up as Google intends to “focus resources before we move on the next area.” New neighborhoods will come online as network construction is completed in those areas.

As Fiber has done in other cities, there will be a plan for families and areas in need. A Broadband plan will get 25 Mbps for $15 a month. The free 5 Mbps plan that was available in the first Fiber cities appears to be getting phased out with new launches.

To learn more about Fiber, the Charlotte Fiber Space is now open at the Philip Carey Building. There potential subscribers will be able to test the Fiber Internet and television service.