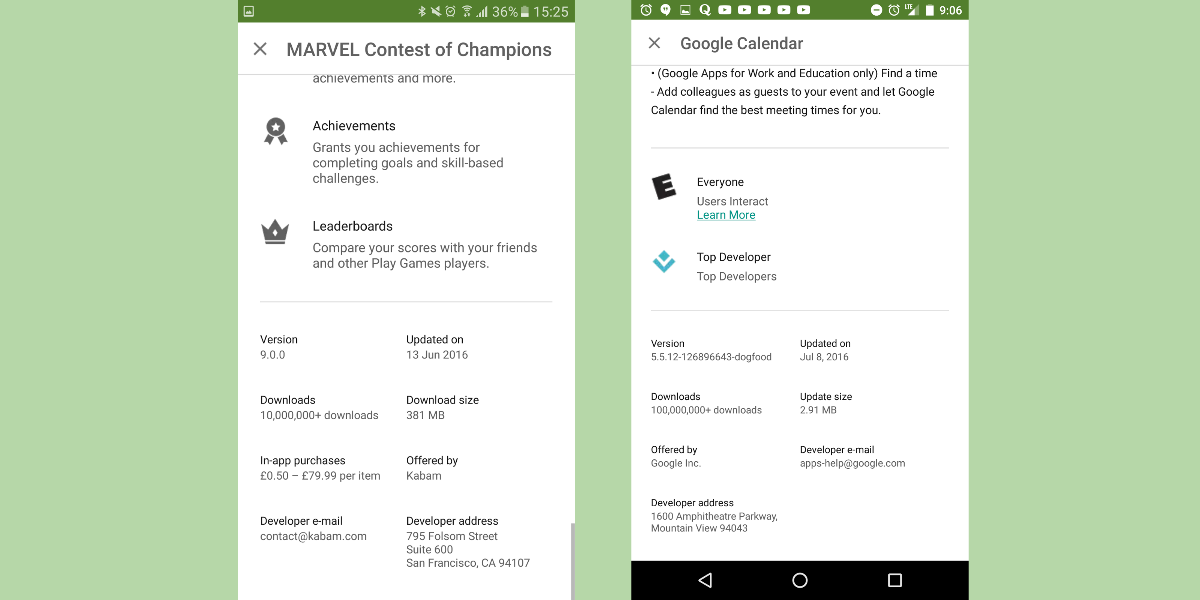 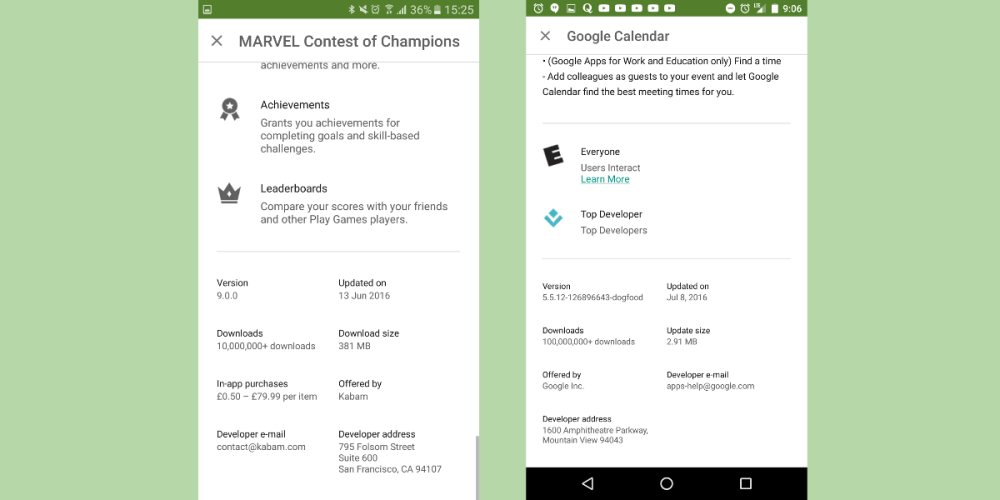 Google notes that Android developers are now more frequently pushing updates to their apps. To insure that the frequent fixes don’t affect user cellular plans, the Play Store has several new features to reduce and be more transparent about data usage.

The Play Store and Android have long championed the use of delta updates for APK files. Instead of downloading the entire file when installing an update, only the changes are downloaded and then merged with the existing files. According to Google, approximately 98% of updates over the Play Store only download changes to APK files. A new algorithm was recently rolled out that further reduces patch sizes by 50% or more.

Most games and VR apps use APK Expansion Files to include additional large files, like high-resolution graphics or media files, after the main app has been downloaded. With additional content having a max size of 2GB, delta and compression algorithms are now applied to Expansion Files. The roll out has seen initial installs reduced by 12% and updates by 65% on average.

The last change is more user facing with the Play Store app now displaying information about data used and download sizes in an app listing. Actual download sizes — not just the APK file size — are listed when users scroll down to see additional app info. For already installed apps, update sizes will be listed before downloading. These changes to the Play Store are rolling out now.