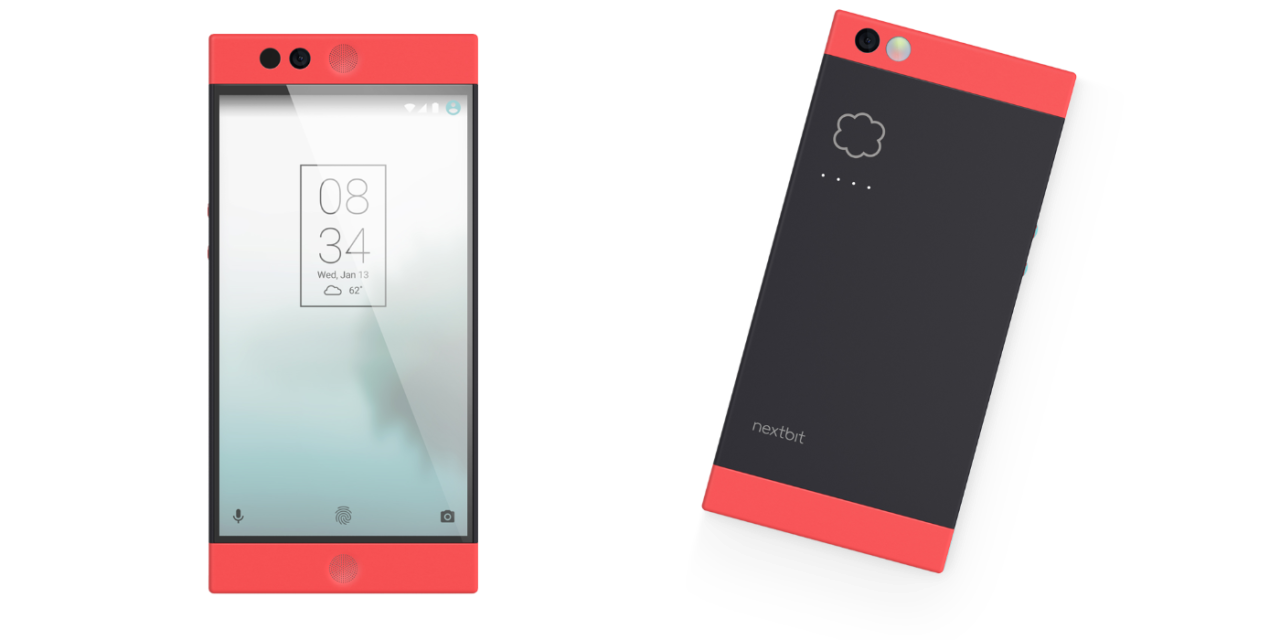 As teased during a separate announcement earlier this month, Nextbit has released a red variant of the Robin. The “Ember” model features a dual-tone red and black design that is quite stark. Best of all, this variant is available for the same $299 sale price on Nextbit’s online store.

Like the special “Electric Blue” version for Kickstarter backers, the Ember has a black body, but bright red end caps for the top and bottom speaker. The fingerprint sensor and volume buttons are also red and make for a quite beautiful contrast against the black sides. Unfortunately, the USB-C cable that’s included in the box remains mint.

The Nextbit Robin is similar in specs to last year’s Nexus 5X, but with more RAM and base storage. It is powered by a Snapdragon 808 processor with 3GB of RAM and 32GB of internal storage. A 5.2-inch 1080p IPS display is on front while a 13 MP camera with phase detection autofocus and dual-tone flash is on the back.

The marquee feature of Robin is a 100GB cloud locker that stores all user and app data for quick recall when internal memory is running low. Users will soon be also to access that data through a web interface.

Ember joins the Mint and Midnight colors available since launch. All models from Nextbit’s store are available for $299. Amazon has the same price, but only in the two previous colors for now.