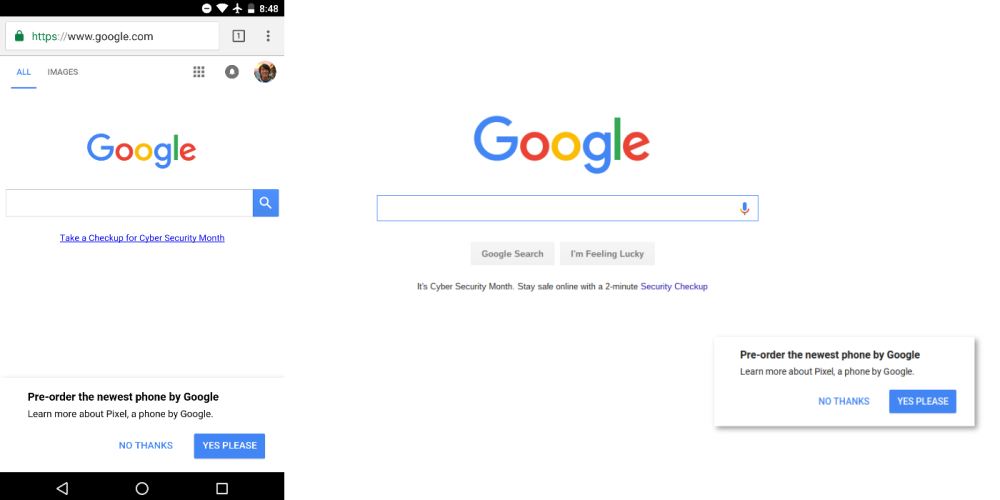 Like with previous Nexus devices, Google is advertising the Pixel on the most visited website in the world. A pop up (via Android Police) on both mobile and desktop asks if users want to pre-order the Pixel with a link to learn more about the device.

Past promotions for Google’s hardware were much bolder than a simple pop up on the bottom right corner of desktops. Advertising for the company’s first tablet featured a Nexus 7 peeping up from underneath the page. Meanwhile, the Nexus One and other phones were linked to just underneath the search bar.

The ad is rather prevalent and will remain there between visits until you take an action on it. Tapping “Yes Please” will direct users to the Pixel product page on the new Made by Google site and not the Google Store order page.

A pop up is likely much more noticeable than small text underneath the search box, which at the moment is promoting Cyber Security Month. Presumably, we’ll see more advertisements for the Pixel on the Google homepage throughout the year. The company has been plastering cities like London and New York with Pixel billboards, posters, and even structures. 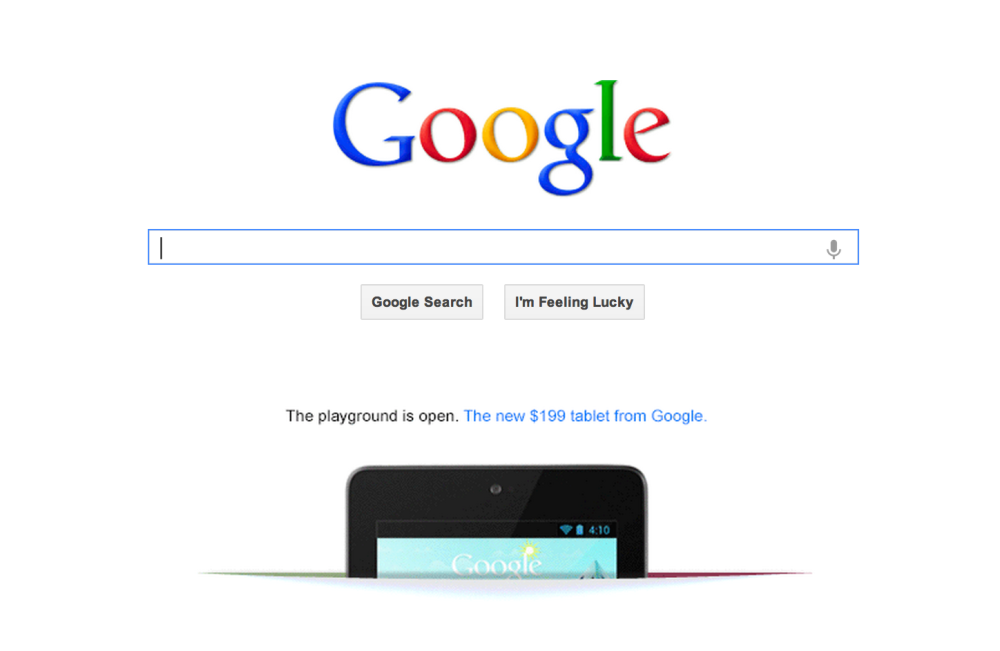